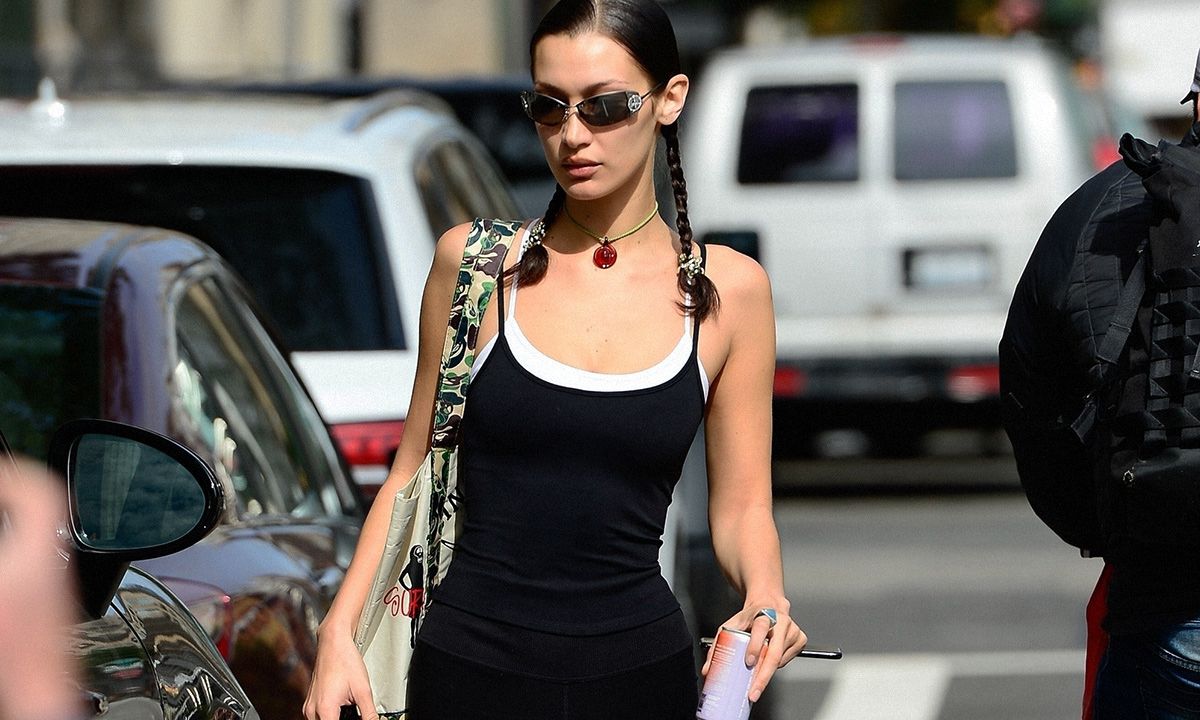 When it comes to style, Bella Hadid has always been known to excel in the shoe business.

With a few sneakers from the Off-White â„¢ x Nike collaborations signed by Virgil Abloh himself in his collection, coveted pairs including the Jordan 1 by Travis Scott, and a pair of Louis Vuitton sneakers by Lucien Clarke with a special signature, the The model’s arsenal of sneakers is one to be envied. From the Swoosh, the model wore classic Air Force 1s, Shox, Stussy’s Air Zoom Spiridon, Dunks – you name it – and also ran a Cortez campaign in 2017.

However, lately Hadid seems to have ditched the Swoosh for other labels including Salomon, ASICS, and New Balance – much like most of us who keep taking L’s on the SNKRS app (I don’t think Bella Hadid even needed the app to secure her pairs, but still).

The model was spotted rocking a pair of Kiko Kostadinov GEL-QUANTUM LEVITRACKs in London in August even before their release and has since been seen in the pair on several occasions – both on her Instagram as well as in photos by paparazzi outside the service. She’s riding the ASICS wave until 2022, and we love her.

Of course, she also wore Salomon, much like everyone else following the Gorp Core movement. She has a soft spot for the S / LAB XT-4 ADVANCED in a bright red color and has worn them several times alongside another pair of XT-6s in a monochrome gray.

Then we have New Balance, with the popular 550 being a staple along with some of the brand’s other classic silhouettes.

The list wouldn’t be complete without adidas. Much like Rihanna, ASAP Rocky and the rest of the world, Bella jumped on the Samba train. Spotted in several colourways of the retro silhouette, Hadid alone led to a peak in Depop’s research for the shoe.

Besides the Samba, another retro silhouette that seems to have made multiple appearances is the Forum, as well as the adidas x Wales Bonner Nizza Low. She also did a 180 and wore Kanye West’s futuristic YEEZY 450 in “Cloud”.

Finally, another collaboration worn by Bella is the Prada x adidas Luna Rossa in the black colourway, which makes us excited for the next collaboration which is due out soon (teased by ASAP Rocky).

The list of shoes Bella Hadid has worn is incredibly long – we’ve barely scratched the surface. When she’s not rocking a pair of sneakers, she joins post-sneaker society in a pair of moccasins or a chic leather boot.

As a woman who has loved shoes for a long time, it’s refreshing to see Bella’s effortless take on sneakers, wearing both insanely expensive and limited-edition versions, as well as general silhouettes that won’t cost you more. of $ 50.

Needless to say, she wears her shoes, which maybe means she has the best shoes in the game.