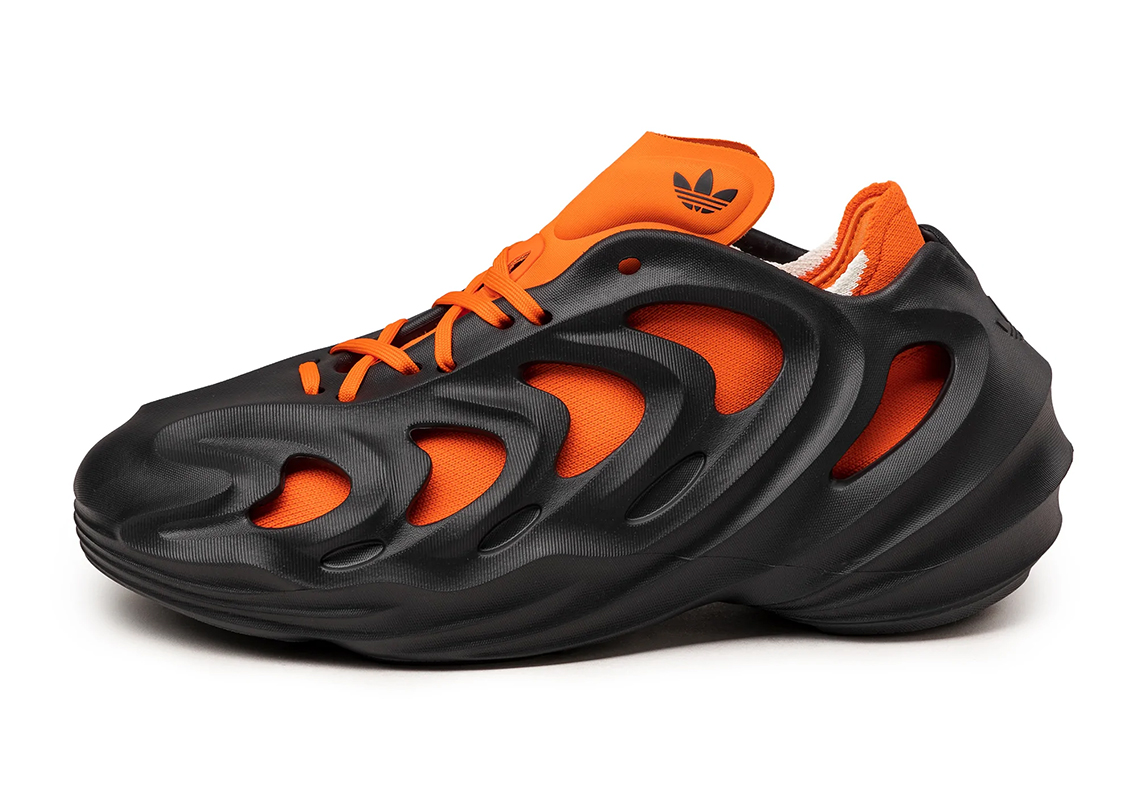 The adidas AdiFOM Q has not been free from controversy since its debut via unofficial and official images. And while the shoe resembles the hugely popular Yeezy Foam Runner, it’s about to cement its own identity.

Inspired by the adidas Quake silhouette from 2001, the foam and mesh silhouette features curved perforations on the profiles, marking the greatest similarity between adidas and Ye designs. The AdiFOM Q, however, is more in line with traditional shoes given that it has laces, tongue and other components instead of the one-piece nature of the Foam Runner. Its second colorway pairs “Core Black” with a bright orange, with the latter hue livening up the removable inner bootie for a customizable experimental look. Only time will tell if the Three Stripes design will rival Mr. West’s, but what is certain is that the shoe is a breath of fresh air for the German sportswear giant.

Enjoy product images of the pair ahead, and find the shoes available through the adidas CONFIRMED app and other stockists on Thursday, September 15, for $120 USD.

For more under the Three Stripes umbrella, check out the latest Yeezy slides.