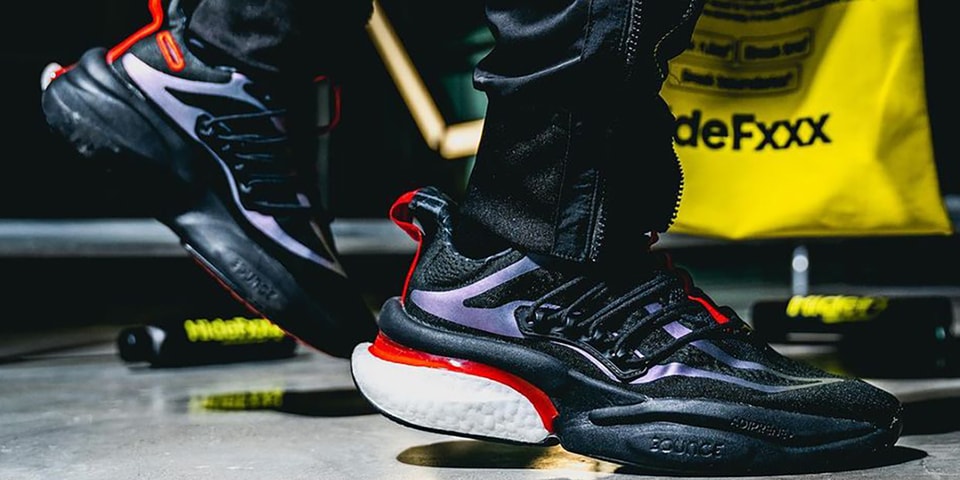 With Pausing all sales and production of YEEZY models following the termination of the historic partnership with Ye, the brand is now shifting into high gear and focusing on promoting its existing line and future models. In the latter category is this newly resurfaced lifestyle runner which is rumored to be dubbed the AlphaBOOST V1 – but this has yet to be confirmed by the German sportswear company.

First images of the low-cut pair have revealed an array of striking details. The first element that catches the eye is its lacing system, as the shoe laces extend past the throat and wrap around the quarter panel molds to form a similar aesthetic, but not quite. like the popular Nike Air Presto. Shimmering, iridescent overlays also liven up the black mesh uppers as they highlight the side panels. Elsewhere up top you’ll find hits of red drizzle on the throat and heel tabs.

Downstairs, the single unit is designed with high-tech construction. The forefoot appears to be filled with adidas BOUNCE and adiPrene cushioning as shown on the outside while the rear is loaded with BOOST foam.

No release information has yet been announced, but you can probably expect them to hit shelves in the coming months.

In other news, Pharrell teased an adidas Humanrace Samba.