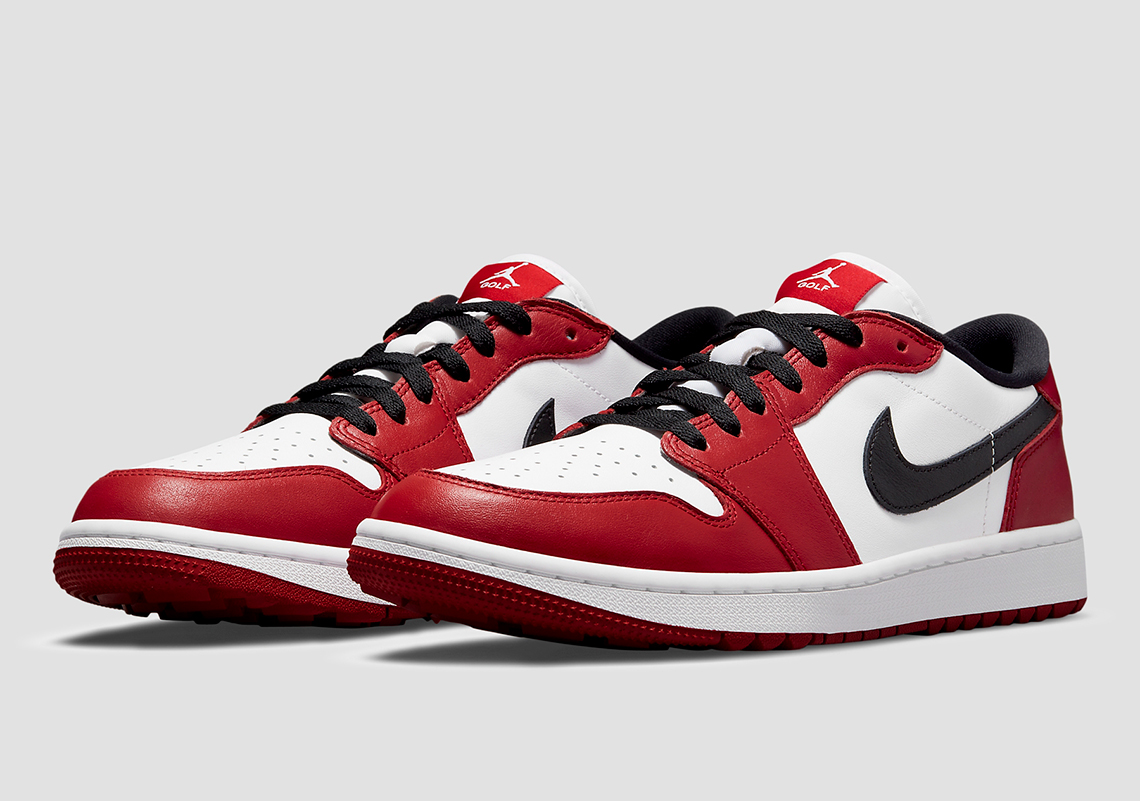 Throughout the second half of 2021, the Nike Umbrella began making golf-centric upgrades to their most popular silhouettes. And coming this year is just another, the Air Jordan 1 Low Golf, which competes very easily with the Air Jordan 4 and Air Max 97 before it.

To help usher in the new model, the brand applied a classic “Chicago” colourway to the shoe. Bright reds, as expected, dress up the outer overlays, while the base shines in white much like the adjacent midsole and tongue. Black, then, dyes the Swoosh and the laces, completing the beloved tribute to the Bulls. The brand elsewhere, however, deviates much more from the status quo: the tongue, for example, swaps its usual badge for a dress-up patch of a Jumpman and emboldened “GOLF” text. This is also found on the insole but not on the outsole, the logo of which opts instead for a Swoosh.

For a closer look, check out these early images. A release will definitely come later in 2022, possibly once the weather starts to clear up.

In other news, another BAPE Reebok collaboration is apparently coming later this month. 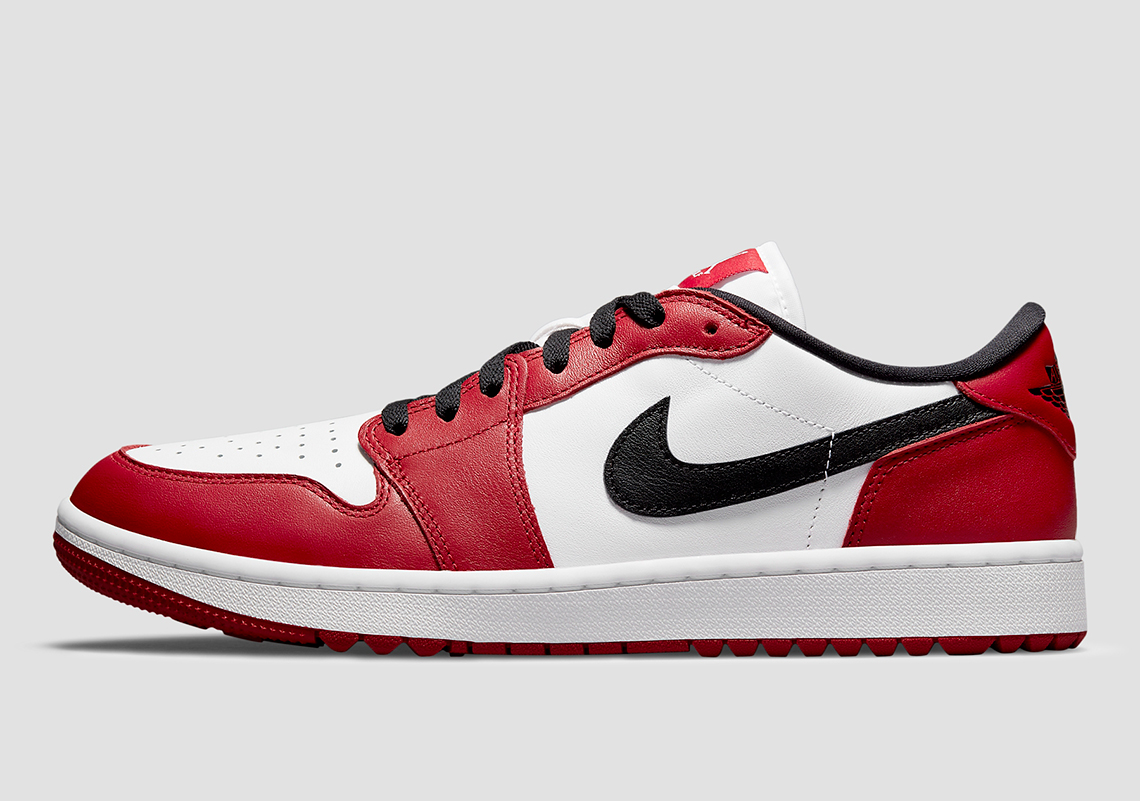 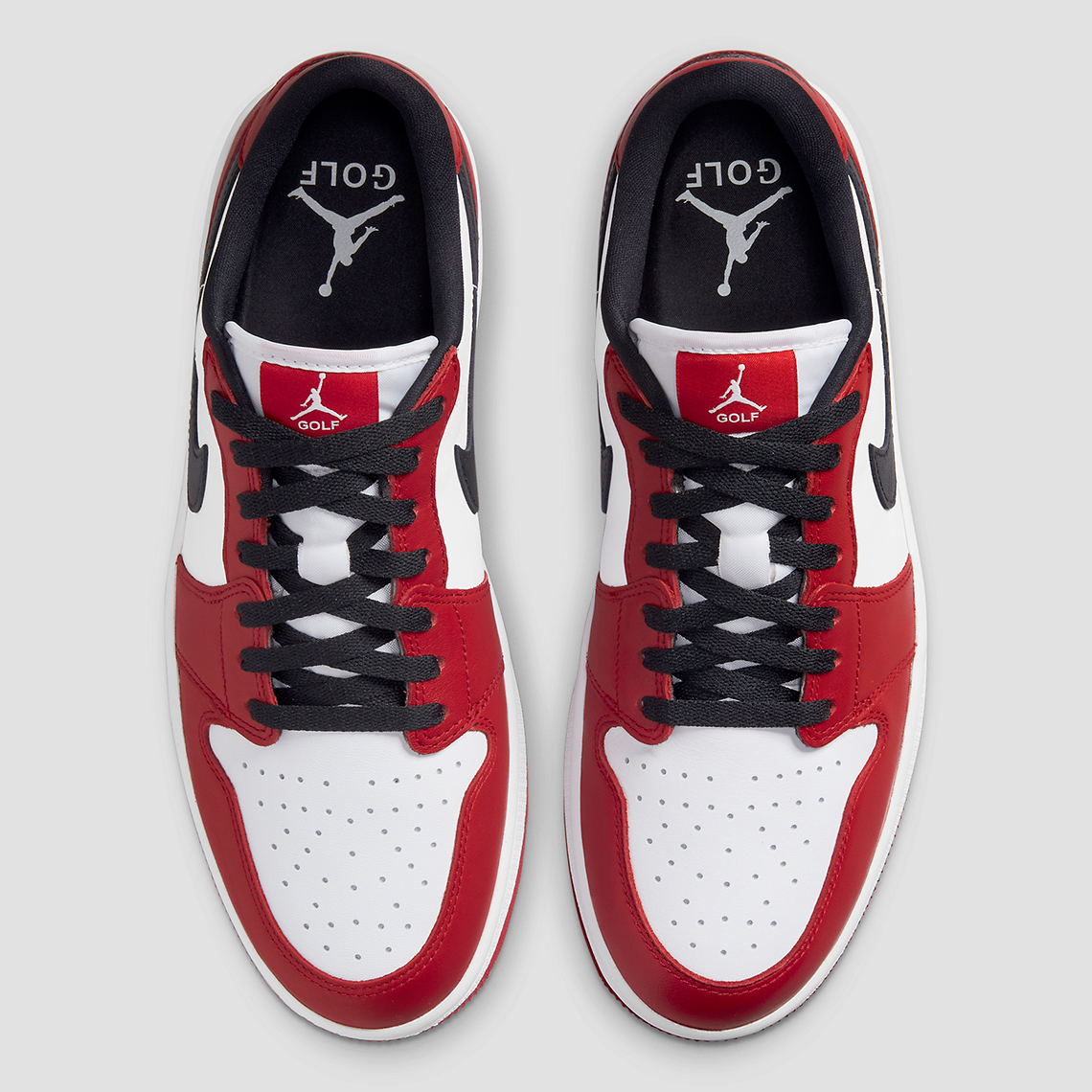 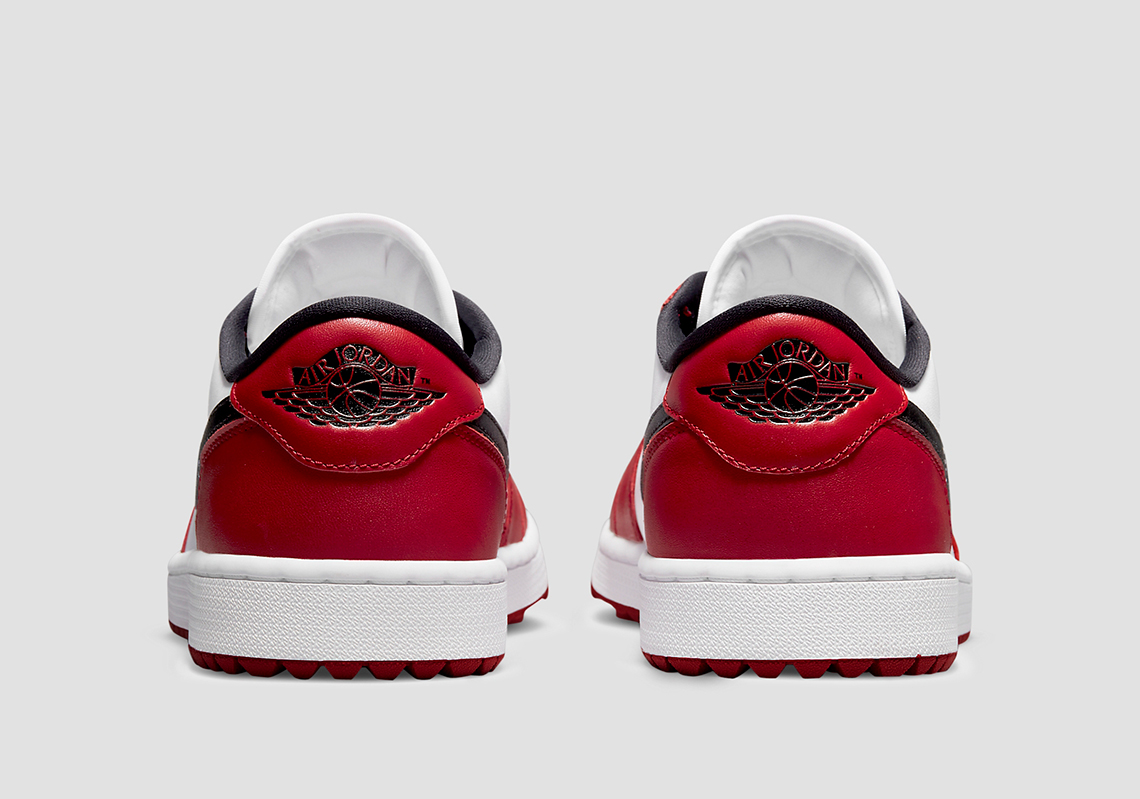 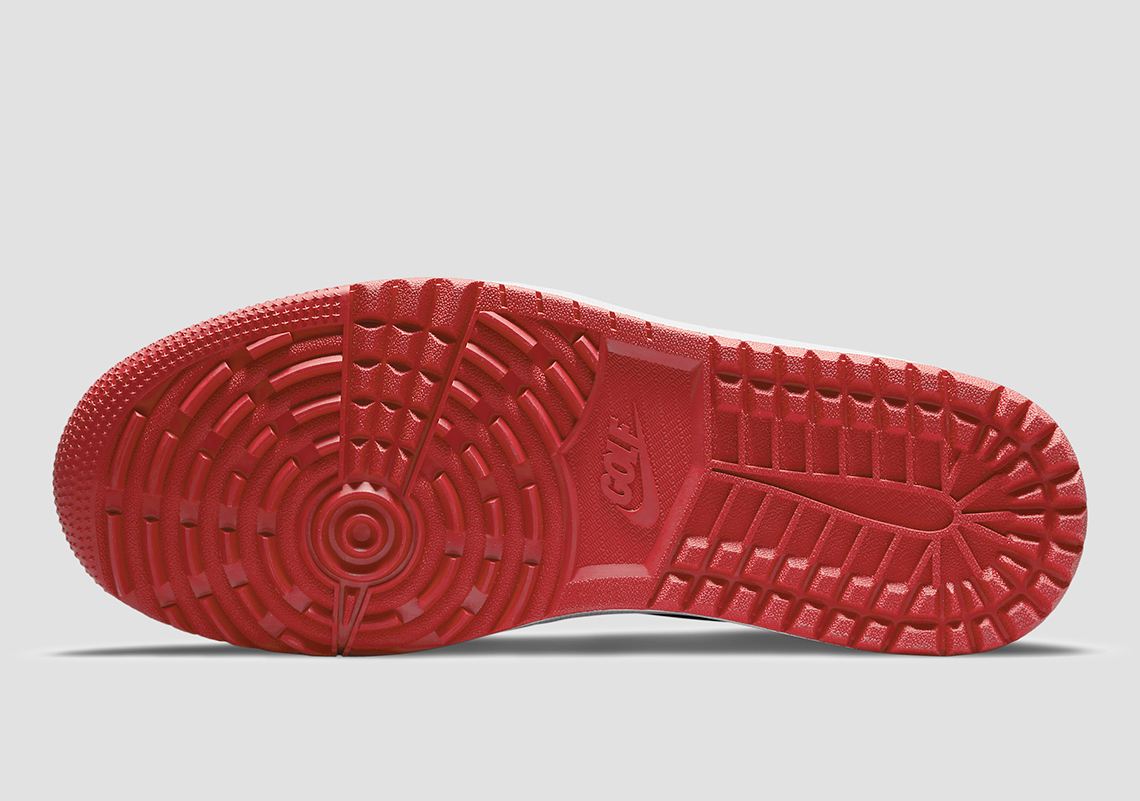 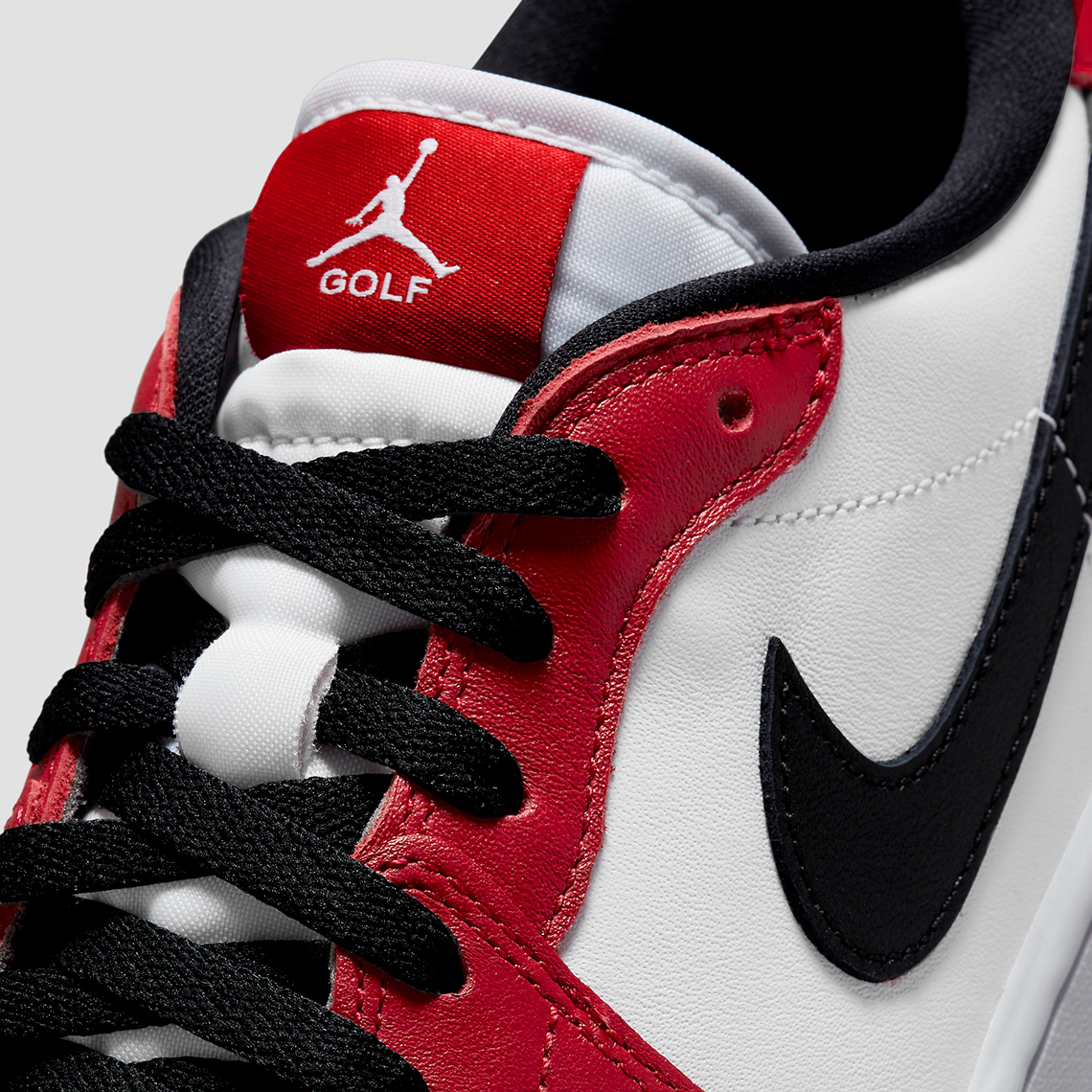 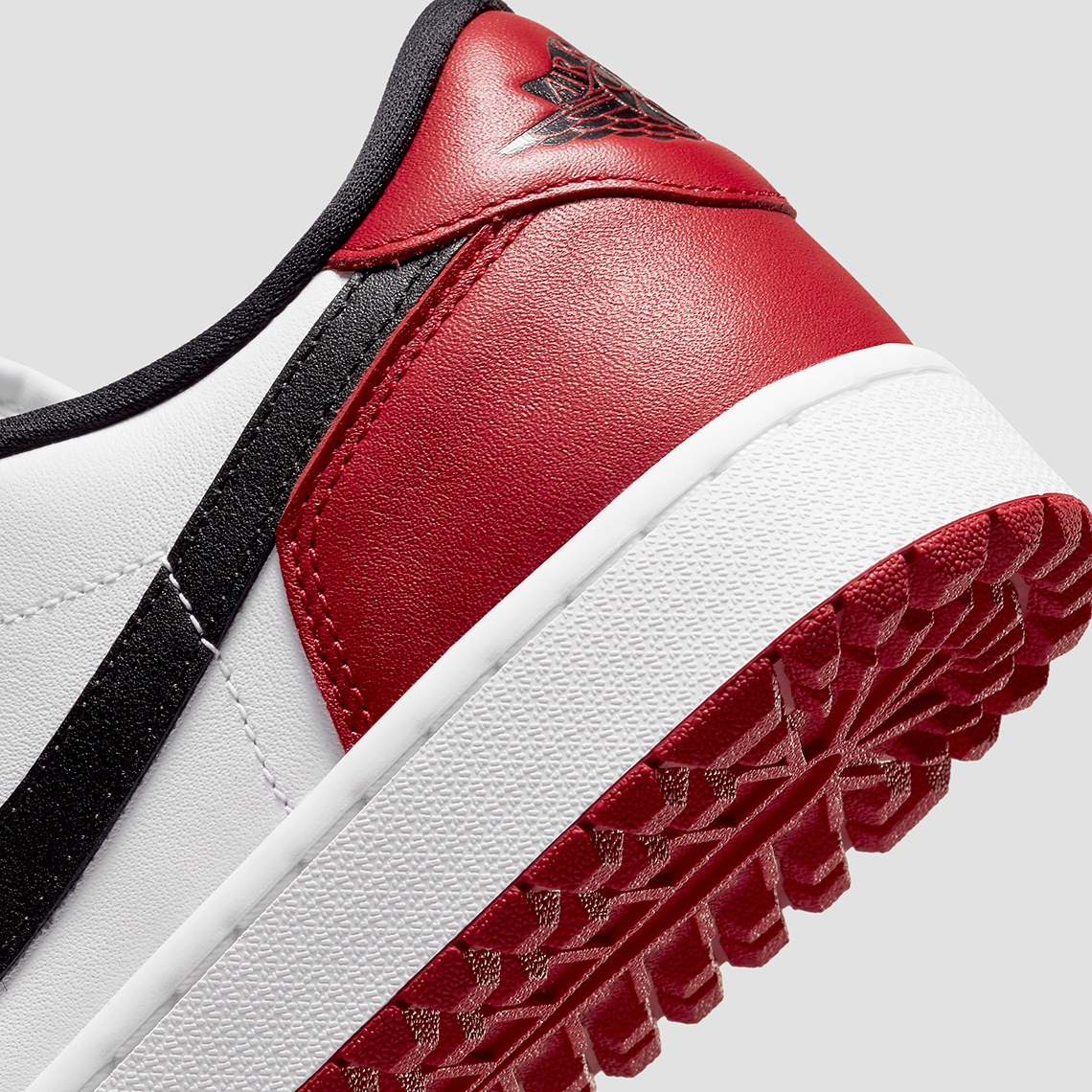 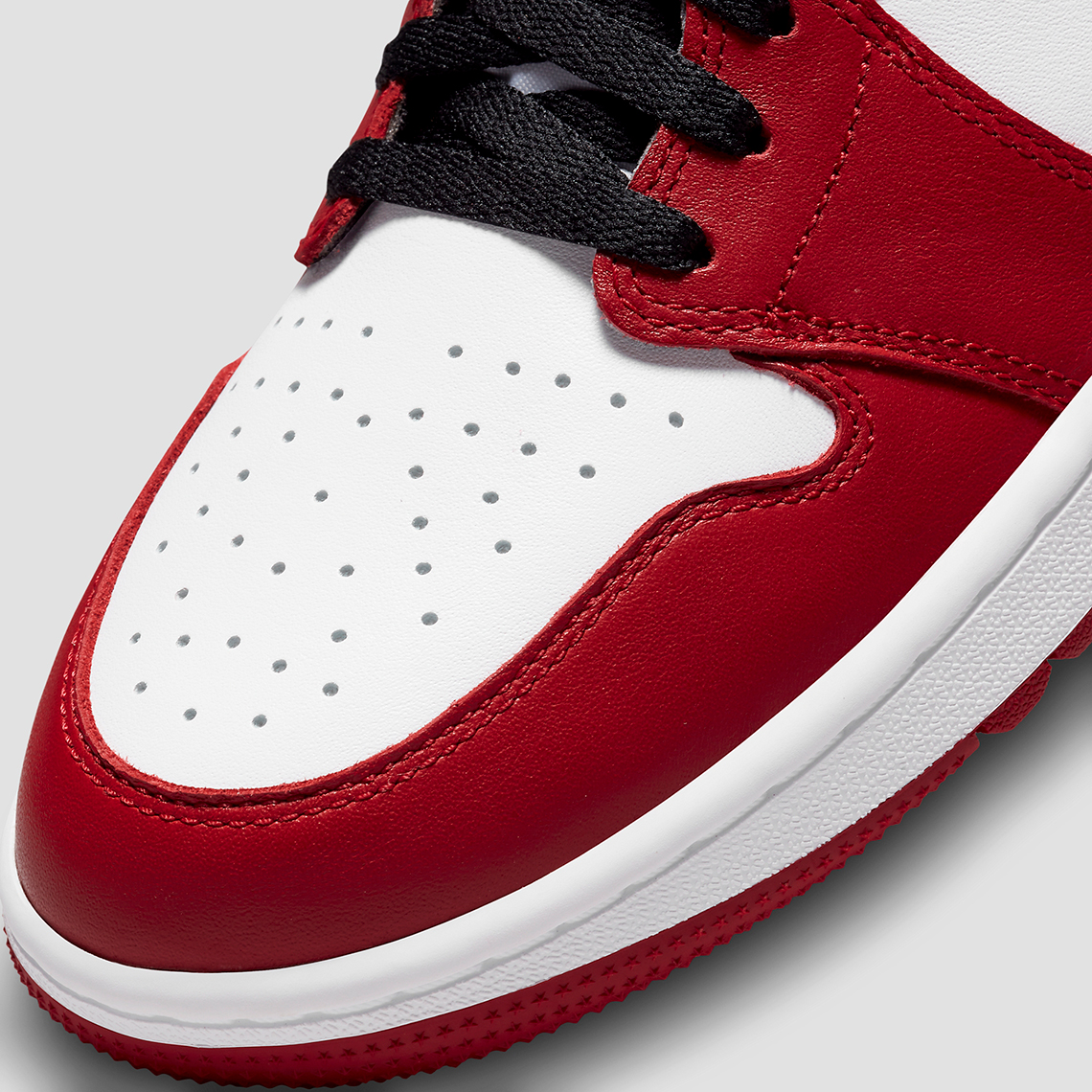 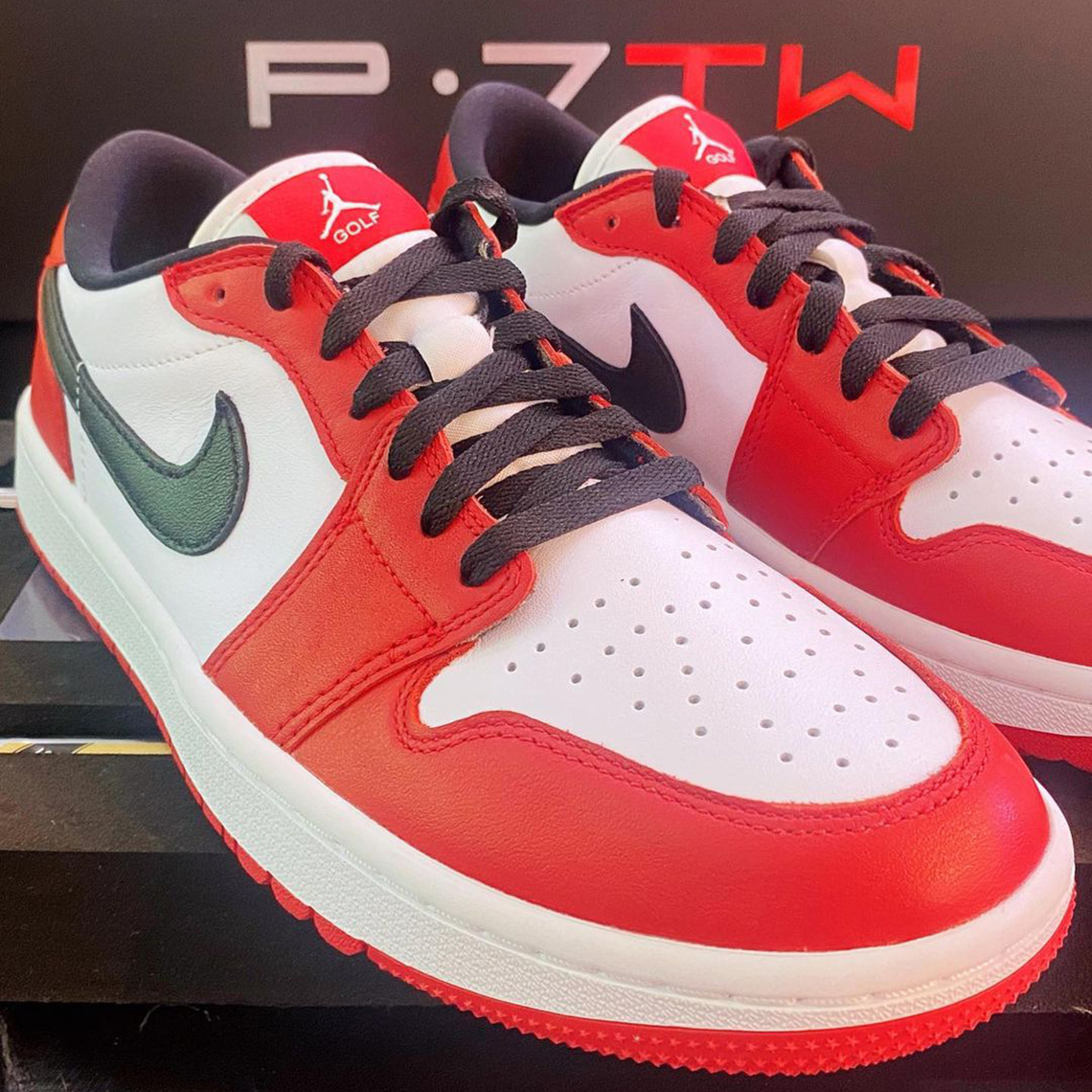 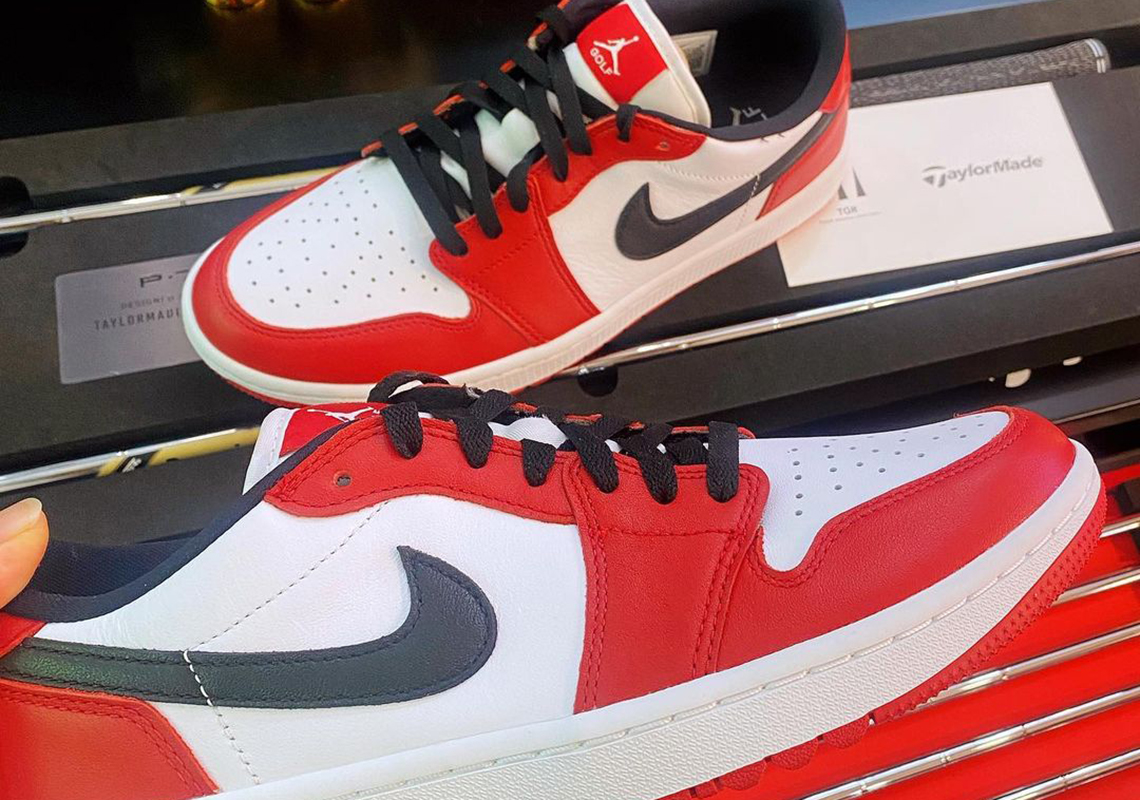 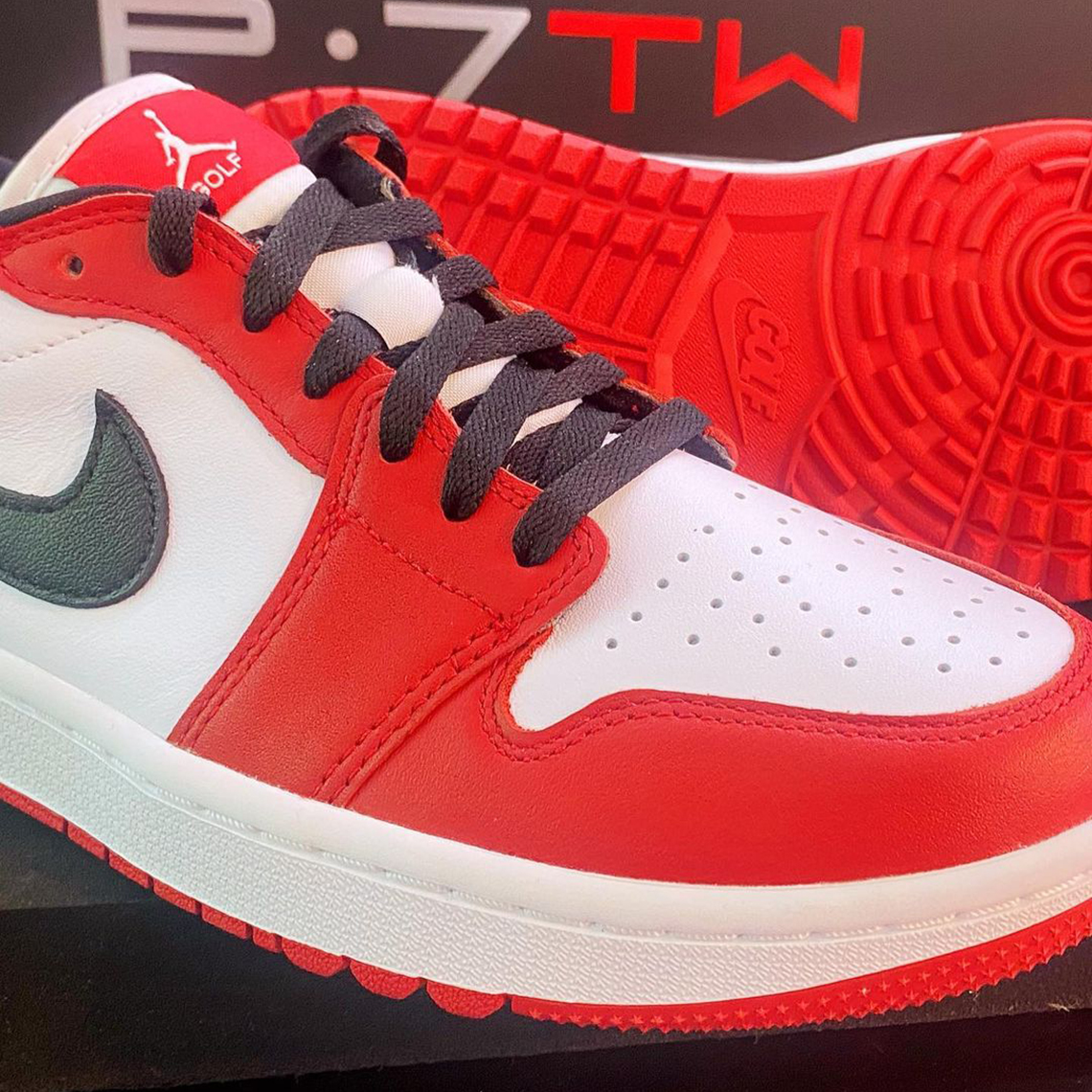 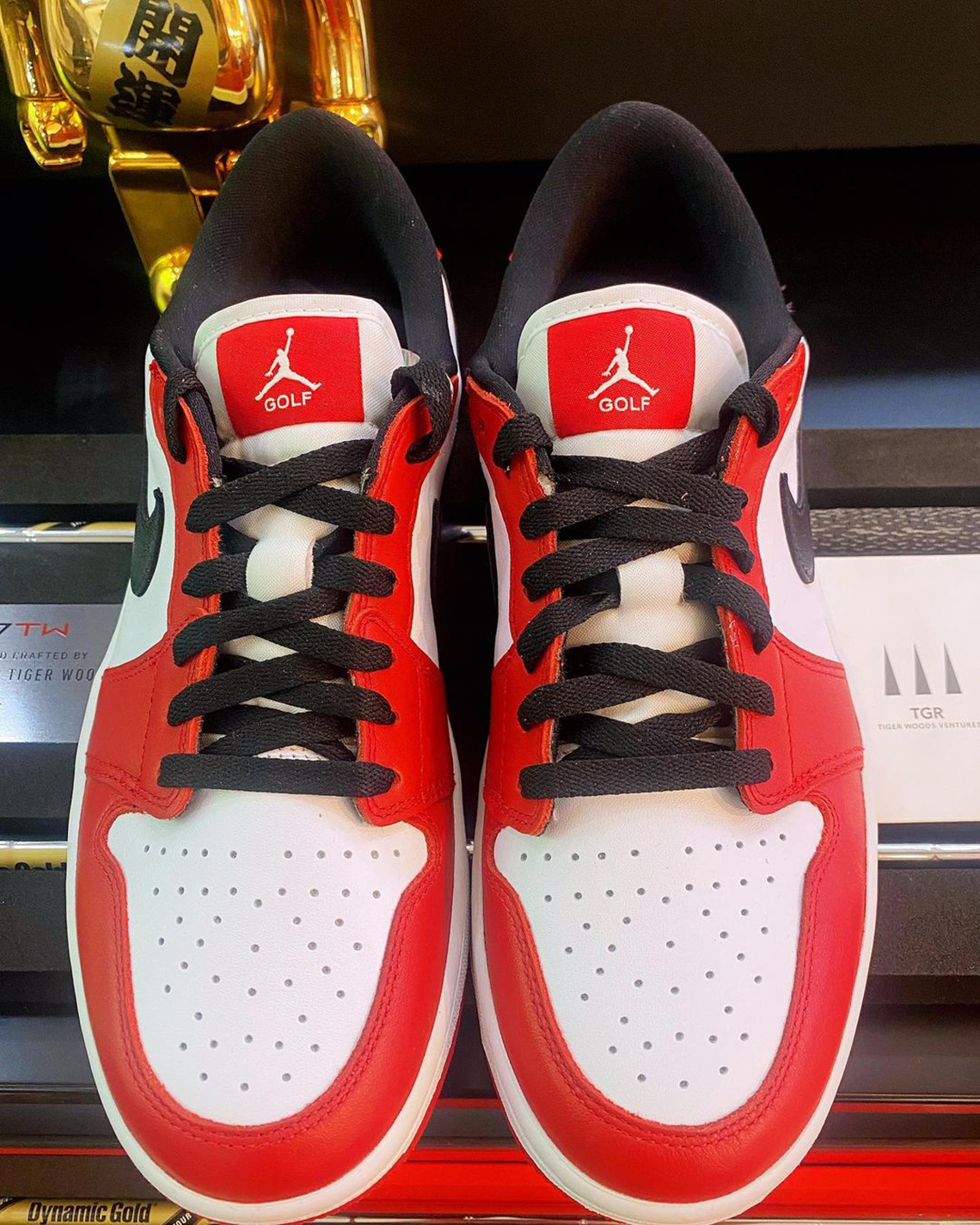 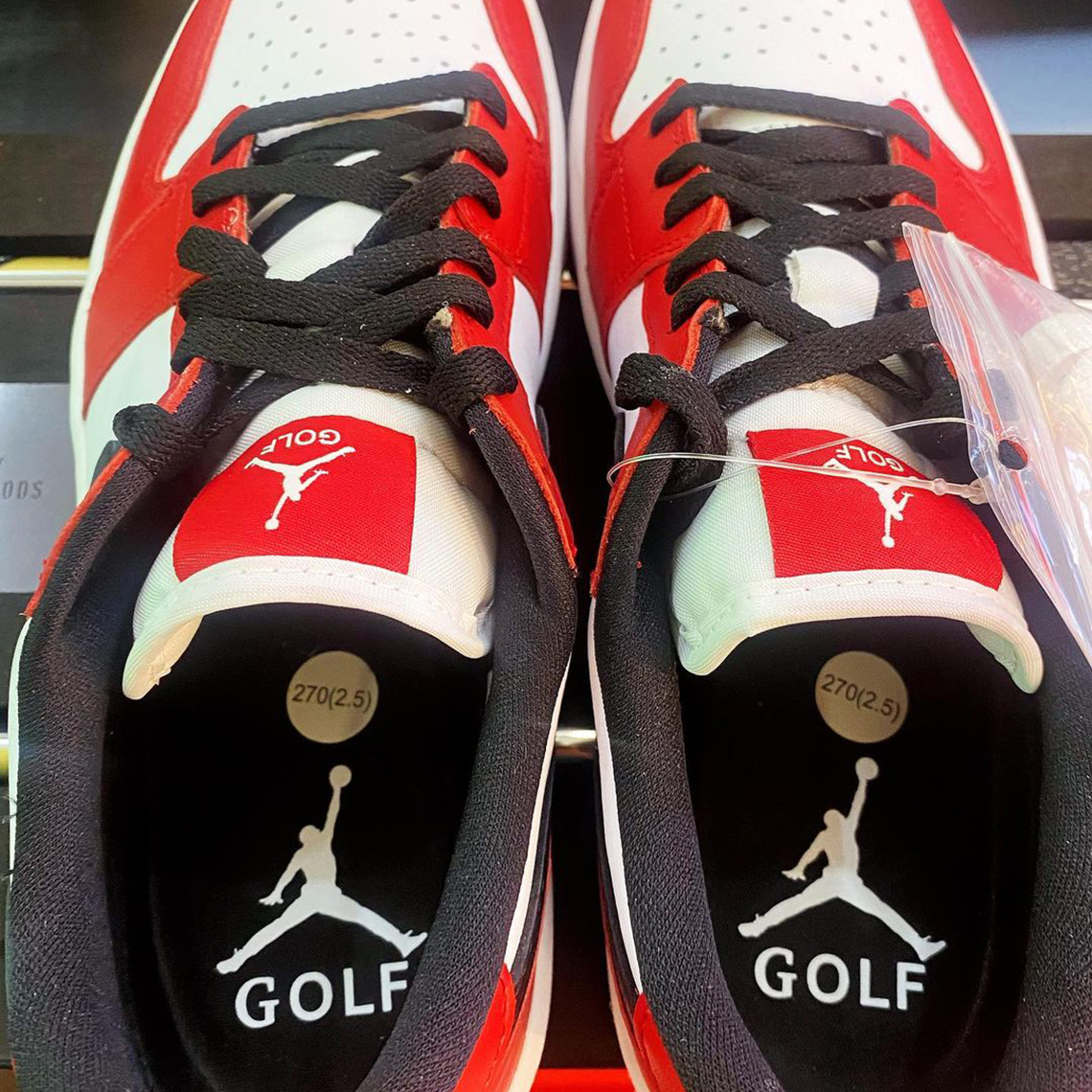 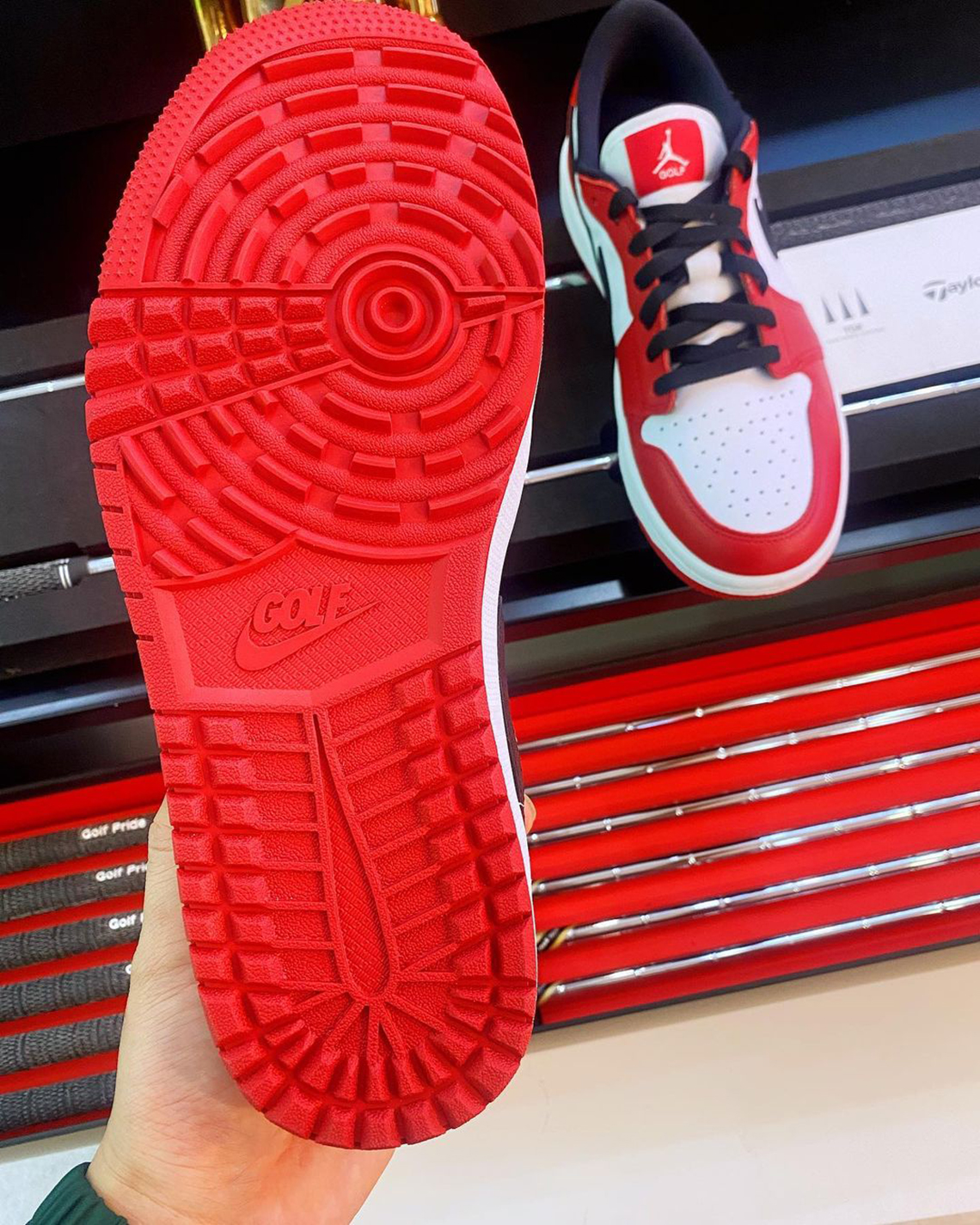 Barbie is on display at the Bata Shoe Museum