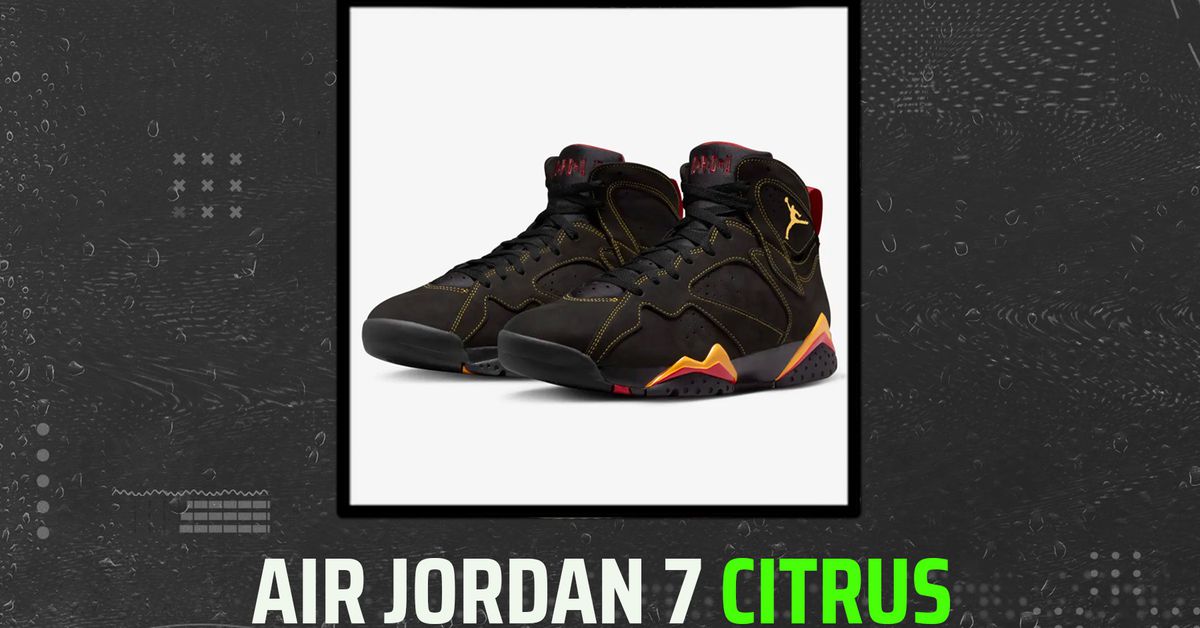 I wrote about it front modelbut I consider that Air Jordan 7 one of the most underrated in the entire Air Jordan line. Now, Jordan Brand will release its latest retro of the model on Saturday with the Air Jordan 7 “Citrus” colorway for a retail price of $200.

The Air Jordan 7 was on Michael Jordan’s feet for the 1991-92 season, which is notable for the Bulls’ second consecutive NBA title, as well as the 1992 Olympics in Barcelona. Designed by the legendary Tinker Hatfield, the Air Jordan 7 is something of a sibling to his popular Air Huarache line at the time and was inspired by an Afropop poster Hatfield found in a store in Portland. The shoe is also notable for the lack of visible air and dearth of Nike logos, the first step towards a more independent Jordan brand that would develop in 1997. The model also saw the departure of Spike Lee’s Mars Blackmon character from the commercials. with Bugs. Bunny joins MJ in the promotional campaign.

The Air Jordan 7 was originally released in five colors, but the “Citrus” colorway that dropped on Saturday wasn’t one of them. On the contrary, the “Citrus” colorway debuted in 2006 amid a stream of other “lifestyle” inspired colorways, including the Chambray, Pacific Blue, Flint and women black yellow. This year’s release features a black nubuck upper with citrus-colored stitching and red and citrus accents throughout.

Good luck to anyone trying to pick up a pair on Saturday!