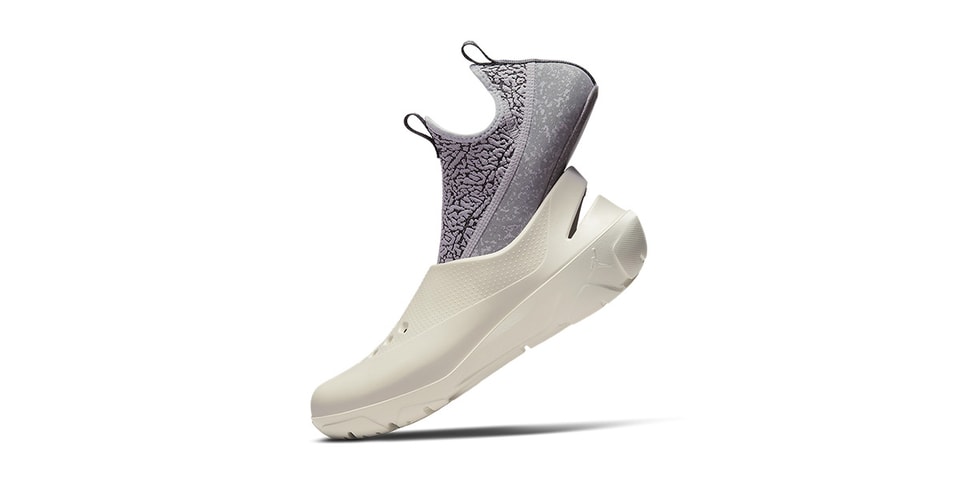 Clogs continue to move the needle in the wacky world of footwear, and it doesn’t look like the trend is going to die down anytime soon. Salehe Bembury created a crazy amount of noise with Crocs, Ye keeps pumping YEEZY FOAM RNNRS, Birkenstock teams up with Dior and Jerry Lorenzo fashioned his own luxury Fear of God California, and now Jordan Brand is poised to cash in on movement.

It was only a matter of time before the famous sportswear brand launched into this category and there are certainly some striking elements in its upcoming offering. The model’s rubber outer shell is wrapped in an off-white hue much like the very first YEEZY FOAM RNNR “Ararat”, and features a clean shape. Ventilation holes are cut out on the toes, perforated textures arrive on the collars, and the heels feature a slit for breathability. The Jumpman logo is engraved on the back side for added style. Additionally, the slip-on shoes feature a removable neoprene bootie fully covered in an elephant print, giving them a signature look and feel.

No release date has yet been announced, but you can probably expect them to be released via Nike in the coming months.

Only one of 10 Michigan ballots submitted before deadline