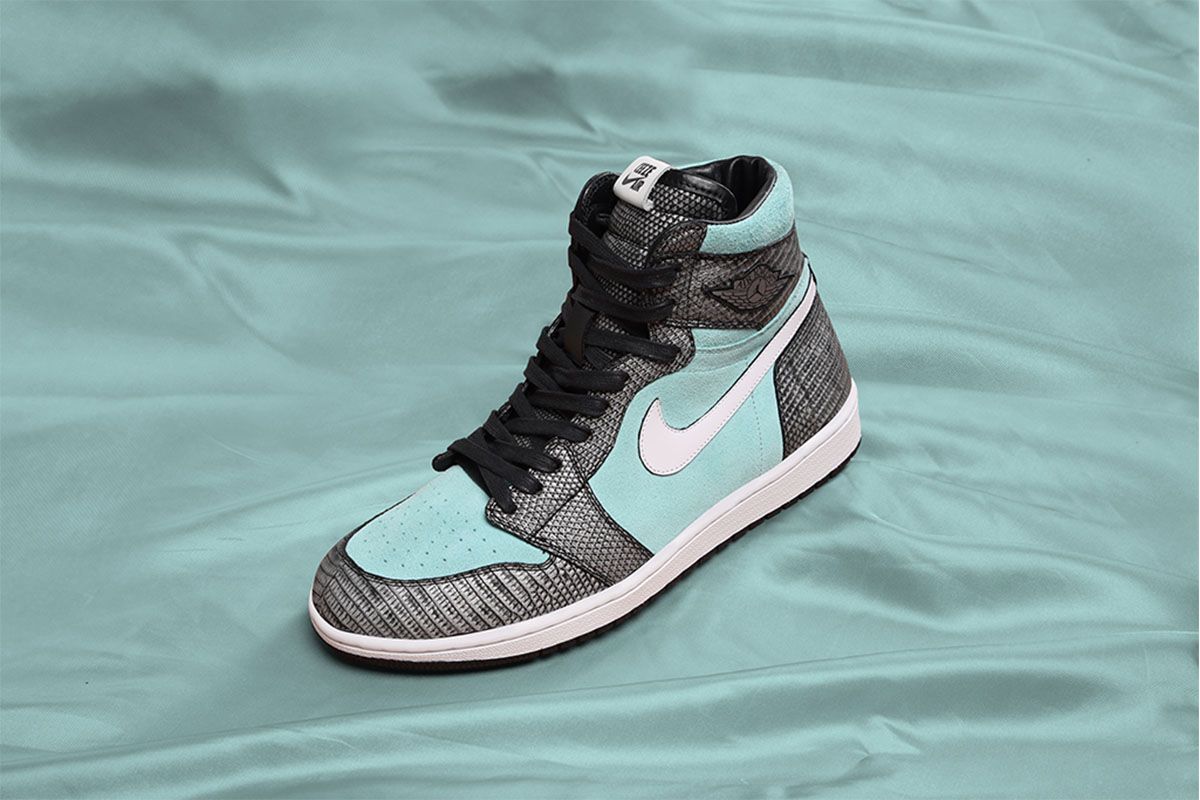 While Ceeze, the New York-based creative studio, has devoted the majority of its recent efforts to mitigating its environmental impacts through several fashion and sneaker recycling projects, its latest creation is a showcase of its ability to DIY and improve existing products. .

Earlier this year in late spring, Ceeze focused on creating something that was not only unique in design, but allowed him to flex his developmental muscles, making a bold statement of what he is capable of. The result? The “Victory” chair which includes the guts of over 30 pairs of Nike Air Jordans and over 75 hours of manual labor to build the wooden structures.

This project served as a spiritual successor to the ongoing work he has done in conjunction with Russel Athletic, creating something new out of something old or spoiled.

While this latest project isn’t necessarily focused on the environment, it certainly showcases the proficiency of Ceeze’s skills.

Taking direct inspiration from the Tiffany x Patek Philippe Nautilus, which featured on Jay-Z’s wrist and sold for an incredible $6.5 million, this Nike Air Jordan 1 is the perfect addition to any obsessed collection. by blue.

Each of the limited, made-to-order sneakers picks Tiffany’s signature blue hue that fills the Patek’s face for its suede parts. Watchful eyes will note that the sneakers also feature the same color blocking used on the Nike SB x Diamond Supply Dunk Low, as well as several subsequent Dunks and a pair of Air Max Plus (TN).