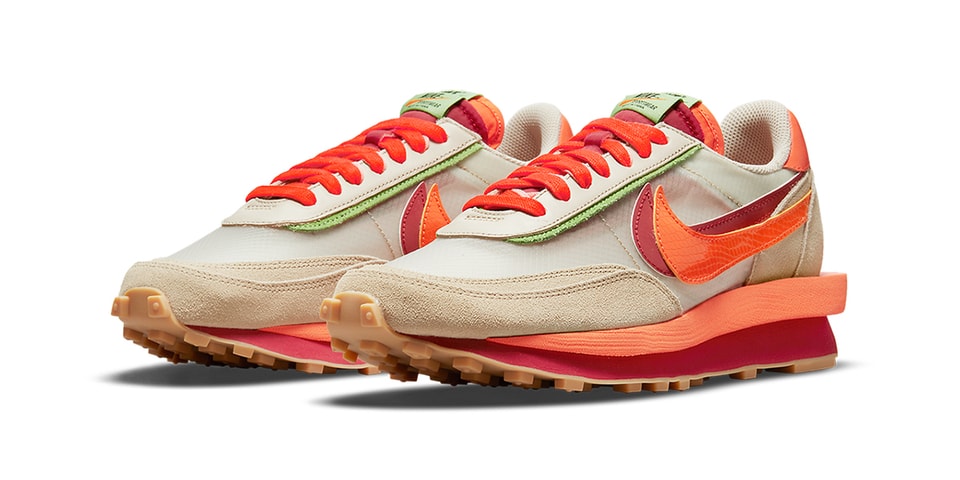 Chitose Abe has a busy schedule this season as she gradually begins to roll out her coveted shoe projects, and after concluding her drops with the Fragment design, she turns to CLOT for a two-part set of collaborations. The first to release to the public is the CLOT x sacai x Nike LDWaffle “Orange” which has just been unveiled as official imagery.

Its visual makeup is brimming with an assortment of neutral tones and stronger accents as it recalls the classic Nike Air Max 1 “Kiss of Death” by CLOT – an archival piece of Swoosh’s collaborative history that has was retro earlier this year. This three-way offering features suede overlays and synthetic materials that make up most of the side panels, both tinted in a sand hue. From there, the vibrant orange and red accents do most of the time as they alternate between its double-stacked tongues, Swooshes, laces and elongated midsoles, while little hints of green burst above the tongues. and next to the throat. Additionally, the foreground Swooshes that sit on the side and middle walls are designed with snakeskin textures.

An official launch date for these is slated for September 9.

For more information on the shoes, official images of the design fragment x Nike Dunk High “Tokyo” have appeared.