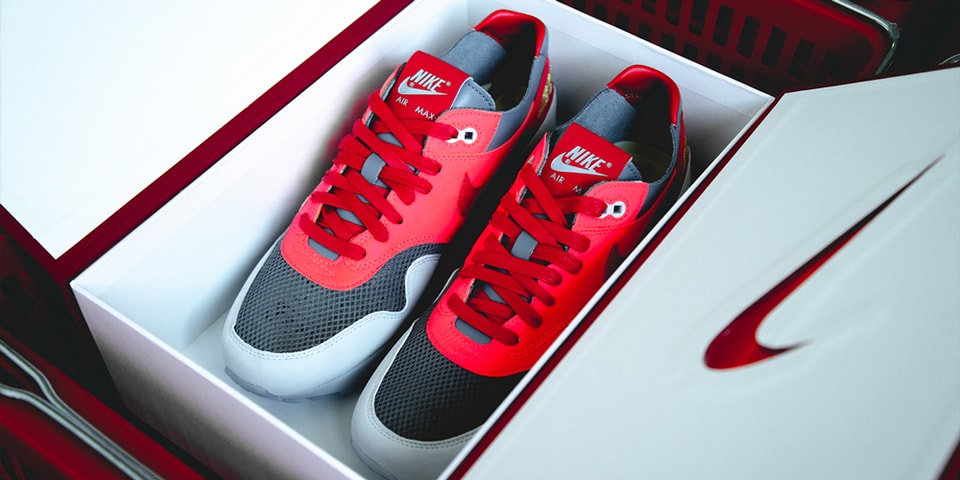 To complete what is now a trilogy of versions, CLOT x recently revealed the Air Max 1 “KOD Solar Red”. Following on from the arrivals of “KOD OG” and “KOD CHA”, the latest collaboration celebrates a history-rich relationship between Kevin Poon and Edison Chen’s imprint with the Swoosh.

Referring to the current partnership, the Nike Air Max 1 “KOD Solar Red” is inspired by an exclusive colourway created for Kanye West during his stop on the “Touch The Sky” tour in Hong Kong in 2006. Worn by the artist during the show hosted by CLOT co-founders Edison Chen and Kevin Poon, it was said that only several pairs of the original special sneakers exist in the world.

The next version centers on a mix of red and gold in line with CLOT’s goal of bridging East and West. The bright neon pink paneled upper and reflective red heel with gold embroidery are accented by mesh toecaps and silver mudguards. While the branding elements continue by matching the Swooshes in the midfoot, tongue tags and the embossed CLOT branding. The shoe design is completed with black / white printed insoles and a new version of the ‘KOD’ foot reflexology sole.