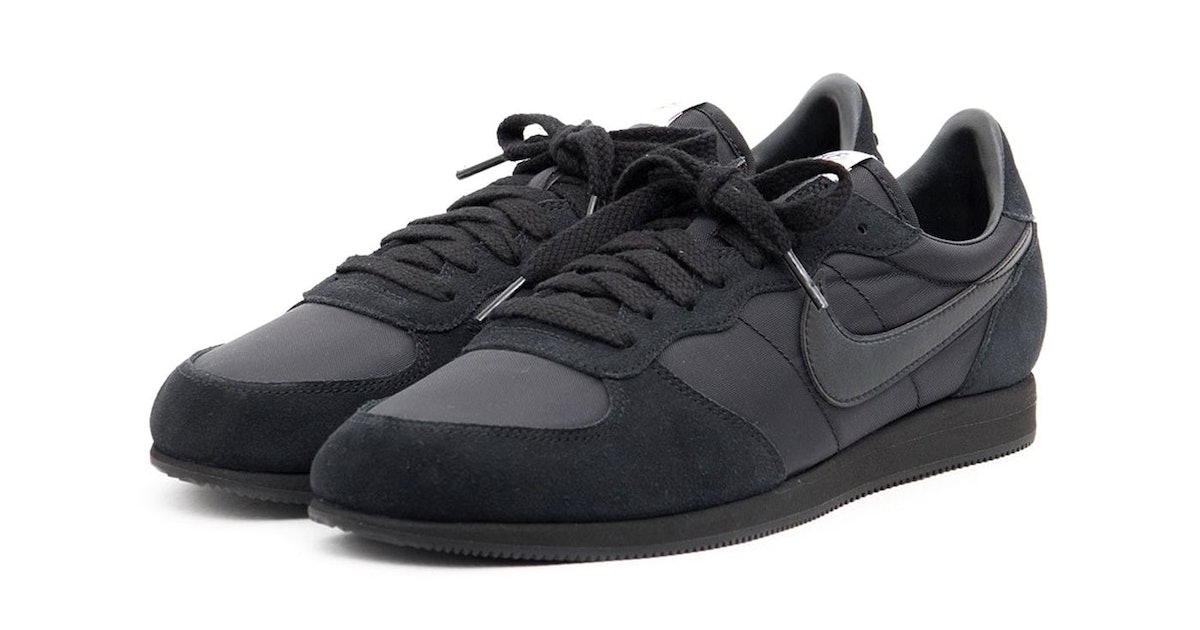 Nike’s archives are overflowing with more sneakers than they could ever reissue, but every once in a while an under-sung classic comes back into the limelight. This year, Nike is dusting off the Eagle, an 1980s running sneaker that was once the lightest of its time, with a little help from Comme des Garçons’ “Black” line.

Back to black — The Eagle resembles the construction of the Nike Cortez with its understated look. Black covers CDG’s version of the shoe almost in its entirety, from the nylon upper to the Swoosh and overlays. To break up the darkness, Nike adds their bright white retro logo to the tongue, while co-branding takes its place on the insole. The heel then gives way to a “CDG” logo to complete the branding, as the shoe sits on a thin foam sole.

Designed as a road running shoe, the Nike Eagle was one of Nike’s lightest, weighing just 5.1 ounces. The innovation got rid of the typical 6.5-13 oz running shoes of the time, however, as technology became more advanced, the Eagle disappeared to make way for newer models.

An oldie but a goodie – Apart from the technical features, the outward appearance of the sneaker makes its age evident. Granted, it’s one of Nike’s earliest models, but the revamped Eagle is still simpler than you might expect given CDG’s involvement. The Japanese brand has already infused its experimental style into other Nike silhouettes, including the Premier heeled football boot and a hearty SB Dunk. Bringing out a 40-year-old sneaker for the first time and not giving it a bit more flair is an interesting choice — but there’s merit in the understated elegance, too.

The CDG x Nike Eagle is set to release March 18 through Dover street market and CDG Japan. It might take a little more work to get your hands on the $243 pair, which is relatively cheap compared to other sneakers from Like, but owning a piece of Nike history can make the effort worthwhile. valid.