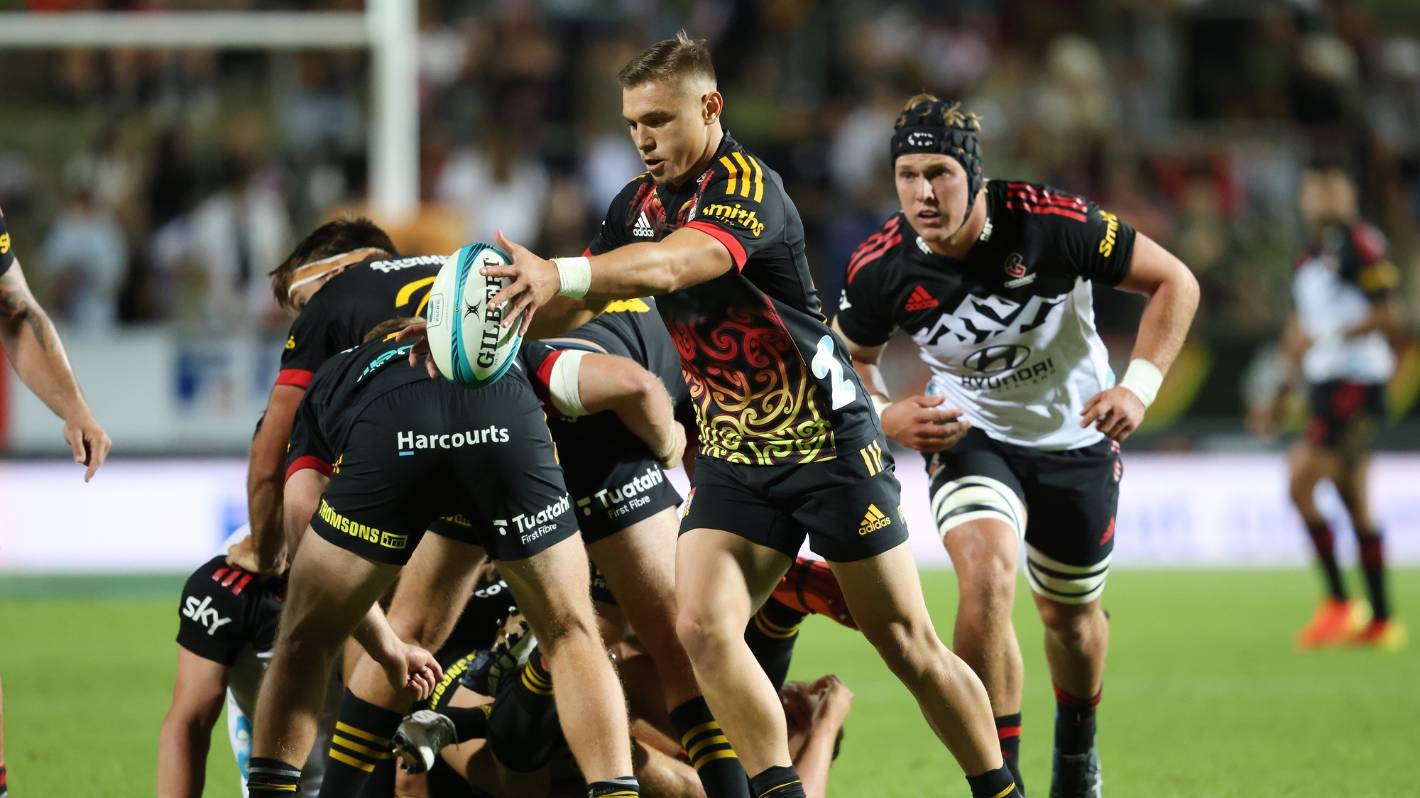 If the shoe fits?

Cortez Ratima – named after the Nike Cortez coach because of his father’s collection – apparently adapted to the rigors of elite rugby after a breakthrough NPC season with Waikato in 2020.

The 21-year-old from Piopio is set to make his third appearance for the Chiefs on the bench in Sunday’s Capital clash against the Hurricanes in Round 7 of the Super Rugby Pacific.

READ MORE:
* Highlanders coach Tony Brown backs embattled center Mitch Hunt after costly mistakes
* Gorgeous Moana Pasifika emerges as Super Rugby Pacific success story
* The Crusaders find another rock at Fletcher Newell as only melee separates the champions from the Highlanders
* Looking to capitalize again: Chiefs return to the scene of their huge turnaround
* Jordie Barrett on his midfield change: ‘I think 12 is the most comfortable position for me’

Ratima’s form for the Mooloos since his provincial debut in 2020 has sparked interest from the Hurricanes and Crusaders.

However, the King Country lad’s heart was with the Chiefs, who offered him a contract for this season.

“I came before, I had a good idea of ​​the environment and I enjoyed it.

“Also, being able to represent my whānau, which is in King Country, has also been a big bonus.”

Ratima formed an effective double act with the latter for the Mooloos and played a big part in winning last year’s NPC, but without the Auckland-based sides finishing the competition due to the impact of Covid- 19.

McMillan compared Ratima to former Chiefs and All Blacks half-back Tawera Kerr-Barlow, as a ‘bigger and more combative’ No.9 with sharp speed, befitting the modern game which keeps getting bigger , faster and stronger.

High praise indeed, even if this is only the beginning for Ratima, who is no less ambitious.

“I hope I will wear the black jersey [for the All Blacks] one day. That was always the ultimate goal,” he said.

Ratima was playing at Waikato Rugby Club for Ōtorohanga as recently as last year while recovering from shoulder reconstruction.

His father, Peter Lee Ratima, was the Ōtorohanga A-team coach when he signed with Waikato in 2020 and was a big influence on his career, as well as his remarkable first name.

“He had a favorite shoe at the time, a Nike Cortezsaid Ratima.

“He collected a lot of them and the name stuck with him.”

He completed his studies at a renowned rugby school, Hamilton Boys’ High, before moving to Waikato.

After playing 31 minutes on the bench when the Chiefs stunned the Crusaders 24-21 in Christchurch last month, he played just 11 minutes in the reserve game last Saturday when the perennial champions turned the tables to win 34 -19 in Hamilton.

That didn’t stop Ratima from scoring his first Super Rugby try, even though the Chiefs were indeed beaten in the final stages.

It was a special moment on the biggest stage of his career so far, with fans also back in the stands at FMG Stadium Waikato for the first time since crowd restrictions were relaxed.

“It didn’t really penetrate because we were looking for the match,” Ratima said.

“It was surreal, especially to have all the fans back.”

Ratima also kicks left, which is less common for a halfback, and he could face one of the best left-footed No. 9s in the game, All Black TJ Perenara, when the Chiefs face the Hurricanes in wellingtons.