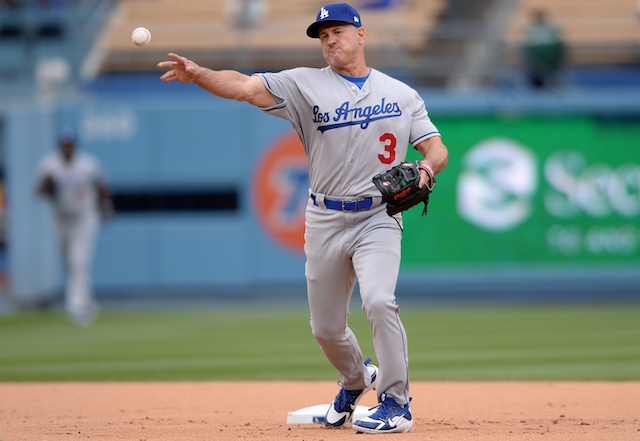 The Los Angeles Dodgers are hosting separate meet and greet events at local WSS stores on Saturday, featuring Austin Barnes and Steve Sax. Both start at 10 a.m. PT and offer VIP line access for fans who make at least one $35 purchase in-store.

Barnes just completed his eighth season with the Dodgers and he remains under contract until 2024 after signing an extension last July.

Barnes is currently the longest-serving player in the Dodgers organization, but will again fall behind Clayton Kershaw in that regard once his re-signing contract is formalized. Justin Turner would also be more tenured with the Dodgers if he re-signs.

Meet Steve Sax and Austin Barnes at @shopWSS stores in Perris and Moreno Valley on 11/19 at 10am! First come, first served. pic.twitter.com/xyVbDTwm2D

Sax was selected by the Dodgers in the ninth round of the 1978 MLB Draft and spent eight seasons with the team. During that time, Sax was a three-time All-Star and won two World Series.

Along with Eric Karros, Sax threw the ceremonial first pitch before Game 1 of the National League Division Series against the San Diego Padres.

Prior to that, he represented the Dodgers in the 2022 MLB Draft as one of 17 players to attend the event at LA Live.

The Dodgers announced a partnership with WSS that began last year with Andre Ethier makes a special appearance at a Los Angeles venue for the reissue of the famous Nike Cortez Los Angeles.

It was first released for the opening day of the 2021 regular season and returned to the spotlight as some players wore custom cleats inspired by the shoe with the Dodgers Nike City Connect uniform.

Have you got subscribed to Dodger Blue YouTube channel? Be sure to ring the notification bell to watch player interviews, participate in shows and giveaways, and stay up to date with all the Dodgers news and rumors!