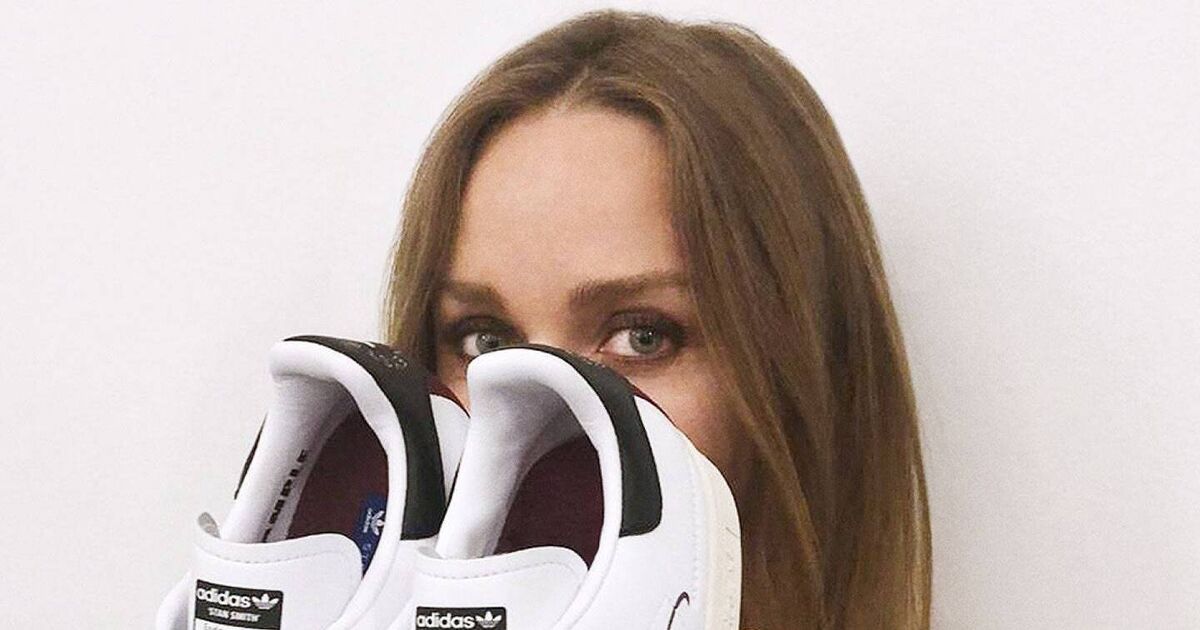 From Louis Vuitton to New Balance, from Forrest Gump to Kill Bill

The recent announcement by Sotheby’s that 200 pairs of Louis Vuitton and Nike Air Force 1 sneakers created by the late American designer Virgil Abloh fetched a total of $25 million literally stopped fashion in its tracks. The highest paid for one of the pairs was over $350,000 at an online auction. The sums significantly exceed initial estimates from Sotheby’s, which launched the auction at $2,000 a pair and predicted they would sell for between $5,000 and $15,000 each.

In the end, the sneakers averaged over $100,000 per shoe. The cheapest sold for $75,000. The brown, white and cream trainers featured Nike’s famous swoosh logo with Louis Vuitton’s instantly recognizable monogram and Damier pattern, and were created to celebrate the 40th anniversary of the Nike Air Force 1, launched in 1982.

Over the past two decades, New Balance, Nike, Off White, Yeezy, Adidas, Asics, Puma, Converse and Reebok have evolved into mega-brands dominating fashion and driving the athleisure boom. The casual sneaker’s move from track to podium has been accelerated by the pandemic, but the sneaker’s rise to cultural symbol of our time was well underway before Covid. Even Debretts, the pretentious arbiter of modern manners, has decided that sneakers are now acceptable for smart-casual occasions. Today they are worn by athletes, style queens, royalty, rock stars and fashion designers, young and old, rich and poor. Everyone has a pair, including the Pope.

The sneakers have now gained a status in popular and youth culture that totally eclipses their humble origins. Sneakers are big business – shoe sales were valued at $79 billion by statista.com in 2021 and are expected to reach $120 billion by 2026. Shoes are now the top-selling category in the luxury market online, which is why mainstream luxury brands including Fendi, Gucci, Prada, and Valentino are all peddling designer sneakers at stratospheric prices. Sports footwear is fashion’s most profitable category.

Since Balenciaga launched its famous Triple S sneaker (aka the ugly dad sneaker) in 2017, the fashion sneaker has become a sector in its own right for fashion brands and very lucrative. Designer Barbara Bennett, who personalizes the sneakers with her unique hand-painted designs, remembers the impact of this Balenciaga shoe: “My favorite pair of sneakers would have to be the Balenciaga Triple S. I remember the first time that I saw a pair, about 4 or 5 years ago. A man wore them on Grafton Street just outside Weirs. My heart sank when I saw them.

In the world of rare sneakers, dedicated “sneakerheads” are increasingly willing to spend on such cult designs.

The first sports shoes were made by the Liverpool Rubber Company (owned by John Boyd Dunlop) in the 1830s with canvas uppers bonded to rubber soles. The growing popularity of recreational sports in the late 19th century created a market for new footwear. Dunlop’s Green Flash model from 1929 (worn by tennis star Fred Perry at Wimbledon) and the Converse All Star from 1908

(worn by Chuck Taylor from 1917) were the first models to be endorsed by celebrities.

It was Adidas and Nike that led the evolution of the sneaker from sport to style. Founded by Adi Dassler in Germany in 1924 as Gebrüder Dassler Schuhfabrik, the company was renamed Adidas in 1949. It created the first running shoe, worn by Jessie Owens, at the Berlin Olympics in 1936. Nike was created by Bill Bowerman and Phil Knight in 1964 as Blue Ribbon Sports and became Nike Inc in 1971 as the running craze swept across America. Nike’s first commercial design was the Cortez, specially padded for running and worn by Tom Hanks in Forrest Gump, a product placement that secured Nike’s cultural status and promoted its signature swoosh logo.

Originally for specific sporting activities, the sneaker category has now evolved with designer sneakers becoming objects of desire. Celebrity collaborations in sports, movies and music have shaped the status of the sneaker and elevated it from merely functional to extremely fashionable. The collaborations of Run DMC, Michael Jordan and Kanye West have all contributed to their visibility while offering financial dividends: Michael Jordan, creator of the first €100 sneaker, still earns $100 million in royalties a year thanks to his relationship with Nike, while Kanye West signed a $10m deal with Adidas to create his Yeezy sneaker and sportswear lines. The coaches also enjoyed celebrity status in their own right. From Marty McFly’s original Nike Air Mags in Back to the Future Part II to Kill Bill, where Uma Thurman’s Onitsuka sneakers with “Fuck U” embossed on the soles stole the show, each featured appearance enhanced their desirability. Spike Lee has regularly highlighted the sneakers: see the infamous moment the Air Jordan 4 “Cements” suffered fresh from the box in Do the Right Thing when one of the spectators observed the soiled shoes: “Your Jordan are screwed!” Jordan later skillfully created an exact replica of the sneaker, scuff marks and all, as part of a public relations initiative.

Sneakers as a fashion phenomenon first emerged in the late 1970s, when an underground sneaker culture combined with the emergence of hip-hop. In 1986, Run-DMC released the song “My Adidas”, leading to a high profile sponsorship deal with the brand. Since then, the trainers have assumed a unique place at the center of black music. There have been sneakers designed and/or influenced by a who’s who of the rap elite: Nas, Wu-Tang, Eminem, Kendrick Lamar, Drake, Kanye and others. Nike Air Jordan endorsed by basketball player, Michael Jordan sent sneakers into overdrive as a must-have status symbol beginning in 1985. Nike’s expectation when signing the deal was to sell $3 million by the end of year 4, instead of the first year, they sold 126 million.

The internet, which has spurred the growth of sneaker marketing and resale culture over the past 20 years, has now propelled new levels of demand, with sneakers being marketed not just as shoes, but as investments. There’s even a platform called RARES that lets you buy shares in rare, high-end shoes in sneaker IPOs. The global sneaker resale market is expected to reach $30 billion by 2030. The rise of “sneakerheads” who collect and trade sneakers has caused them to rise in value, often dramatically. Brands like Nike and Adidas (who have their own SNKRS app) regularly stimulate demand by limiting distribution: the Nike Air Yeezy 2 “Red October” and the Air Jordan x 1 Off-White “Chicago” are prime examples.

Die-hard fans and dealers go to great lengths to get rare models, queuing up all night or buying multiple tickets in retailer raffles. The lucrative resale market has created a generation of sneaker entrepreneurs who make big money reselling shoes. As Barbara Bennett observes, “A lot of people these days live off reselling limited shoes like this on eBay, StockX, and GOAT. You can make a good profit on some Yeezy’s – Yeezy Boost sneakers can hold an average resale of up to 500% I think, which is crazy!” She continues, “I find very few luxury brands are worth the price. what you pay these days because almost all pairs of sneakers are made in China True or false they are pretty much all made in the same factories I bought a pair of designer sneakers from BT this summer and on my way home at home I noticed inside the shoe that it even said “Made in China” even though this brand claims they are made in Spain.

Dubliner, Philip Kendrick, who has over 300 pairs, has been collecting since he was 17 and has a purist approach: “I would only be interested in the clothes I’m going to wear and the ones I want to own to wear.”

As someone who got into sneakers via the clubbing culture of the late 80s and early 90s, exclusivity influenced his collection: “For boys my age, it was about ‘have a pair that no one else had. He continues, “I had a pair of Air Max 95s that would have been pretty rare at the time, it would have been maybe fall 95 and a friend of mine was living in New York and he sent me these rare yellows. .. and I remember one guy stopping me at Grafton St and saying ‘Jesus, where did you find them? ‘” “You, don’t really understand that now because of course you have the internet. …. Now it’s a click of a button. That’s not necessarily a bad thing, but it does dilute it slightly.

Of the frenzy around limited editions, he says: “The internet feeds it a lot more now too. Now, with the internet and Instagram…with a flick of your thumb, you can see what looks are coming up or what brands are trending, and you can tell. “When I was in it, it was really a subculture….. But it’s different now. Kids get it now. They’re in it from a very young age – absolutely.

Peter concludes, “I don’t know if the longevity is there with some of these kids, but right now they’re 100 per cent into it and really loving it.” And that’s how sneaker titans like it.

Is debt threatening to ruin your retirement before it begins? 4 tips that can help | Personal finance