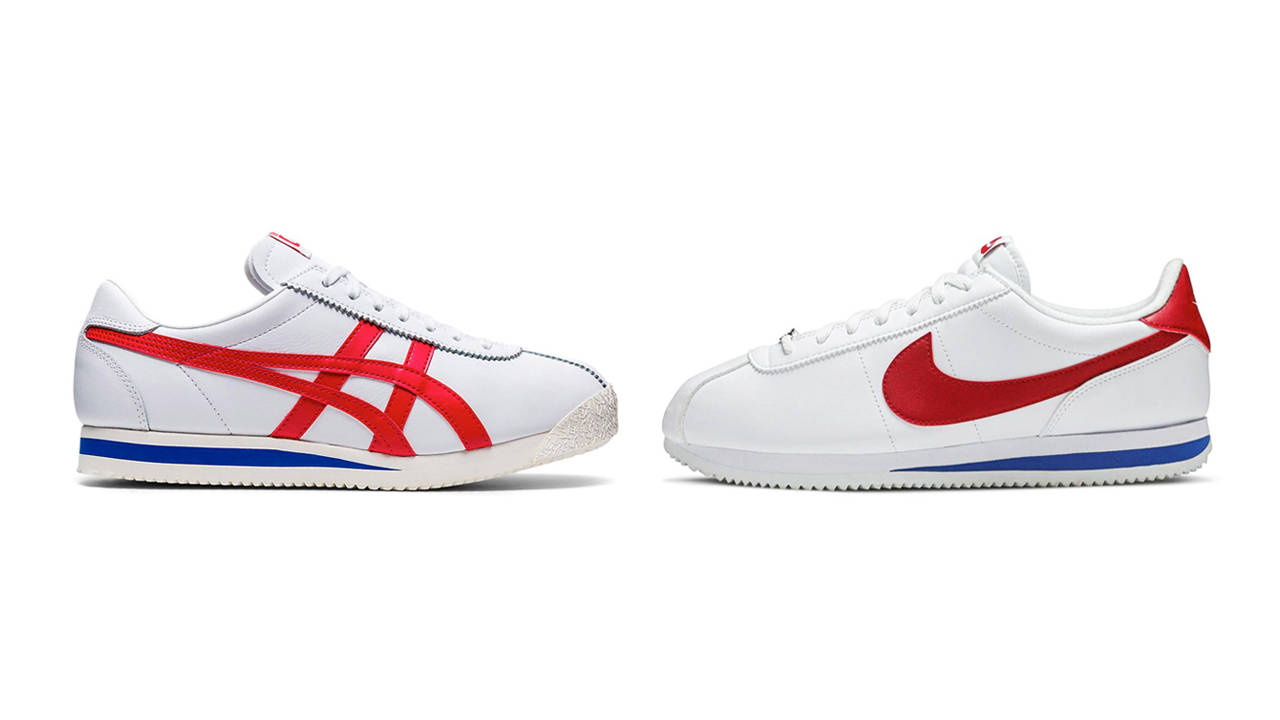 How the Onitsuka Tiger became the Nike Cortez

We may earn a commission when you purchase something from the links on this page.

For many of us, Phil Knight felt like the sneaker grandfather, and as such, you’d think he started his amazing journey with a pair of sneakers emblazoned with Swoosh; however, this was not really the case. It was a long and arduous road before the creation of the first Nike, and even when it reached this stage, the question of whether or not the brand would succeed was a very delicate one.

As a runner, Knight knew all about shoes. He knew what he liked and what worked. So much so that during his time at Stanford University, he wrote an article for his entrepreneurship class on the concept of importing Japanese running shoes in place of the current German precursors (pardon the pun) . Being a business enthusiast, he knew that Japan was at the forefront of everything. Apparently, if someone was doing something, the Japanese did it better, and Knight knew it. However, at the time, no one cared less about his idea. After submitting his article, even he didn’t think about it for the rest of his studies. He must have done something right, because he was still rated A.

He had studied importing, exporting and how to start a business while writing the college journal, and for a second he thought his business might work well. However, the first step was to travel to Japan, which meant asking his father for money for the trip.

Once in Japan, he met two ex-GIs who ran a magazine called The Importer. He easily tried to learn all he could from them to get his idea off the ground. They asked him what shoes he wanted to import; “Tigers,” he said, a brand made by Onitsuka.

The next step was to enter Onitsuka with someone. And, in the late ’60s, what better way to do it than to call and make an appointment. Yeah. That’s all it took. Knight picked up the phone, requested a date, and got it. I can’t imagine a million years from now flying with any sneaker company on the planet today. You would be laughing at the phone.

Once at the Onitsuka headquarters in Japan, he met in the boardroom with Onitsuka executives, headed by Export Manager Ken Miyazaki, who asked Knight for the name of the company he represented. He hadn’t thought this far and had to think on his feet. He immediately had a flashback to his bedroom at his parents’ home in Oregon, with his first-place blue ribbons pinned to his wall. “Blue Ribbon Sports,” he said. Phew.

He pitched to Onitsuka the idea that the US footwear market was huge and that if Onitsuka could bring his Tigers into it, it would be “extremely profitable”. Luckily, they liked the pitch and said they had the US market in mind at that time anyway. Talk about timing… Maybe that’s why he handled a meeting so easily. Onitsuka quickly asked Knight if Blue Ribbon Sports would be interested in representing the Tiger shoes. As easy as that.

He traveled the world before returning to Oregon, and his two main goals of his trip were to launch the idea in Japan and see the Acropolis in Greece. The irony that in the years to come he would have some relationship with the Greek goddess of Victory

Upon his return to Oregon, Knight met his former track coach, Bill Bowerman. He gave her the information about her travels and the opportunity that had presented itself. Bowerman wanted to come in. The next step was to place an order. Starting in half with Bowerman at $ 500 a piece, he placed his $ 1,000 order with Onitsuka. They arrived, without a box, and went straight to her parents’ basement.

These sold out. Fast. 900 other pairs have been ordered.

Shortly after, he hit a speed bump. He went from one school to another, from one track to another selling them; that was until he received a letter from a school wrestling trainer who said he also got exclusive US distribution for Onitsuka.

Knight took the first flight back to Japan to find out what was going on. However, his useful contact was gone and a Mr. Morimoto had taken over. He explained why he felt he deserved the exclusivity. He returned the next day, to another meeting room, and turned everything upside down again… but then everyone stopped, as Mr. Onitsuka himself entered the room. For the third time, he opened up on why he was there and disclosed what he has to offer the Japanese sneaker company.

Mr. Onitsuka sided with Knight and gave him the 13 Western States

Everything seemed on the right track for Knight, as he was buying from Onitsuka, selling and rehearsing. He just needed to convince his banker to support him too. Onitsuka always shipped his shoes late, which meant less time to sell them and less time to cover the loan. Each month was a month of advocacy and negotiation for Knight.

Meanwhile, Bowerman made it to the Tokyo Olympics in 1964 and did well with two of his runners winning medals. He added a trip to Onitsuka. They loved Bowerman because he knew exactly what he needed in a shoe; softer interior, better arch support and wedge heel to relieve stress on the Achilles tendon. This is what he was looking for. Onitsuka then made prototypes for him based on his feedback, which he in turn gave to his riders who “crushed the competition”.

In 1967, Bowerman used his extensive knowledge of sneakers to go on to create a Frankenstein version, consisting of the Onitsuka Spring Up midsole and Limber Up outsole. Onitsuka sent Bowerman a prototype, and he strongly approved it. The only problem ; how to name it. Azteca came quickly suggested by Bowerman and Onitsuka agreed. That is, until adidas knocks on the door, threatening legal action. They already had a sneaker called Azteca Gold. Bowerman quickly asked who the guy who beat the Aztecs was… and the Cortez was born. It was just another reason Knight wanted to beat adidas at his own game, even though years before he had loved his first pair of green and yellow adidas Oregon track spikes that Bowerman had given him in college, all of it. what he wanted to do was dominate them.

In 1968, although BRS performed satisfactorily, Knight accepted a post at Portland State University as an assistant professor, as he was not yet in a position to earn an appropriate salary on his own. And by 1969, sales were reaching all-time highs, forcing Knight to hire more and more salespeople.

In 1970, Onitsuka’s sales were to exceed $ 22 million; a decent portion of which was attributed to the work Blue Ribbon Sports was showing in the United States. A poll at the time even showed that 70% of all American runners owned Tigers.

At this point, Knight signed a contract with Onitsuka for an additional three years. He said at the time that he thought the contract looked shaky and that it would have been good if a lawyer looked at it. Hindsight is a wonderful thing.

They were still facing this, with late shipments and trying to hit sales targets to stay afloat, so Knight toyed with the idea of ​​going public with Blue Ribbon and selling shares of the company; $ 300,000 overnight. However, Knight soon found out that Onitsuka was in talks with someone on the East Coast to be a new distributor for them in the US, and also that Kitami had said he was not happy with BRS sales. . In the export manager’s briefcase was information from 18 other companies and appointments made with each of them. BRS had distributed Onitsuka’s sneakers in the United States for seven years.

Knowing that BRS’s future might not be as good as he initially thought, he looked for another sneaker manufacturer. He placed an order for 3,000 pairs but this time when asked for his company name he said he would get back to them.

He reconnected with Carolyn Davidson, a struggling artist he knew in the state of Portland, and asked her to create some ad for them, and maybe even a logo.

Knight wanted something that evokes a “sense of movement” and it would fit on the first soccer shoe he would buy through the new Mexican manufacturer. He thought Davidson’s new logo looked “new, fresh, and yet, in a way, old.” Timeless. ”Not bad for $ 35 worth of work.

Now a name to go with that logo.

The top two favorites were “Falcon” and “Dimension Six”.

It happened at the very last minute; production had already started on the new football boots with the “Swoosh” on it, and the US Patent Office needed to register a name, and the graphic designer needed something for the advertisements.

Johnson, his first employee, suggested Nike. He said it came to him in a dream.

Knight took the Tiger, placed the Swoosh on it, and returned to the factories in Japan. Nippon Rubber, managed by Bridgestone Tires, was able to launch a Cortez prototype (with Swoosh of course) on site.

That’s when he had them make samples of tennis shoes, basketball shoes, everything else. Then he sat down and proceeded to name them one by one in a whirlwind of genius (or perhaps out of necessity). The basketball sneaker named the Blazer after the Portland Trailblazers. Then another shoe, the Bruin (famous worn by Michael J Fox in Back to the Future II).

Ahead of Nike’s rise in sneaker folklore, there was one final close call with Onitsuka, as his export contact made one final visit to a Blue Ribbon Sports store to check on sales of. Onitsuka, before going back to find box after box after box of Nike sneakers… sneakers they shouldn’t have sold. Things came to a head and it was all over between Onitsuka and Nike.

Soon after, Onitsuka partnered with two other companies to become the powerhouse known as ASICS, and it goes without saying that things turned out well for Knight as well.

If you enjoyed this article, please check out the similar articles below: