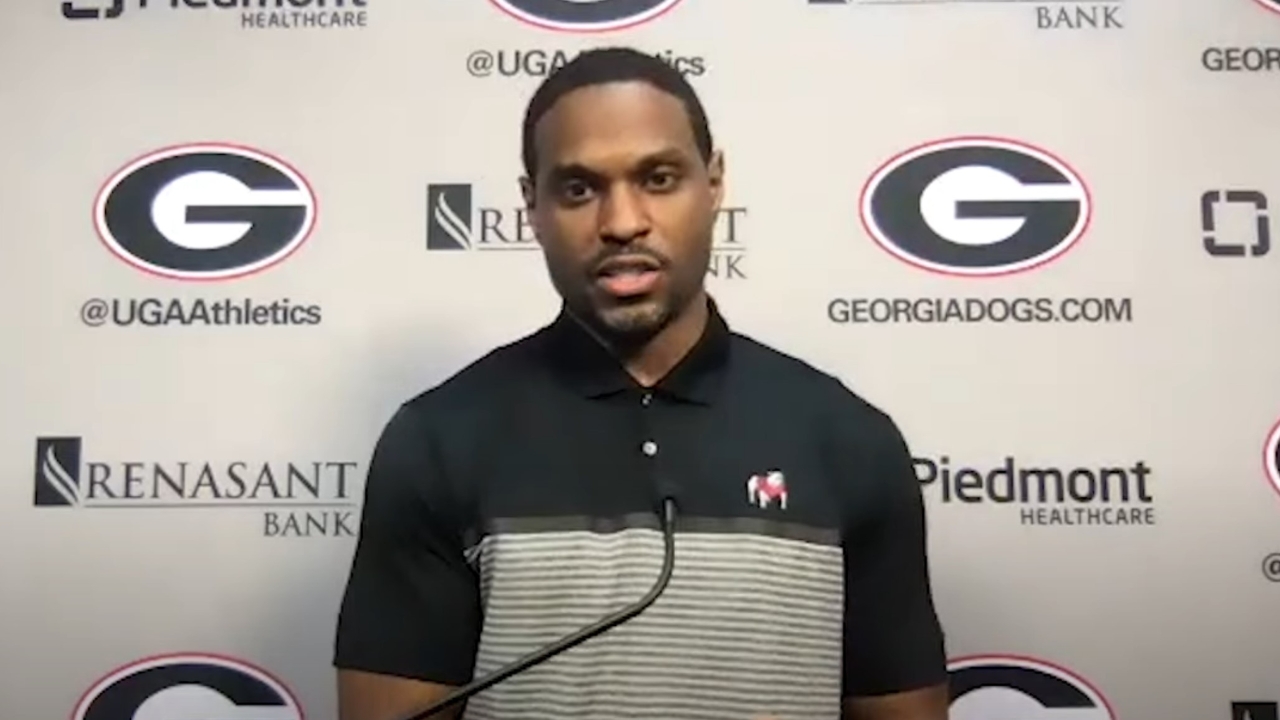 Hankton has spent the past four years in Georgia where he appeared in three SEC East Division titles, three New Year’s Six Bowl games and the 2022 College Football Playoffs.

“Cortez is a terrific coach who has developed exceptional receivers everywhere he’s gone,” Kelly said. “He understands what it takes to win at the highest level after spending the last seven years at the SEC. Our players will benefit from Cortez and all he has to offer – on and off the court. experience he brings to our program will help create a championship culture at LSU.

Hankton has been the passing game coordinator and wide receiver coach at Georgia since 2019. He joined the Bulldog staff in 2018 as the wide receiver coach. In 2021, Georgia led the SEC in yards per play (6.98) and passing efficiency.

In Georgia, Hankton coached SEC All-Freshman wide receiver George Pickens, the MVP in the 2020 Allstate Sugar Bowl victory over Baylor. Additionally, he coached multiple big-play receivers in 2018 in Terry Godwin, Mecole Hardman and Riley Ridley who combined for 1,475 receiving yards. All three were drafted in the 2019 NFL Draft – Hardman, 2nd round, Kansas City; Ridley, 4th round, Chicago; and Godwin, 7th round, Carolina.

Hankton joined the Georgia team in February 2018, after coaching wide receivers for three seasons at Vanderbilt, where he coached veteran receivers CJ Duncan and Trent Sherfield along with Caleb Scott and Kalija Lipscomb. Sherfield finished his career among the best in the program for receptions (136) and 1,869 yards.

Prior to his tenure at Vanderbilt, Hankton coached receivers for three seasons at Dartmouth in the Ivy League (2012-14). During that time, he helped the Big Green to a 20-10 overall record, including an 8-2 mark in 2014.

Hankton produced an All-Ivy-caliber receiver in all three seasons at Dartmouth. In 2012, Michael Reilly was recognized in the first team.

Before joining Dartmouth’s staff in 2012, Hankton spent three months working as a volunteer assistant with Central Florida. In this role, he participated in all aspects of the recruitment process. From 2008 to 2010, Hankton spent time coaching draft-eligible athletes for NFL overalls with Tom Shaw Performance Training Camps. In early 2010, he also served as an unpaid receiver coach at Dr. Phillips High School in Orlando.

Hankton was signed as an undrafted rookie free agent in April 2003 by the Jacksonville Jaguars. During his four years with the Jaguars, he caught 34 passes for 310 yards and a pair of touchdowns, both in 2004. Hankton signed with the Minnesota Vikings in 2007 and spent the entire 2008 season on reserve. injured with the Tampa Bay Buccaneers.

Following his NFL career, he played three seasons with New York, Florida and Virginia of the United Football League.

Hankton earned his bachelor’s degree in business administration from Texas Southern in 2002, where he set season and career records for receiving yards. A four-year starter and two-year captain, he was the Texas Southern MVP and an All-SWAC winner as a junior and senior. Hankton culminated his career being named the AP’s Division I-AA third-team All-American.

Hankton in 2011 created Black Ice Concept, an organization that works to increase the presence of minorities in winter sports by obtaining sponsorships and funds to subsidize the expenses of athletes. He has also demonstrated his commitment to academics on several occasions, including establishing the Cortez Hankton Scholarship Fund for Exemplary Student-Athletes in 2003 and his work with Read Across America through the NFL and National Educational Association. From 2016 to 2017, Hankton volunteered with “Walk for Wishes,” a fundraising program for Make-A-Wish Middle Tennessee.

Off the field in Georgia, Hankton has mentored Bulldog football players in their “Dawgs for Pups” campaign which has helped Athens area children with a number of vital goods and services such as providing a Internet access for home learning, coats during the winter season and a “Food2Kids” snack collection.

The New Orleans native is the son of Cortez Sr. and Sherome Hankton, both New Orleans Police Department officers. Hankton was a standout athlete and multi-year starter at St. Augustine High School.

Hankton and his wife, former Shon Holder, married in July 2014. They are parents to sons Cortez “Trip” III and Cruz.