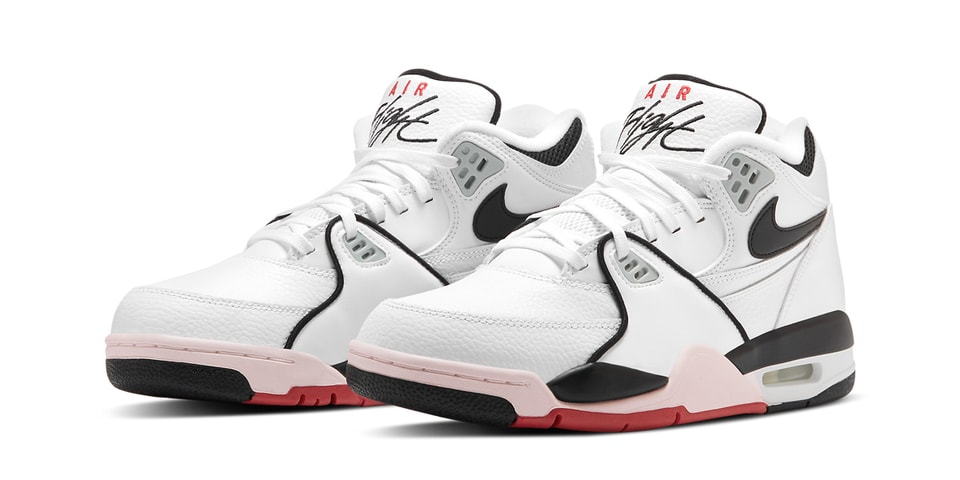 1989 Air Flight ’89 is making a return for 2022 after it was last spotted in June 2020 sporting a SuperSonics-esque colorway. Originally a Nike Basketball performance silhouette, the Air Flight ’89 carries a recognizable retro look, especially with its sole which was taken from the iconic Air Jordan 4. Nike is now refreshing the Air Flight ’89 with a “White/Black” which is accentuated by touches of red, pink and gray.

Starting with the upper, this colorway of the Air Flight ’89 sports a White leather base that matches its laces and trims while being contrasted by Black at the Swooshes, tongue branding, accents. part of the sole and various other details. A soft pink starts at the forefoot of the midsole and winds down to the midfoot, resting on a portion of the rubber outsole in red that matches the tongue and heel branding.

This black and white colorway of the Nike Air Flight ’89 is expected to release in the coming months via Nike and select retailers priced at US$120. Grab an official look at the pair above and keep an eye out for more colorways to drop before the end of 2022.

In other Nike footwear news, an August release date for the sacai x Nike Cortez 4.0 “OG” has been revealed.

Can a bank cash a check from another bank?