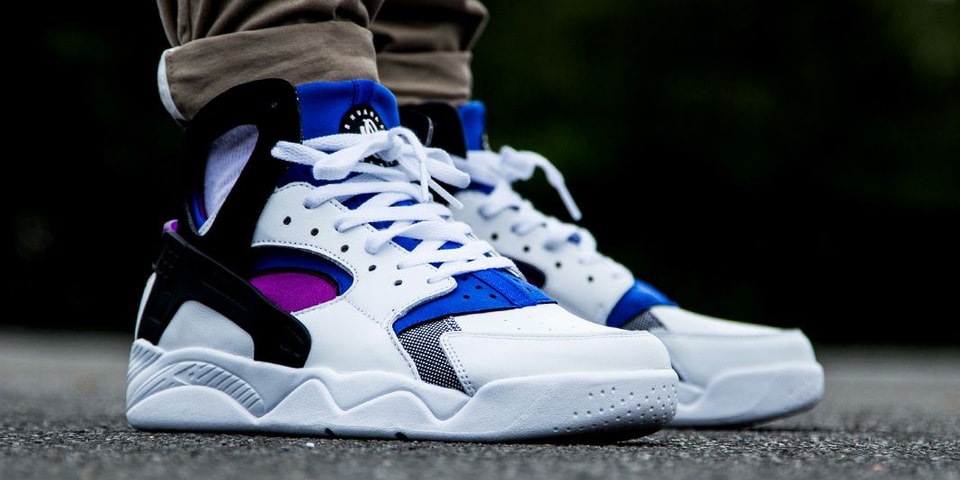 The Air Flight Huarache OG is one of the most famous Swoosh designs of the first half of the 90s, and now it’s set to return in all its original glory in 2023. First released in 1992 and last seen in 2014, the Air Flight Huarache is nearing its decade-long dormancy coming to an end next spring when it lands in the recognizable “White/Varsity Purple-Royal Blue-Menta” colorway.

Designed through a team effort of Tinker Hatfield and Eric Avar – a pair that is the Nike Basketball equivalent of Michael Jordan and Scottie Pippen – the Air Flight Huarache was first made famous by the famed basketball team- Michigan Wolverines “Fab Five” ball. Worn by Jimmy King, Jalen Rose, Chris Webber, Ray Jackson and Juwan Howard, the Air Flight Huarache has become both a striking basketball sneaker and a cultural statement. He’s also gotten a little more gas on the NBA courts thanks to players like the aforementioned Pippen and Reggie Miller. Even Kobe Bryant sported a pair in subsequent years, showing his continued influence.

Construction-wise, all of the original details of the ’92 pair, from the cut-out collar and signature Huarache bootie, to the familiar heel exoskeleton and striking color-blocking scheme, will return to this upcoming retro ( the image above is the 2014 iteration).

An exact arrival date has yet to be announced, but the Nike Air Flight Huarache “White/Varsity Purple-Royal Blue-Menta” will hit shelves in April of next year. When it does, the price will be US$125.

For more information on new sneaker releases, be sure to check out the latest installment of our weekly best shoes list.