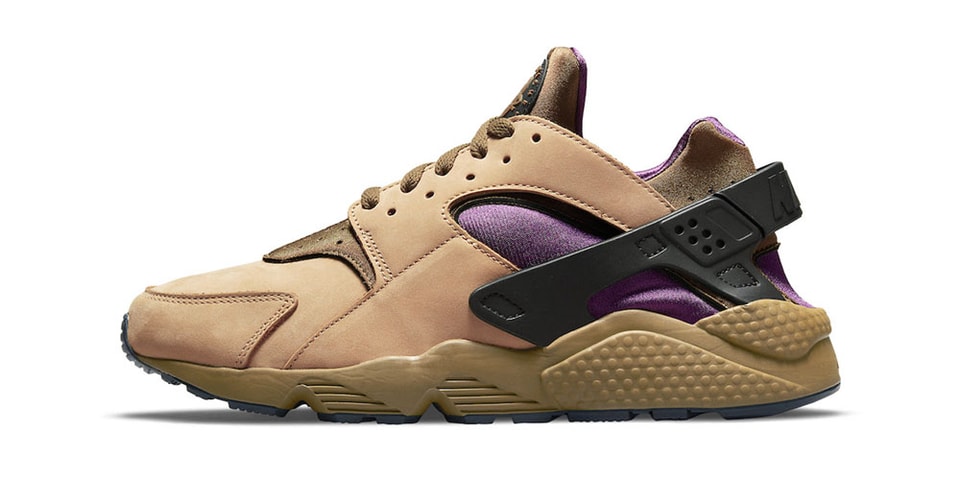 To celebrate its 30th anniversary, will reissue the Air Huarache LE â€œPralineâ€. The limited-edition colorway was first marketed for an exclusive release at Foot Locker in 1992, alongside the â€œSlateâ€ and â€œToadstoolâ€ variants, the latter returning in September of this year.

While the figure hype has died down in recent years with the rise of All Things Dunks, the activewear powerhouse continues to revive sentimental and noteworthy color schemes from time to time.

The LE offering is fitted with its beige colored buttery soft nubuck leather that wraps all the way down the front and extends over the tongue, quarters, ankle and heel in a silky mesh padded with brown and purple foam. The tongue features a retro Huarache circular tongue tag that pairs with the black Nike branded heel strap element the shoe is well known for. A ‘Limited Edition’ leather hang tag is added to commemorate the original ’92 launch. The textured midsole is molded in a khaki hue that dresses the shoe on a black rubber outsole to seal it all in.

Don’t miss the Nike Air Huarache LE “Praline” scheduled for release on November 26 at select retailers and via Nike for US $ 120.

For more shoe information, take an official look at the Air Jordan 3 “Camo”.