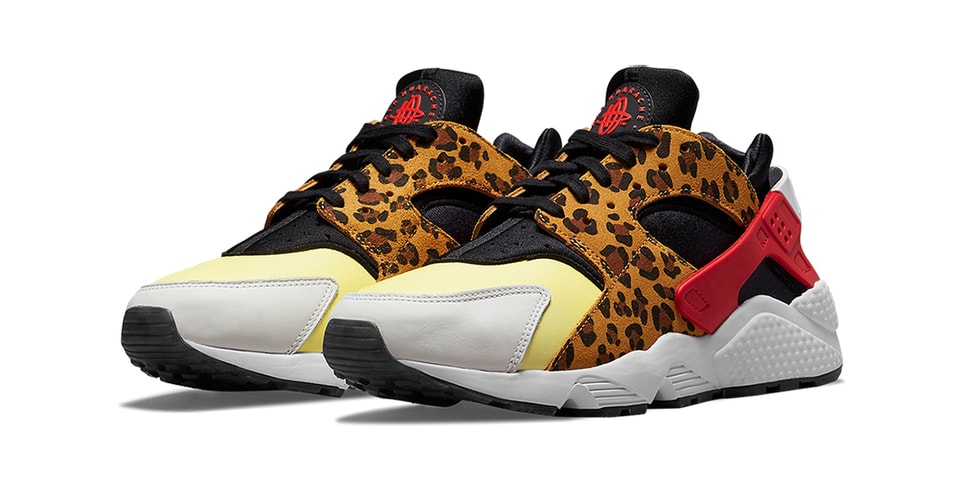 There is a load of classic the sneakers that have seen a revival in the market in 2021, and the one that has received a lot of attention is the Air Huarache. The classic silhouette – which was designed by the great Tinker Hatfield – has been offered in many different colourways this year, from collaborations with Stüssy to original returns, and now it’s specially designed in a new colourway that celebrates SNKRS day.

The palette of this lifestyle-driven interpretation relies primarily on an austere black tone that envelops the inner bootie and laces. In the center of the scene are patterns of wild brown and black cheetahs that fall along the midfoot overlays. Bright accents of pale yellow and red also provide strong pops of color, the former of which dyes the toes while the latter appears on the Huarache tongue logos and the sides of the heel cages. The middle sides of the cages echo its celebratory theme by printing “8.8.21” – the date of SNKRS Day – in black. Additionally, the phrase “Got ‘Em” that appears on your mobile device screen when you win an SNKRS launch is stamped on the insoles.

Be on the lookout for these to drop on August 8 exclusively via the SNKRS application in Europe.