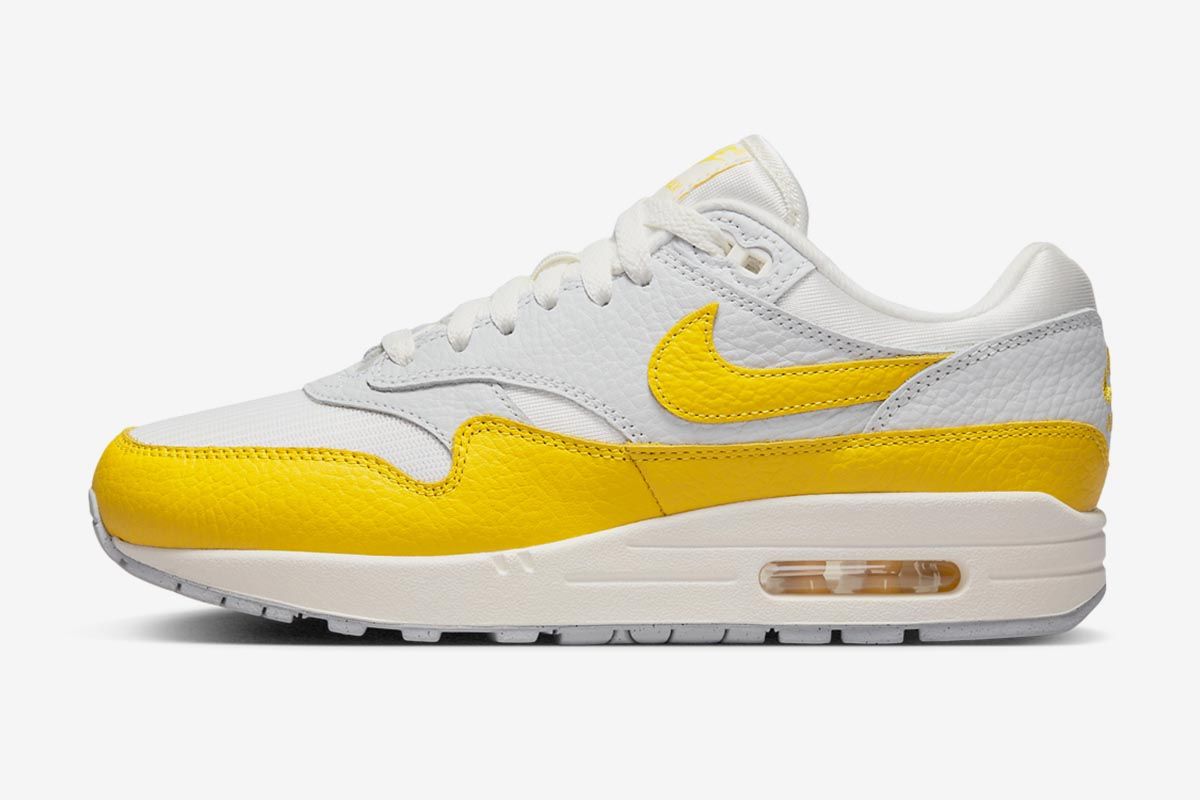 When Nike gives you lemons…make a pair of Air Max 1s. On the 35th anniversary of what is arguably Nike’s biggest flagship (as far as the Air Max family goes way), the figure continues to receive a well-deserved wave of love.

For the first half of the year, collaborations reigned supreme over the silhouette, with Concepts’ three-piece offering on multi-patterned looks leading the way.

Once Air Max Day landed towards the end of March, the 1s once again stole the show as the Swoosh focused the majority of its efforts on its senior. From “Wabi-Sabi” to “City of Life”, the occasion turned into something of an AM1 celebration.

Next is an iteration that showcases the silhouette at its best – a great example of less is more.

Reminiscent of the shoe’s first colorway, “Bright Yellow” dresses the midsection and outsole in an extremely pale gray, almost white leather. The same premium fabrication also fills in the iconic mudguard and Swoosh in the namesake “Bright Yellow” coloring.

This summer-ready coloring also fills in the heel branding, tongue detailing, and internal air unit. For the remaining parts of the shoe, including the sporty mesh underlays, midsole, tongue, and lining, are all accented in a crisp white.

If this is a taste of what an Air Max 1 summer has to offer, we have a lot to look forward to. While no official release details have yet surfaced, you can expect the pair to land later this year.