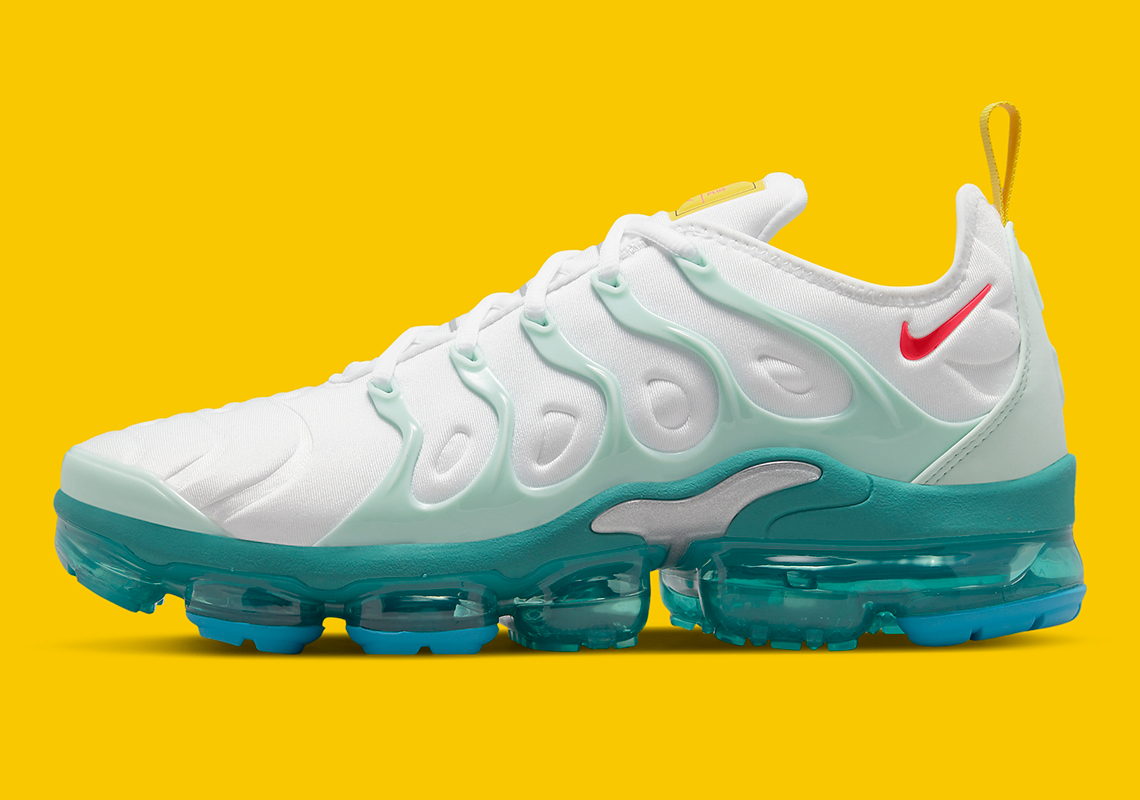 As the third best-selling sneaker of 2021 in North America, the Nike VaporMax Plus continues to be a go-to option for casual and discerning consumers. And as it celebrated its fourth year on the market in January 2022, the silhouette helps the Swoosh celebrate its 50th anniversary as “NIKE, Inc.”

For the uninitiated, the North American sportswear giant was founded as “Blue Ribbon Sports” in 1964. Over the next seven years, the brand’s co-founders, Phil Knight and Bill Bowerman, helped the Japanese Onitsuka Tiger to sell their products in the United States as they developed their own track shoes. When the two parties’ agreement ended in 1971, BRS became Nike and launched two models – the Moon Shoe racing flat and the Nike Cortez – which helped solidify it as a company and player in the sport of running from 1972. There’s little that connects the newly resurfaced VaporMax Plus to its aforementioned predecessors aside from the “Since 1972” stamped on its sock. The predominantly white color scheme works in tandem with the shades of green found on the TPU profile cages and sole unit to create a rarely (if ever) seen ensemble in Nike Running heritage. It’s very likely, however, that more Air Max and Sportswear models will appear with a similar arrangement as spring approaches.

Enjoy official images of the pair below and expect a Nike.com launch in the coming months.

For more on the Swoosh, check out the “Bart Simpson” SB Dunk Low. 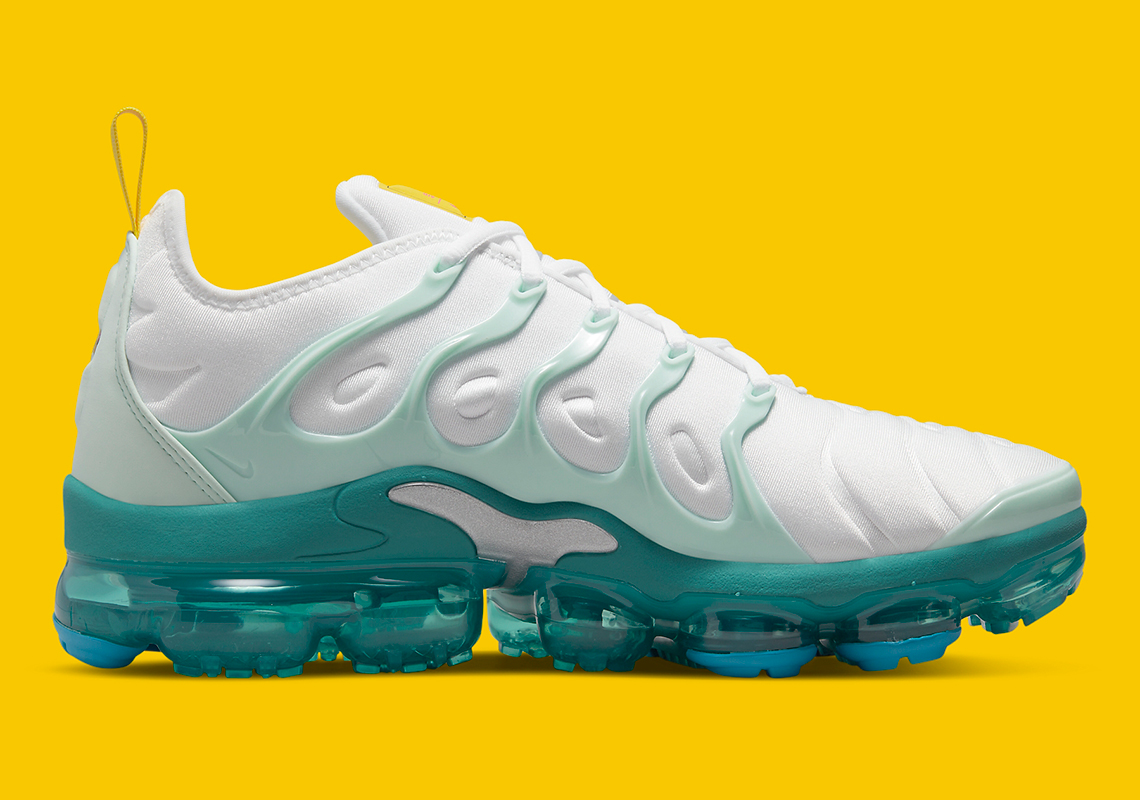 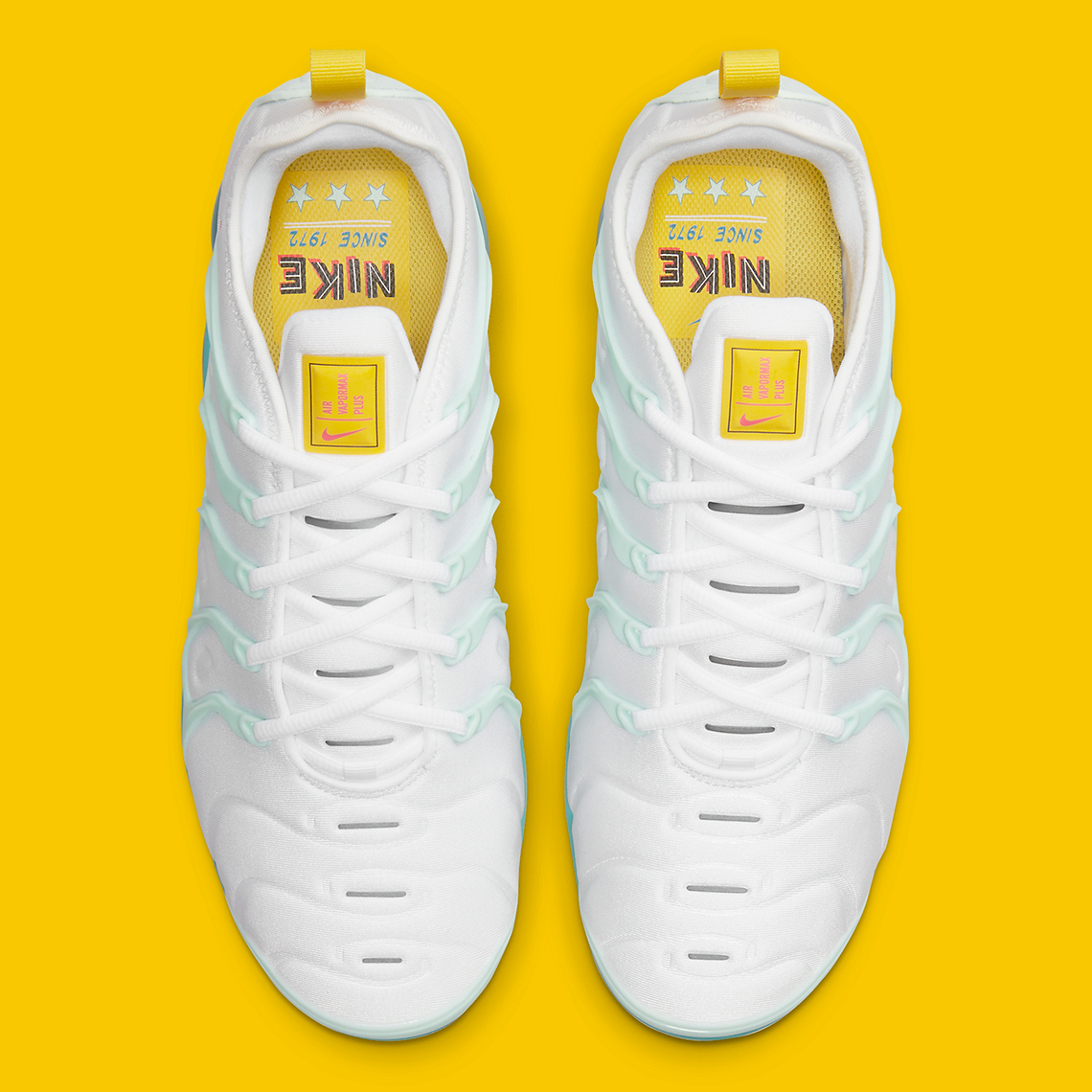 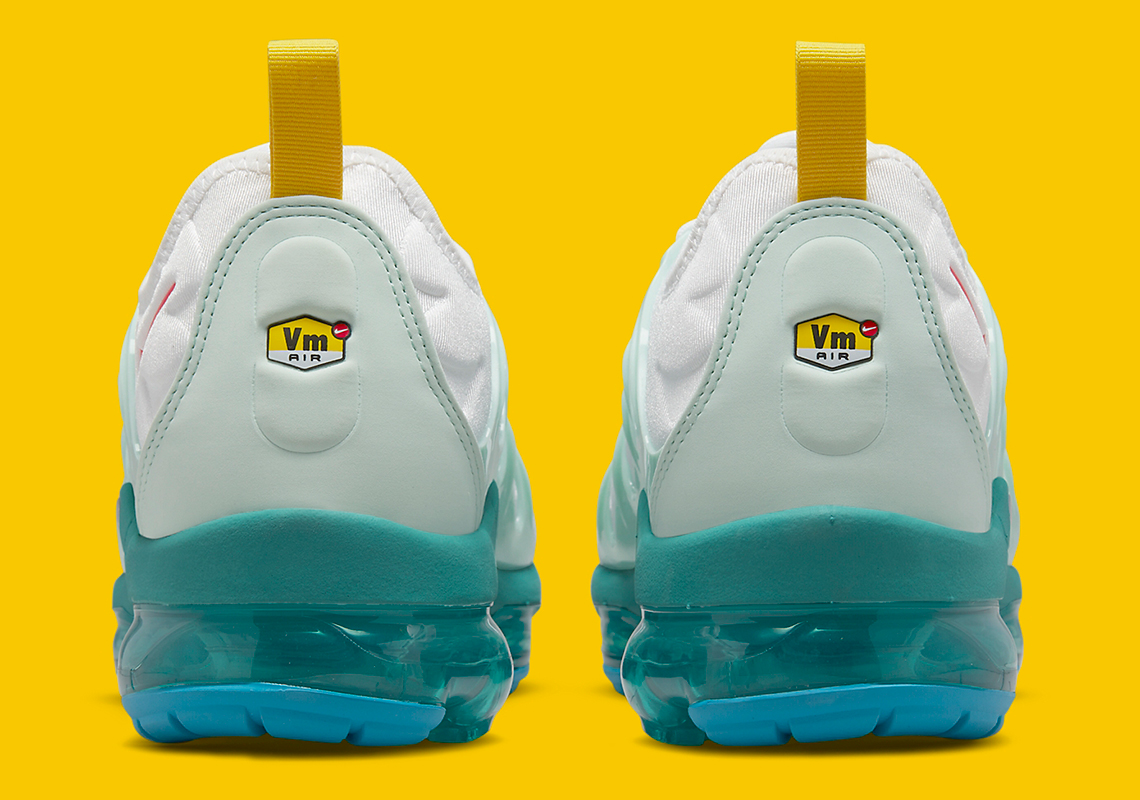 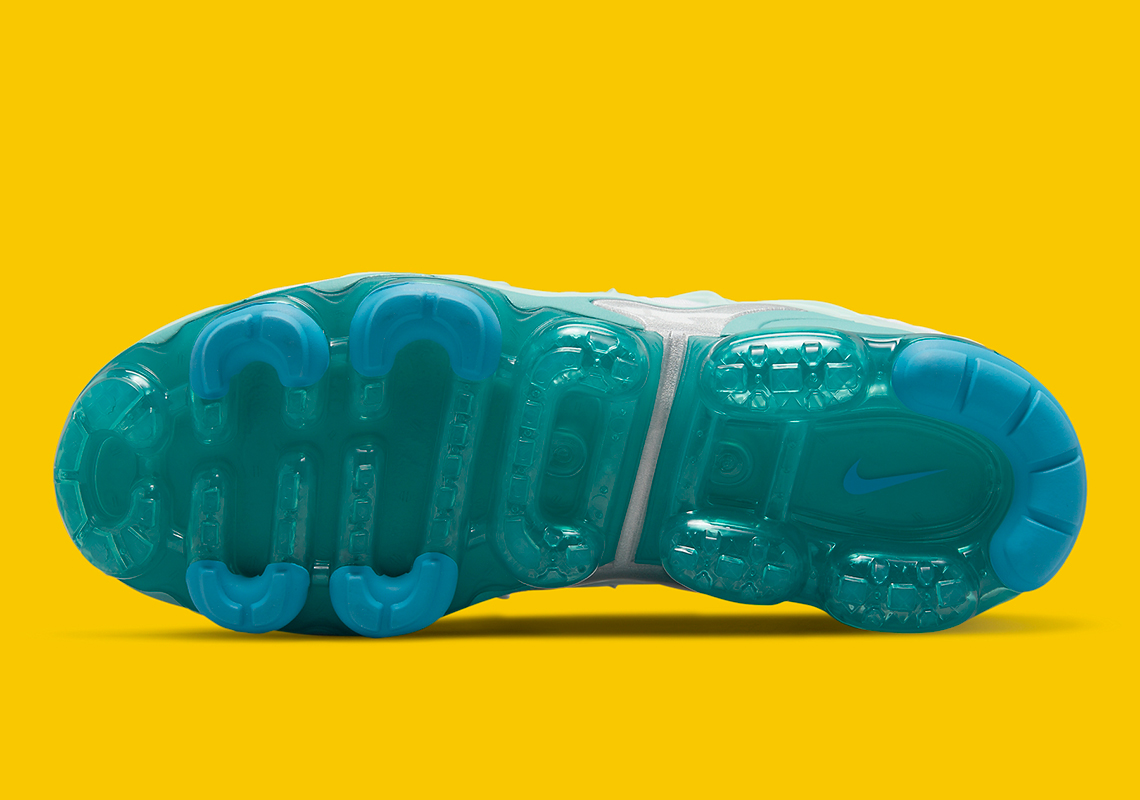 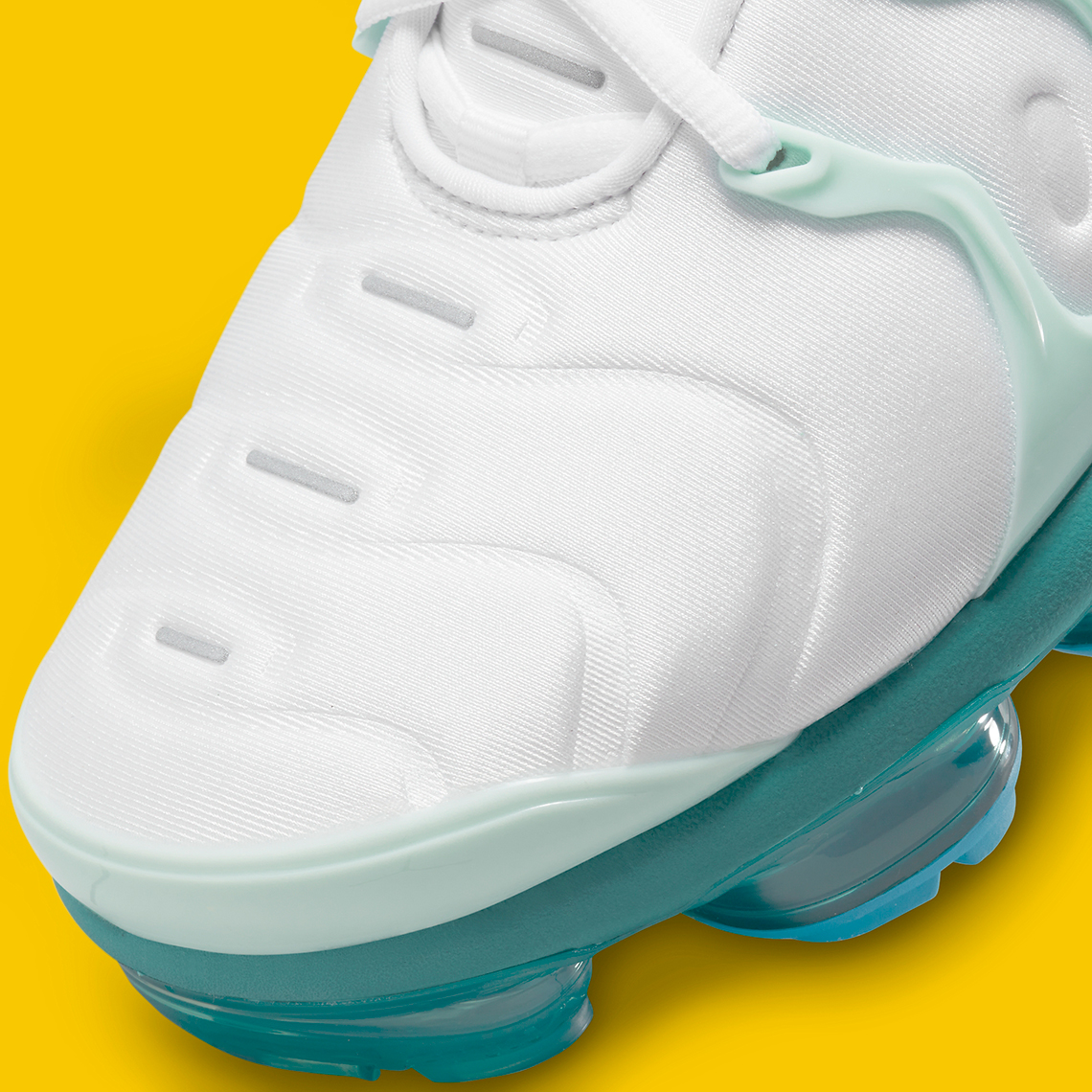 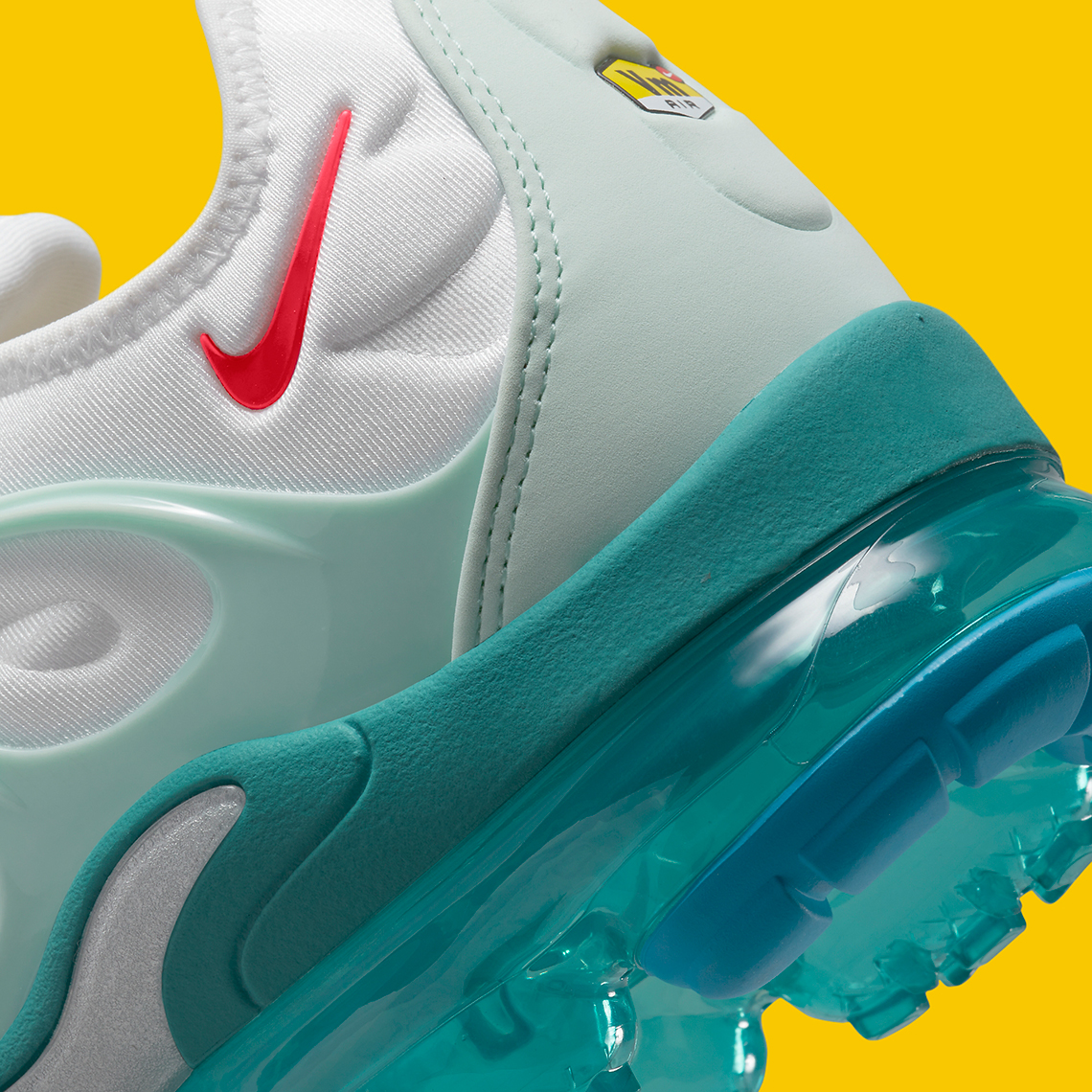