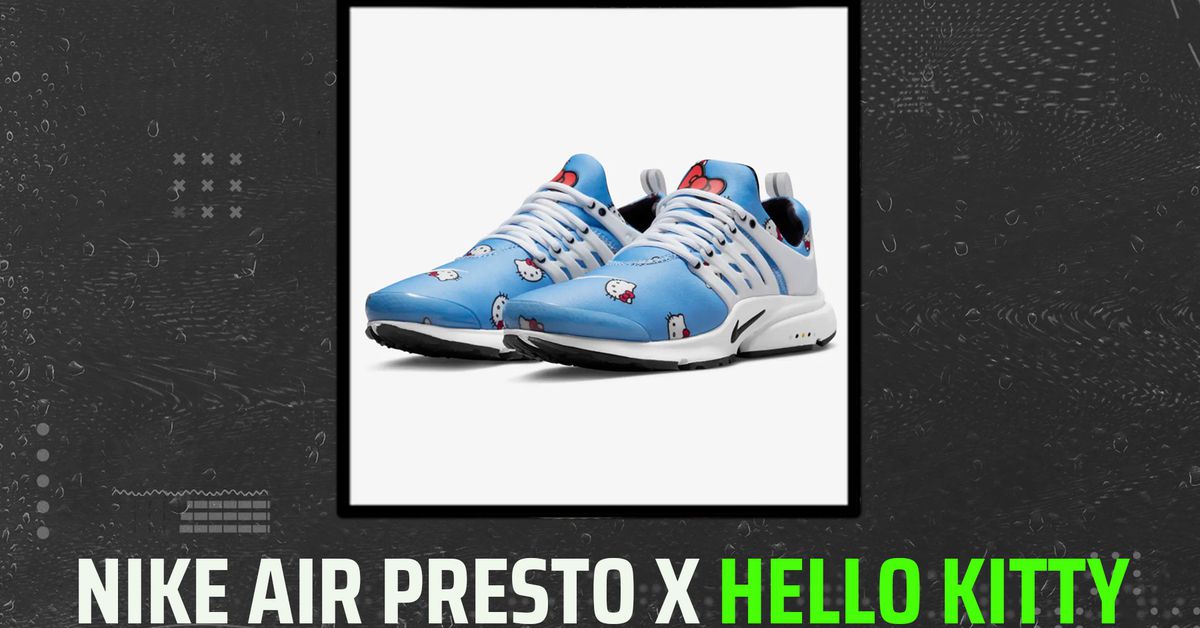 What happens when you take a pop culture icon and combine it with one of the most classic Nike silhouettes from the 2000s? You get the Air Presto x Hello Kitty the collaboration is set to release on Friday.

Hello Kitty is best known for her ubiquity in all facets of pop culture, from merchandise and toys to games, books and anime. The character has appeared on a variety of products since 1975 and has remained popular since its launch in 1975.

Of course, this isn’t Hello Kitty’s first collaboration with the Presto, as there was a limited edition collab in 2004, which has become something of a holy grail for fans of the character and the sneaker.

Of course, the Presto is no stranger to characters. When the sneaker was initially released in 2000, the marketing campaign included 13 different characters representing the initial series colorways.

The shoe was designed by Tobie Hatfield, the brother of legendary Nike designer Tinker Hatfield. The shoe, which could be considered the successor to Tinker’s Air Huarache and a predecessor of Tobie’s Nike Free, was originally going to be called the Air Comfy, and boy does it live up to that moniker. The pattern was originally introduced as a t-shirt for your feet, available in t-shirt sizes (S, M, L, XL) rather than traditional numeric sizes. This has been possible in part thanks to the stretchy sock-like material which also makes it an extremely light and comfortable sneaker to wear in all situations.

The shoe became an instant classic and its legend was cemented in part thanks to its relative elusiveness, as it was vaulted for a long time without any release. However, in recent years the shoe has enjoyed a resurgence, including as one of Virgil Abloh’s most popular pairs.”The ten» collection and in collaboration with Acronym among others.

The release will also include a capsule of Nike x Hello Kitty merchandise, From t-shirts to pants to hoodies, the perfect items for any Hello Kitty fan to pair with their new kicks.

The collaboration was released last month on Sanrio’s website, so maybe this build can be slightly easier to acquire than other SNKRS drops. Then again, who knows, Hello Kitty has quite a fan base. Good luck to anyone who wants a pair!

A congregation of sneakers, streetwear and those who dare to wear them – Manila Bulletin