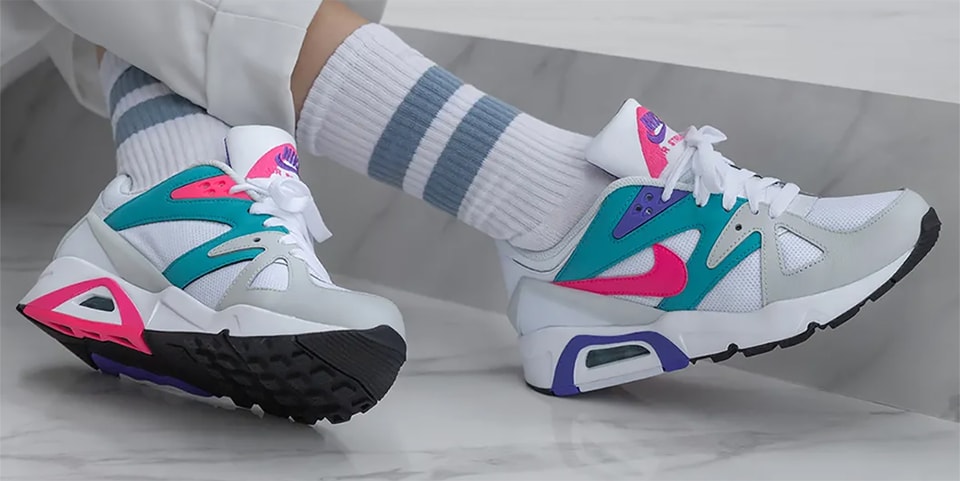 In 2021, and its Sportswear division this year celebrated the 30th anniversary of two classic models, including the Air Huarache and the Air Structure. The latter, after showing some of his OG returns, is now preparing to present a new opus for his female audience: the Nike Air Structure “White / Hyper Pink”.

For this new makeup, the Nike design team makes heavy use of grayscale hues to form the majority of its base coat, paving the way for stronger accents to steal the show. The mesh layers, as well as the leather heel overlays are crafted in crisp white while the forefoot overlays and heel molds are whipped up in ‘Photo Dust’. 90s accents of “Hyper Pink” and “Turbo Green” appear in various sections of the upper, the former applying to the Swooshes and tongues while the latter hugs the quarter panel overlays. Small hints of purple also come into play when touching the eyes and the Nike Air branding of the tongue. Additionally, the mold lining the exposed Air units alternates between purple on the lateral side and pink on the medial.

Nike Air Huarache Size: How Do They Fit?