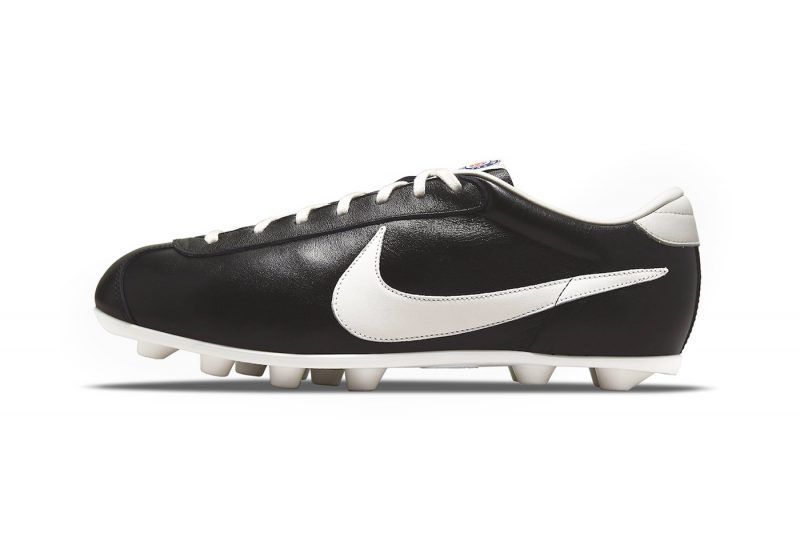 Nike Brings Back New and Improved 1971 “The Nike” Football Boot

Football fans, rejoice! Nike is bringing back its original 1971 soccer shoe, resurrecting a little piece of history as the shoe was the first to wear the now iconic Nike Swoosh.

As our love for vintage and retro silhouettes continues to grow with archival silhouettes such as the Adidas Forum and the New Balance 550, the Swoosh brings back â€œThe Nike,â€ which was originally launched in 1971 and was just selling below 17 USD.

The soccer shoe has a simple design with a black upper accented by a white Swoosh and a shape reminiscent of Nike’s Cortez sneaker.

As the shoe returned, of course, Nike made a handful of improvements to the performance aspects of the shoe. 50 years after its original release, the shoe still features the same 13 conical studs, but is now weatherproof. After the initial release of the shoe, Nike had to remove the product because it could not withstand rain or cold. Oh, what a long way!

The return of “The Nike” is a much-loved resurrection, and it’s refreshing to see retro silhouettes rise in popularity in sports as well as in fashion.

Over the past few years, we’ve seen massive technological advancements in soccer, with new slip-on silhouettes, Flyknit uppers, and more innovative designs surfacing every year. The retro shoe may not feature any of Nike’s revolutionary materials, but it does have an element of nostalgia that cannot be matched.

The boots are expected to retail for $ 250 and will release via Nike on December 6.