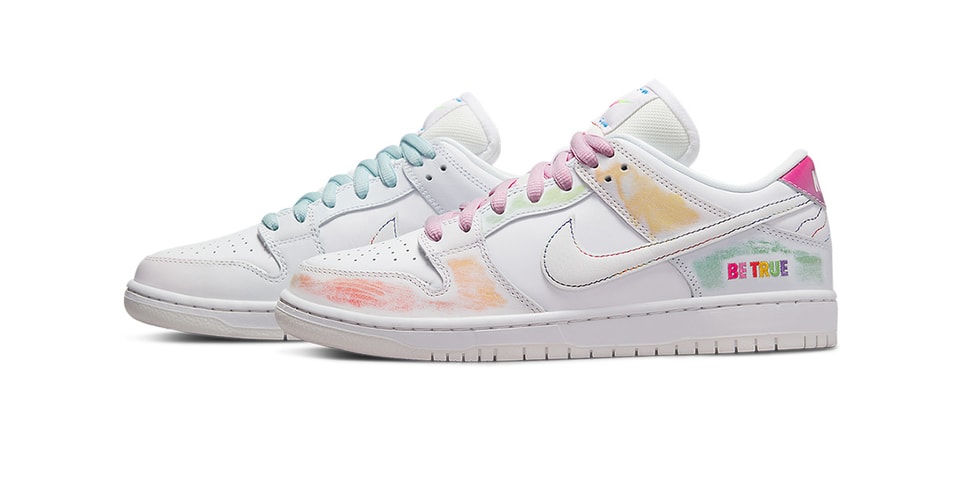 As May draws to a close, a handful of your favorite shoe brands such as adidas, Converse and have started showing their fans what they have prepared for this year’s Pride celebrations. The latter has already started teasing what’s in store for the 2022 “Be True” lineup by unveiling his famous Cortez, but now he’s spotlighting his famous “Be True” Dunk Low which has just appeared via official images.

Rainbow accents – which are often used to symbolize the LGBTQIA+ community – are what take the lead in this specific design. You’ll see them in prominent stitches as they border the angelic Swooshes, cover the “Be True” lettering on the lateral heels, and splash onto the insoles in tie-dye form. Most of the upper is coated in a clean white finish, but this paint job actually has the ability to wear off and reveal colorful flecks of yellow, green, red, and orange accents. Tongue branding replaces the usual Nike Air logo with a Swoosh that features a dripping effect and the laces arrive in a mismatched format as Pink lands on the left shoe while Baby Blue threads the right.

Nike will likely be dropping this makeup during Pride Month (June), so take a closer look above while you wait for them to release.

In other news, the Nike Air Max Flyknit “Multi-Color” has made an appearance.

Best gifts to buy for Liverpool fans in 2022