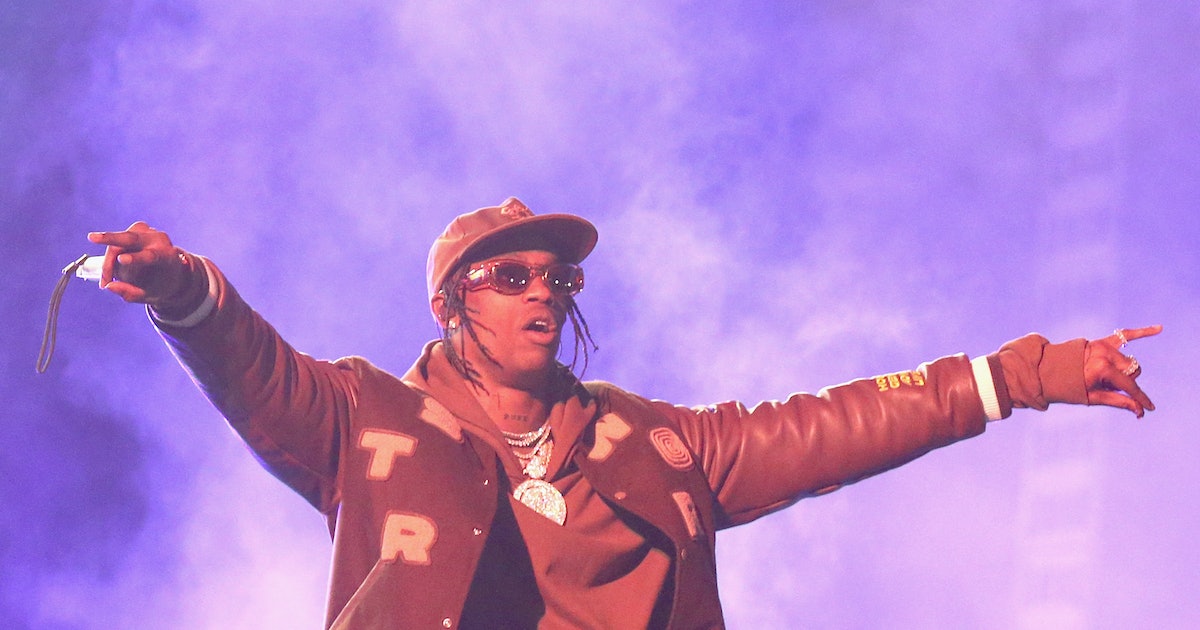 Fragment Design founder Hiroshi Fujiwara has apparently confirmed the rumors of impending Travis Scott x Nike Air Jordan 1 Low sneakers by donning a pair of never-before-seen shoes himself. Complete with the rapper’s inverted Swoosh, the new design looks like a remix of Fragment, Nike and Scott’s previous collaboration on the Jordan 1 Low.

Early reports on the sneaker indicated that the bottom would consist of three unknown colors, accented by Wings embroidery and co-branded tabs and heels. However, the color scheme was later revealed in a since-deleted Instagram post, where Fujiwara teased the shoe’s white upper to come with blue Swooshes. With almost the same features as the designer’s previous Scott x Nike sneaker, the latest shoe serves as an alternative – or part of a set, if you’ve been lucky enough to score the first version.

A second chance to score – The remixed version of Scott and Fujiwara’s initial Air Jordan 1 Low features a white leather upper contrasted by bright blue inverted Swooshes. Matching blue accents are also found on the heel tab, while off-white laces and midsoles are reminiscent of the original design. A white outsole finishes the shoe.

Minimal and elegant, the low-top sneakers fit in with trendy silhouettes like Nike’s Blazer or Cortez models. In the photos, Fujiwara can be seen styling the never-before-seen shoe with a complementary monochrome outfit, and the Air Jordan 1 Low easily fits into Scott’s rotation of all-brown or black outfits. The simple sneaker can be styled by anyone, really – but not everyone will get the chance.

Too many Travis? – No release date has been announced for the minimalist Air Jordan 1 Low, although the sneaker is expected to launch in early 2022 alongside another pair. Demand for the collaborative three-way shoe will likely be as high as the original one, which currently sells for over $ 1,000.

While Fujiwara already has a Fragment Design x Nike partnership in progress, his colleague Travis Scott has 12 all-new Nike sneakers planned for the coming months. The rapper has teased five upcoming Air Max 1s as well as a retro Air Trainer 1 Mid, and an Air Jordan 1 covered in animal prints is expected by the end of this year. Still, Travis fans are insatiable – and when his Fragment Air Jordan 1 Low sneakers eventually drop, people will no doubt flock to SNKRS and resale sites for a pair.