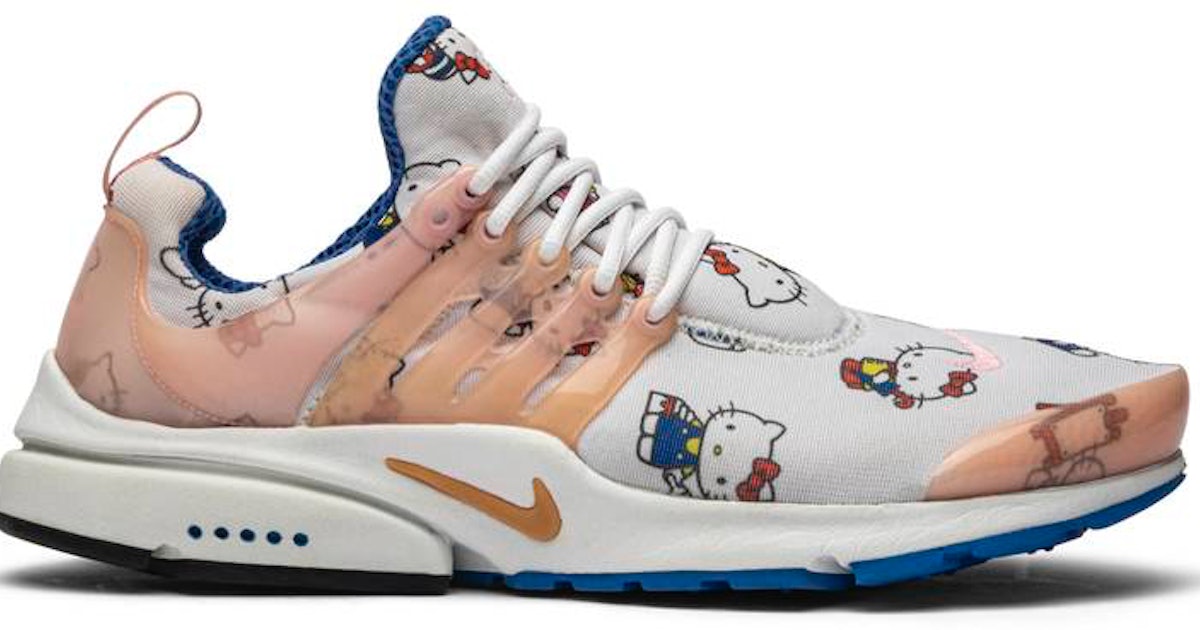 Another year 2000 icon is making a comeback in streetwear: Hello Kitty. The iconic Sanrio darling has another chance to remix Nike’s Air Presto, reviving the elusive 2004 collaboration that never saw a wide release.

The Hello Kitty x Nike Air Presto 2004 was one of the more niche but elusive drops of the 2000s because, after the bustling shoe press, there was never really a drop at all. While designed as a limited series, with 500 pairs in four color palettes, the high-profile collaboration ended with an extremely limited “friends and family” distribution. Rumor has it that only 12 pairs of each style left the factory. This isn’t a shoe that has been the subject of a hype because of the absurdly high resale prices – you can’t find it in the resale market at all. Now, 17 years later, nostalgic style has a second chance with a whole new generation of sneakerheads.

To be determined – A key question mark is the design of the shoe itself; no photos of the upcoming retro have been released so far. While the 2004 Air Presto (pictured above) showcased the classic Hello Kitty’s iconography and color scheme, it’s unclear whether this retro will feature an updated design. The designer involved in Nike’s first collaboration with Hello Kitty, Steven Smith, is now leading the design of Kanye West’s branded Yeezy shoes with Adidas, and he’s highly unlikely to cross the line of rivalry for this retro. However, since the 2004 original was never widely available, even an unchanged reissue would see a lot of hype from collectors and Hello Kitty fans alike.

Claw – The exact release date is still a secret, but the Nike x Hello Kitty Air Presto is expected to hit retailers by the 2021 holiday season.