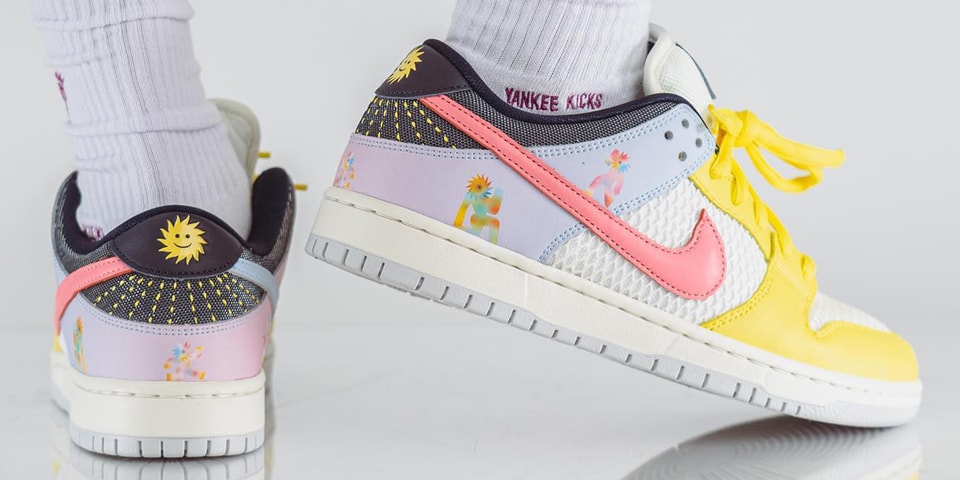 Every year, celebrates Pride Month with a “Be True” collection that encourages everyone to be themselves. With each capsule, LGBTQIA+ themed sneaker colorways combine with matching apparel. For 2022, that included a Dunk Low with a wear-resistant upper, a Cortez with multiple Swooshes and more. Now, the first pairs of another “Be True” Dunk have surfaced.

Unlike the 2022 release, this “Be True” SB Dunk Low starts with a White textured mesh base on the upper wearing leather overlays ranging from yellow at the forefoot to lavender at the side heel and pink at the medial heel. A reddish pink Swoosh hits the side while the medial Swoosh promotes a baby blue look. Themed detailing begins at the tongue branding and continues with a heel sun backed by rainbow characters with head suns throughout the upper.

Whether or not Nike will release this SB Dunk Low “Be True” colorway is unknown. However, with several pairs shown off in recent weeks, fans can keep their hopes up for an eventual release via Nike and select retailers, though that won’t happen until the launch of the 2023 “Be True” collection next June. Check out the pair on foot above and look for more to surface in the months to come.

Elsewhere in the footwear world, Nike has added reflectivity to a Triple Black colorway of the Air Max Plus.