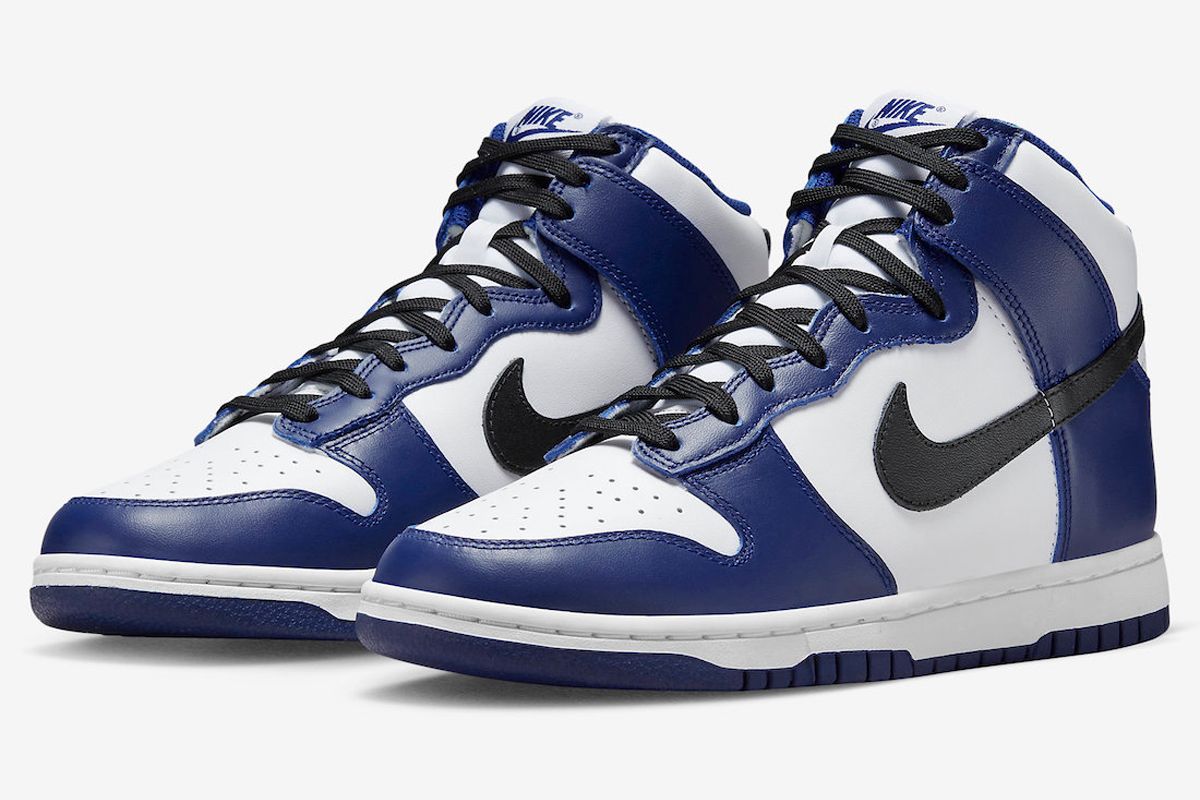 For a second, I thought excitedly that AMBUSH’s Nike Dunk Highs were restocked. However, I realized Nike hit me with Welven Harris’ “I got ’em” once I got a better look at the latest Dunks.

Nike’s Dunk train is still going strong as the Swoosh has unveiled official images of yet another new Dunk colorway. And let’s just say they look really familiar.

For the latest Dunk High, Nike gave the silhouette a navy, black and white paint job, reminiscent of Yoon Ahn’s “Deep Royal” version on the model. Talk about Dunk-jà vu.

The AMBUSH branding is also absent, of course. If not, we’d be discussing a restock here, folks.

Of course, the sneakers aren’t exactly like Ahn’s version of the timeless Swoosh silhouette. But judging by the color scheme alone, Nike’s upcoming Dunk High is giving off some major AMBUSH vibes.

I mean, the shoe brand could have at least used a different shoe for this go-around.

For crying out loud, the sportswear giant turned its Blue Ribbon SBs into what Gen Z would call poor man’s sacai x Nike Cortez. And the sacai sneakers haven’t even come out yet!

Alas, the Nike Dunk High “Navy Blue” is just another example of the Swoosh attempting to fly solo without the help of its collaborative band members.

The question is, will Nike succeed in being a one-man show on release day like Justin Timberlake or will it fail without its NSYNC partners? We will definitely see Dunk’s pending release date.