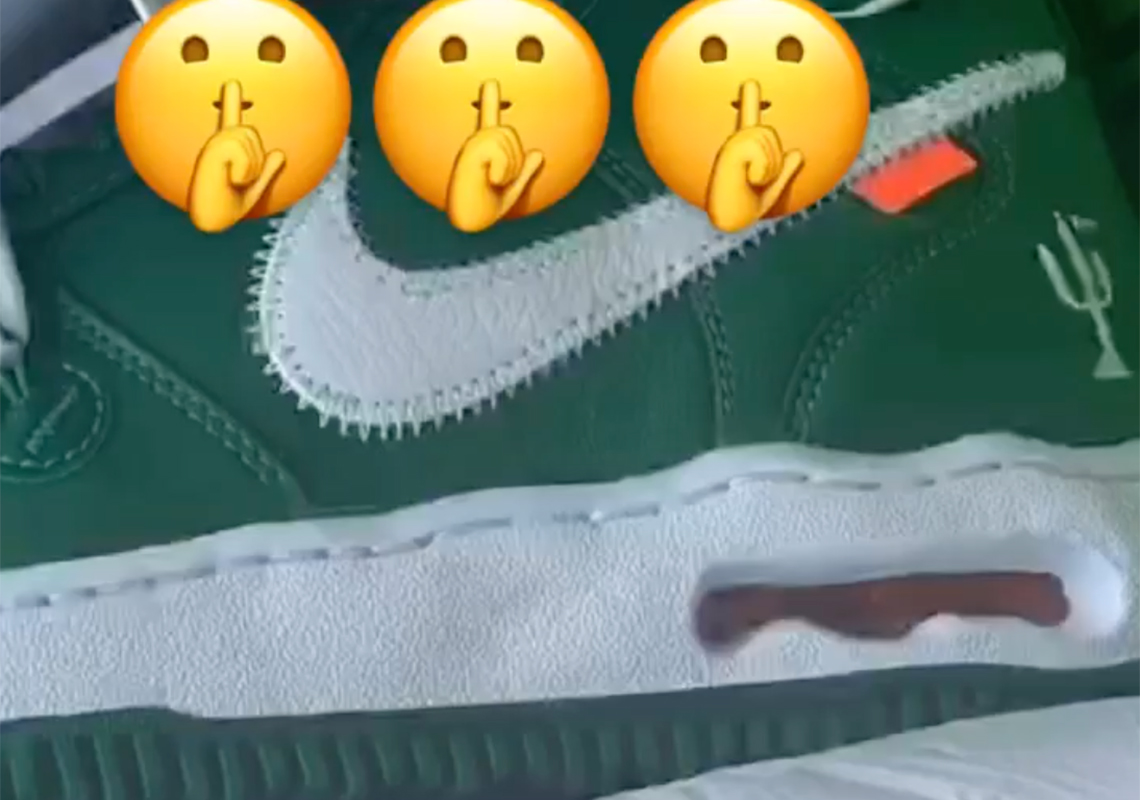 Despite his passing in November 2021, Virgil Abloh continues to have a presence in the sneaker space. In addition to generating countless aftermarket sales through his Off-White sneaker collaborations, the late Illinois native is further expanding the design language of NIKE, Inc.

Recently, a green colored Air Force 1 Mid appeared with typical Off-White details: zippers, contrast tabs at the profile swooshes and “deconstructed” constructions. The upcoming pair resembles the ultra-exclusive low-top Air Force 1 pairs that Abloh curated for the Brooklyn Museum and Louis Vuitton before passing on. While the latest Nike Off-Whites feature some of Abloh’s signature touches, they also feature a never-before-seen cactus logo on the lateral heel. It’s unlikely the creative director used the succulent for his footwear given the silhouette’s significance to Travis Scott, but the resemblance is compelling. The shoes’ transformed sole exposes an Air Max unit, drawing on the thought process behind the original “The Ten” collection that debuted in 2017.

Enjoy a first look at the upcoming pair, courtesy of Instagram account @horhead_sales, as we await official details from Nike SNKRS later this year.

For more from the NIKE, Inc. umbrella, check out all the upcoming Air Jordan 4 releases.