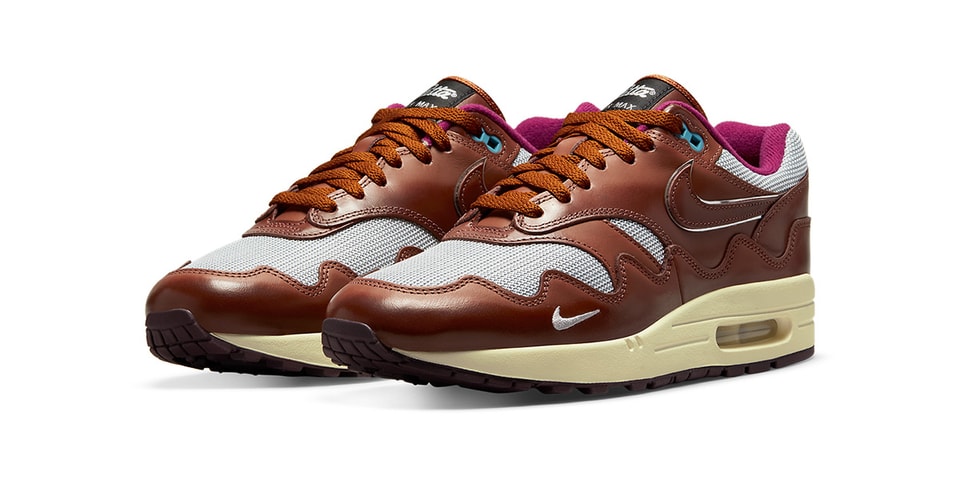 and his beloved Air Max 1 have been running full steam ahead in 2022. The Tinker Hatfield-designed silhouette has indulged in various collaborative projects with the likes of Travis Scott and Kasina, and now it’ll expand its run with an all-new team alongside Patta. The Dutch imprint’s “The Waves” assembly is set to welcome in a new maroon colorway, and it’s just been revealed through official images.

Luxe brown leather is called upon to form the Swooshes, overlays on the lateral and medial quarters as well as the signature wave-shaped mudguards that extend from the tip of the toe to the rear. Mesh underlays and forefoot Swooshes match their Light Gray skins while flashes of Metallic Silver highlight the aforementioned Swooshes. Additionally, the interior linings are swathed in a magenta purple while understated teal accents are found on the eyelets and embroidered Nike Air branding to the rear. Co-branded text arrives on the tongues while Patta’s nickname is printed on the yokes.

No official launch information has yet been announced, but it’s likely to drop in the coming months for $160.

In addition, the “Black” and “Pink” colors of the Air Max 2015 by Stüssy and Nike have appeared.