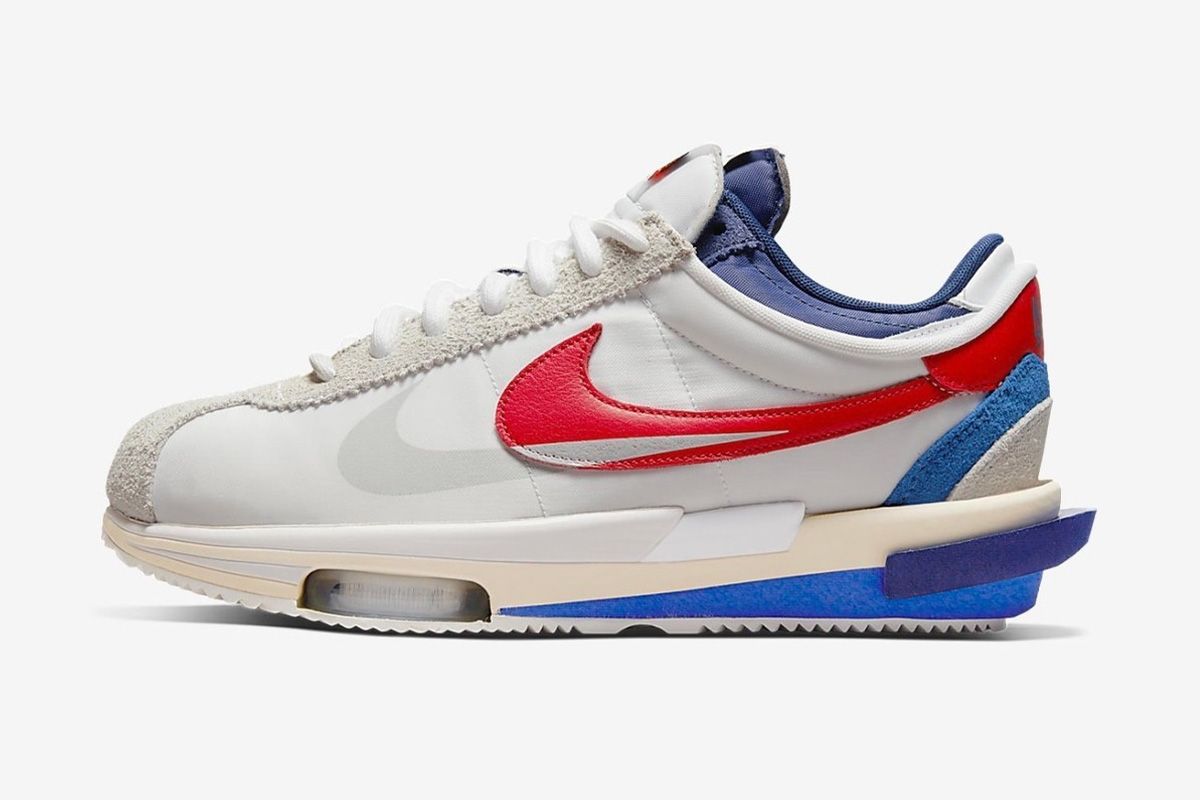 I for one am a pretty big fan of sacai doubling down on things for no reason. I mean, how many layers is too many layers for the LDWaffle? Only time will tell.

Meanwhile, the Japanese brand’s highly anticipated take on the Nike Cortez appears to be dropping shortly, six months after its initial reveal in the brand’s Fall/Winter 2022 presentation.

Officially titled the Nike x sacai Cortez 4.0, the silhouette – which celebrates its fiftieth anniversary this year – arrives with a fresh new lip on the back (of course), dressed in its OG 1970 colorway of white, red and blue, with the iteration darker below also set to land.

The Cortez is held in high regard at Nike headquarters, as it was the brand’s very first shoe. Designed by Bill Bowerman when Nike was still in its Blue Ribbon Sports guise, the Cortez has become one of the brand’s most popular and recognized sneakers around the world.

That being said, what can’t you do with an extra lip? And an additional language, for that. Double it all, while you’re at it.

Speaking of doubling down, the Cortez recently featured in another collab, alongside American outfit Union LA, which dropped two iterations of the classic silhouette, after first linking up mid-last year.

For me, sacai and its dual take on the Nike Cortez easily trumps the pack. And while I’m pretty sure I’ll get a double L when the draws roll, it’s worth a try, at least.