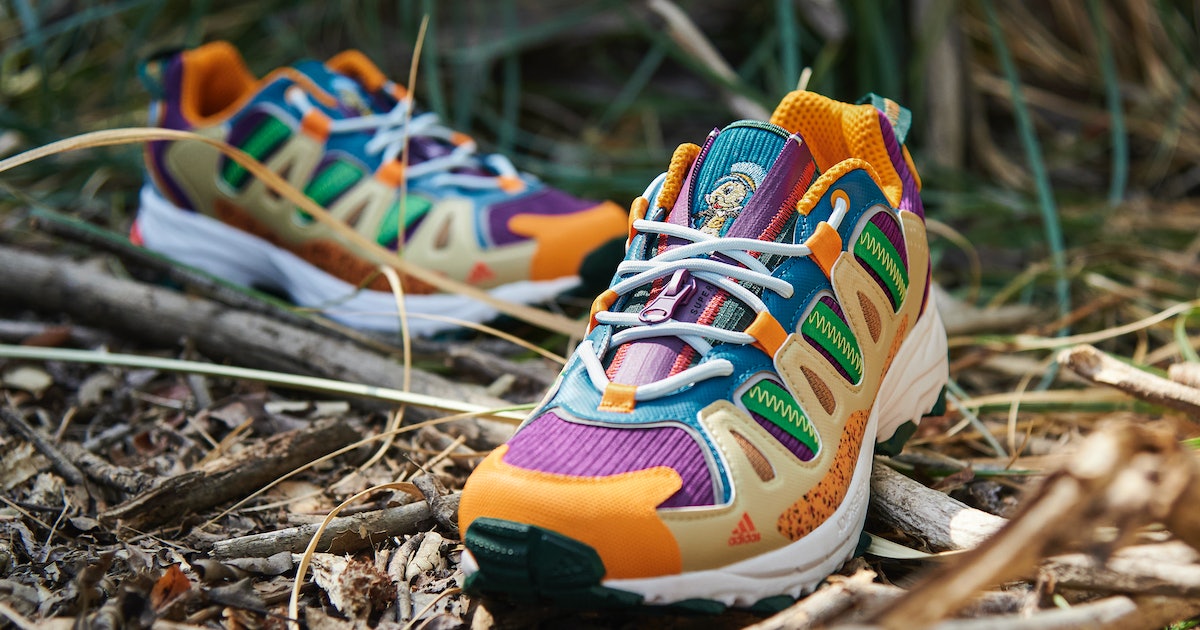 Sean Wotherspoon and Adidas continue their partnership this week with the release of the Superturf Adventure SW. The thrifty mogul spin on the Response Hoverturf is his best Adidas collaboration yet and his most engaging sneaker since the Nike Air Max 1/97 that put him on the map. It also marks the return of corduroy, Wotherspoon’s favorite fabric, which had yet to make an appearance since joining the Stripes team.

In addition to the cords, the multi-colored hiking sneaker also uses sturdy mesh and nylon to provide a variety of textures. 100 percent recycled polyester is used for the sockliner and insole, while the upper contains 20 percent recycled polyester. Underneath the drawstring pouch, which can be removed to be worn around the neck or over a belt loop, is an embroidered Jiminy Cricket – which serves as an unexpected link to Wotherspoon’s commitment to sustainability.

Disney developed the character for its adaptation of Pinocchio, giving it a name and a more involved role in children’s storytelling. But those who have been to Disneyland will also recognize Jiminy Cricket in the park’s recycling bins, on which he appears with a sign that says “Recycle Please”.

Jiminy may be your secret – Not only can the detailed embroidery be hidden by the drawstring pouch, but also by a zippered tab in which Jiminy Cricket is contained. Above that tongue is a quick lacing system, which is one of the many components that make it a great hiking shoe as long as you can stand up to get it dirty.

Adiprene cushioning meant to absorb shock is used for the midsole, while the outsole uses Traxion technology to maximize grip on soft surfaces and is given a smooth finish to prevent mud from sticking to it.

T-shirts and hoodies featuring Wotherspoon’s collaborative Adidas logo will release alongside the sneakers this Saturday, September 25. tease a “surprise” to make sure you can make a pair.