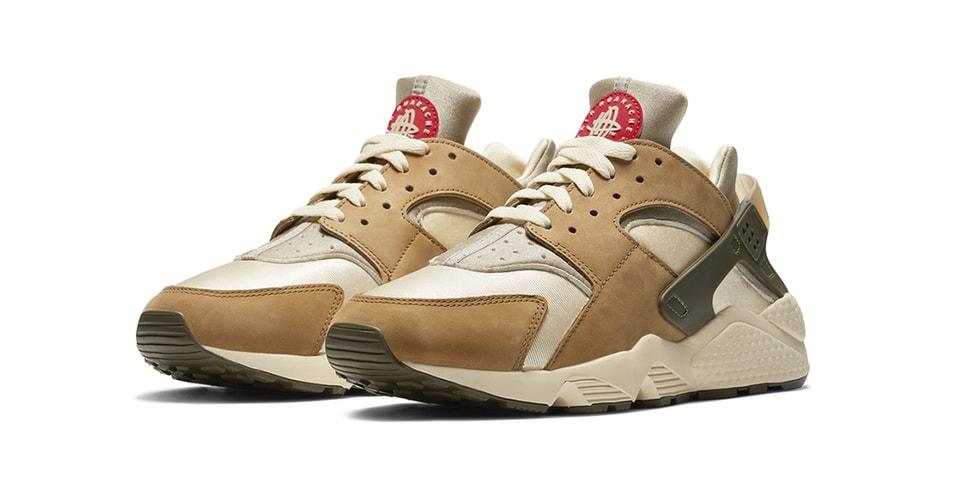 Long-time allies, Stüssy and catapulted themselves back into the realm of elite shoe collaborations last year with the sought-after Air Zoom Spiridon Cage 2 and Air Force 1 capsules. And in 2021, that momentum is set to continue as the two sides prepare to breathe new life into one of their first sneaker projects led by Michael Kopelman and Fraser Cooke of Stüssy UK from 2000. – the Stüssy x Nike Air Huarache “Desert Oak”.

The pair’s rebirth – which also arrives alongside an iteration of ‘Dark Olive / White / Varied Corn / Ivory’ – was recently teased via Stüssy’s SS21 lookbook, but it has now come to light through imagery. detailed official.

Featured with the same palette that has been used since its initial launch 21 years ago, the low-cut kicks draw on a mix of earthy tones to dress it up in its entirety. The synthetic underlays are coated with a “Light Straw” exterior, and are next to “Desert Oak” overlays materialized by a smooth nubuck. Notes of charcoal gray appear on the synthetic layer that forms the throat and wraps around the rear end. Other details to highlight include that of the red Air Huarache emblem affixed to the tongues, in addition to the silhouette’s signature heel cage which is covered in olive faded along the sides and sees a tan / translucent tint towards the heel.

The midsole units that usher in tone-on-tone polka dot textures and the “AIR” branding towards the back are given ivory skin and are stacked on a darker outsole that matches the sides of the aforementioned cage.

Elsewhere in the sneaker news, official photos of the UNDERCOVER x Nike OverBreak in white have surfaced.