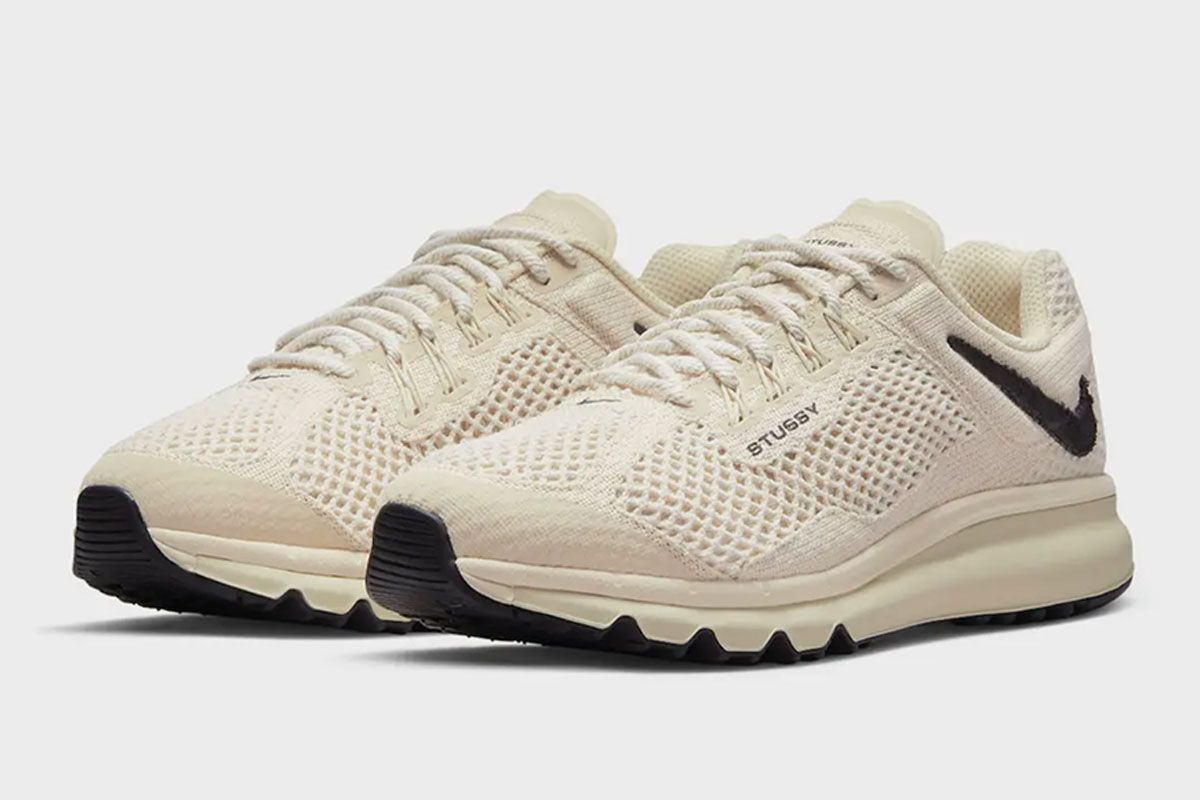 To buy: To confirm

Editor’s notes: Stüssy, the gift that keeps on giving. Between its honed takes on summer essentials in capsules and seasonal collections, its highly sought-after teams with Our Legacy via WORKSHOP, and its long history of streetwear, there’s no reason the Cali-cool brand shouldn’t be not in the front of your mind at all times.

For the sneakerheads among us, Stüssy has plucked pennies from our pockets over the years, thanks to its reasonably high-profile collab with the Swoosh.

Given the heritage and heritage of the brand, it’s no surprise that it has quite a few Nike co-creations under its belt. Every time these two come together, you know you owe something unique to the rest of Nike’s collaborative roster. Whether it’s a one-off colorway or a silhouette rarely touched up (if at all), they rarely disappoint.

Most recently, the duo knocked it out of the park on a set of Air Force 1 Mids, which were preceded by the Zoom Spiridon Caged, Air Force 1 Low, and the beloved Air Huarache “Desert Oak,” all of which paved the way for the unexpected Air Max 2015.

When a brand steps into the spotlight to remix an Air Max style, new iterations are rarely chosen, but Stüssy sets its own rules.

For the first officially unveiled colorway, Stüssy borrows the sand beige and black palette used on the Zoom Spiridon Caged. A second colorway has also been spotted on @geepatta’s feet, which apparently mimics the recently released Air Max Plus OG “Scarab”.

Details surrounding the release remain a mystery, but hopefully more colorways will be revealed as Nike and Stüssy tend to release three-packs.

​​To stay up to date with everything happening in the world of sneakers, check out the best sneakers to add to your rotation this week, follow @highsnobietysneakers on Instagram, and sign up for our newsletter for early access to the best drops sent straight to your inbox.

How much of an FHA loan can I qualify for