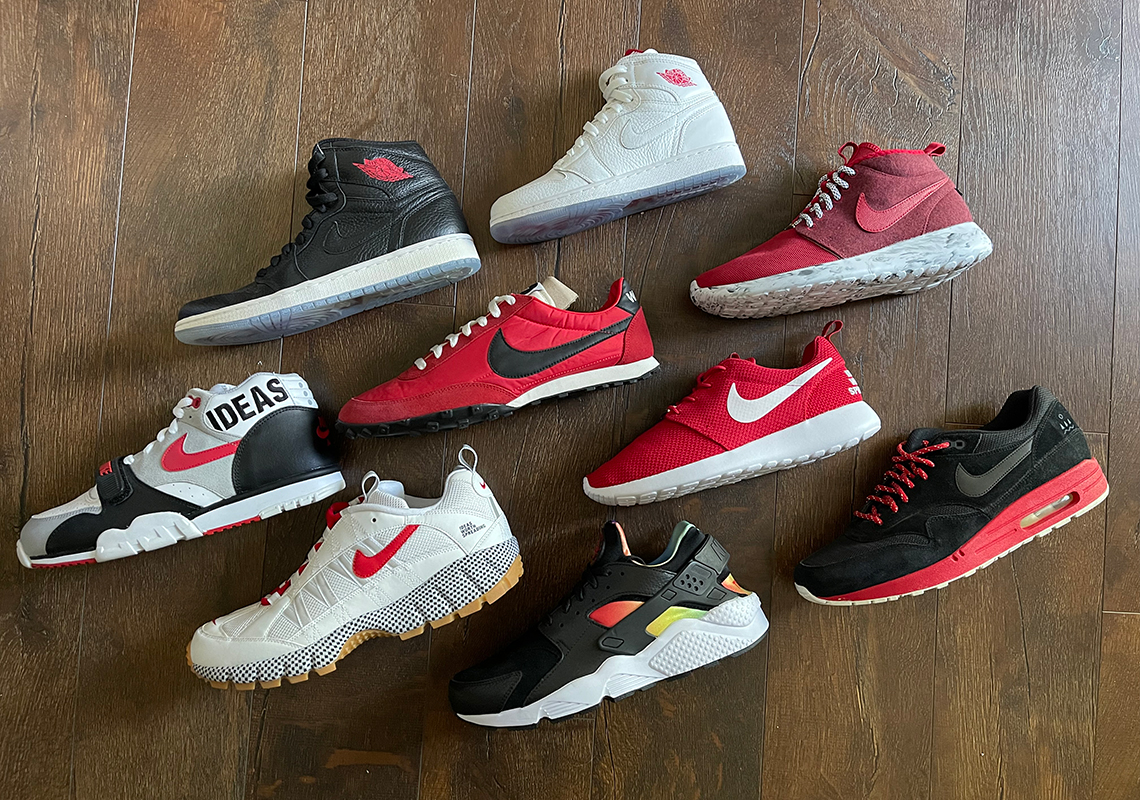 After three postponements and over three years of intense planning, Year 10 of TEDxPortland is finally going as planned. Scheduled to go live on May 28, 2022, the one-day event will feature a number of exciting speakers and performances, each representing this year’s theme: “BOLDNESS”.

Nike is also joining the lineup, adding another collaborative sneaker – this time the Air Force 1 – to an already extensive catalog. And while no images of this shoe have been shared yet, Sneaker News will have an exclusive first look to share this Sunday, so be sure to stay tuned.

Tickets for TEDxPortland are currently available through ticket master, starting at $59.00. The event will also be streamed live, but keep in mind that you’ll likely need to be there to participate in the first available opportunity to secure the AF1s mentioned above.

In celebration of TEDxPortland’s 10th anniversary, it’s only fitting that we revisit each of the Nike sneakers that have led to this point. Totaling up to nine, the list covers everything from the Air Jordan 1 to the Air Trainer 1.

There is an obvious guiding line throughout the collection, as each pair remixes the same slogans and colorways. Some, however, are much simpler than others, with the Air Jordan 1 simply boasting “PERFECT” on the outsole of its black and white palettes.

The Roshe Run Mid, Roshe Run and Waffle Racer are much bolder in their predominantly red scheme, with the latter two displaying “What If?” and “IDEAS TO SPREAD”, respectively.

And while dressed in black like the similar base Air Max 1, the Air Huarache offers a dynamic gradient instead of any motto.

Rounding out the ensemble are none other than the Air Humara 17 and Air Trainer 1, whose red Swooshes and neutral base amplify adjacent TedX branding. 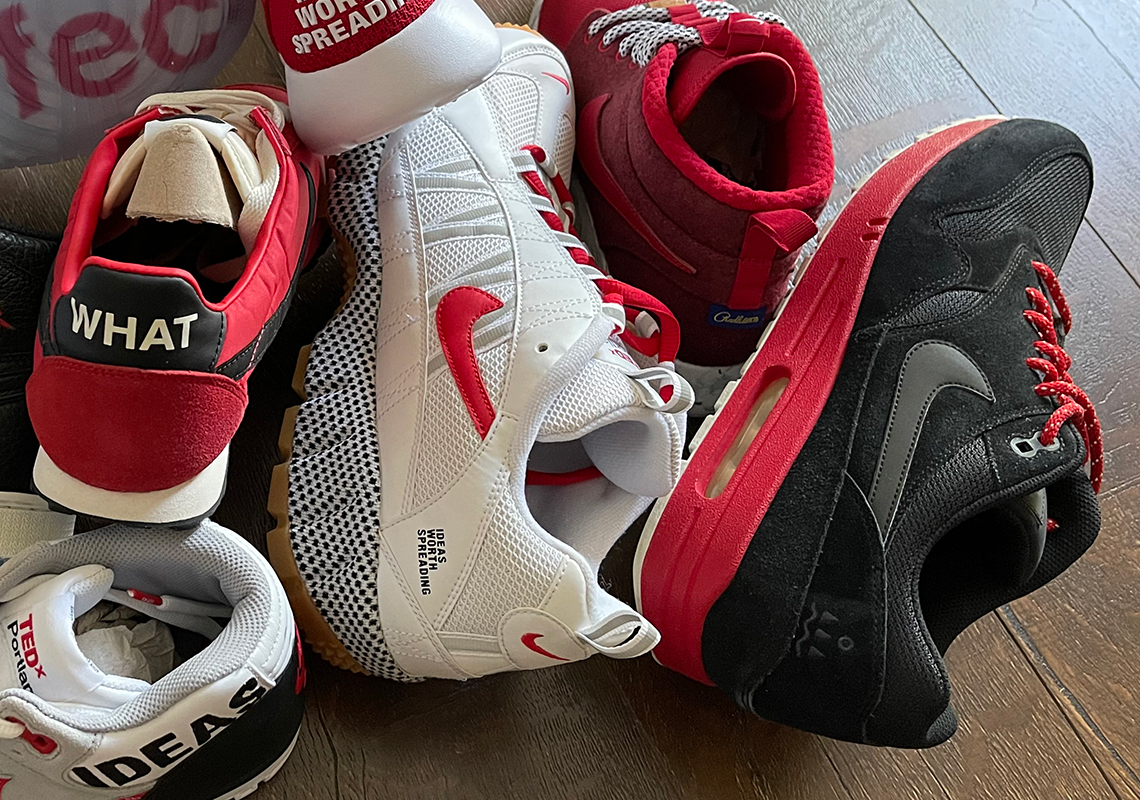 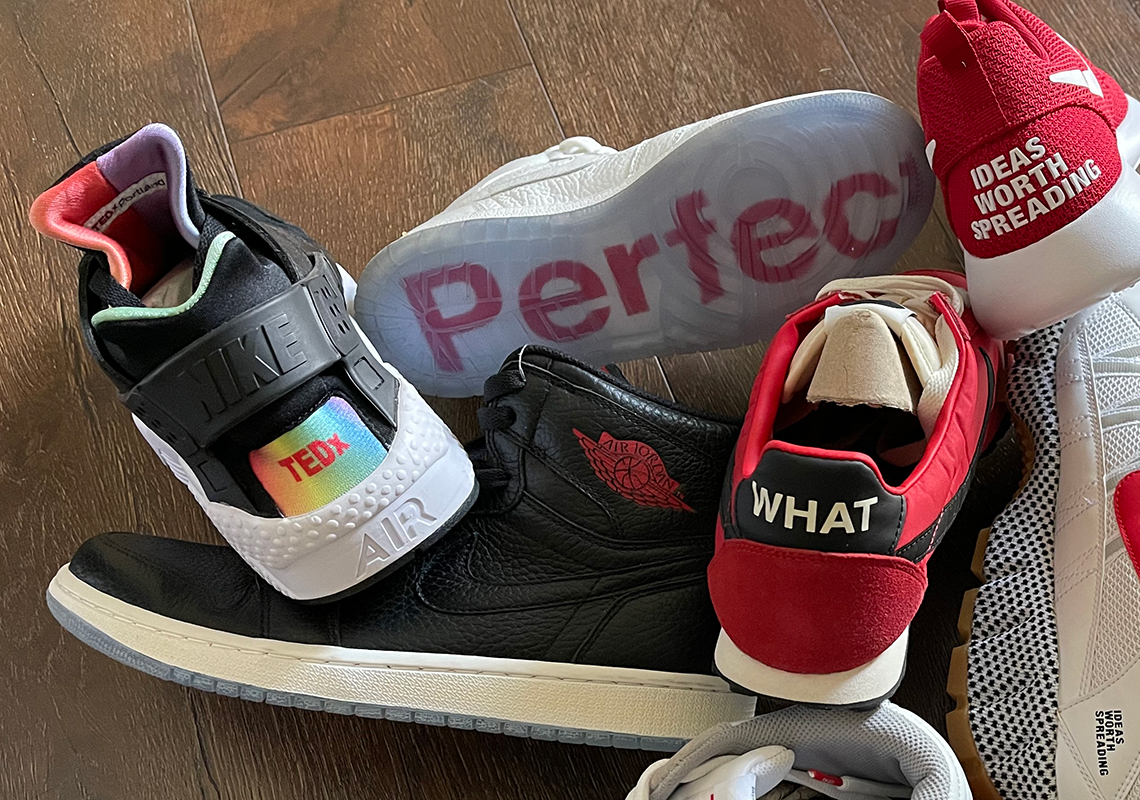 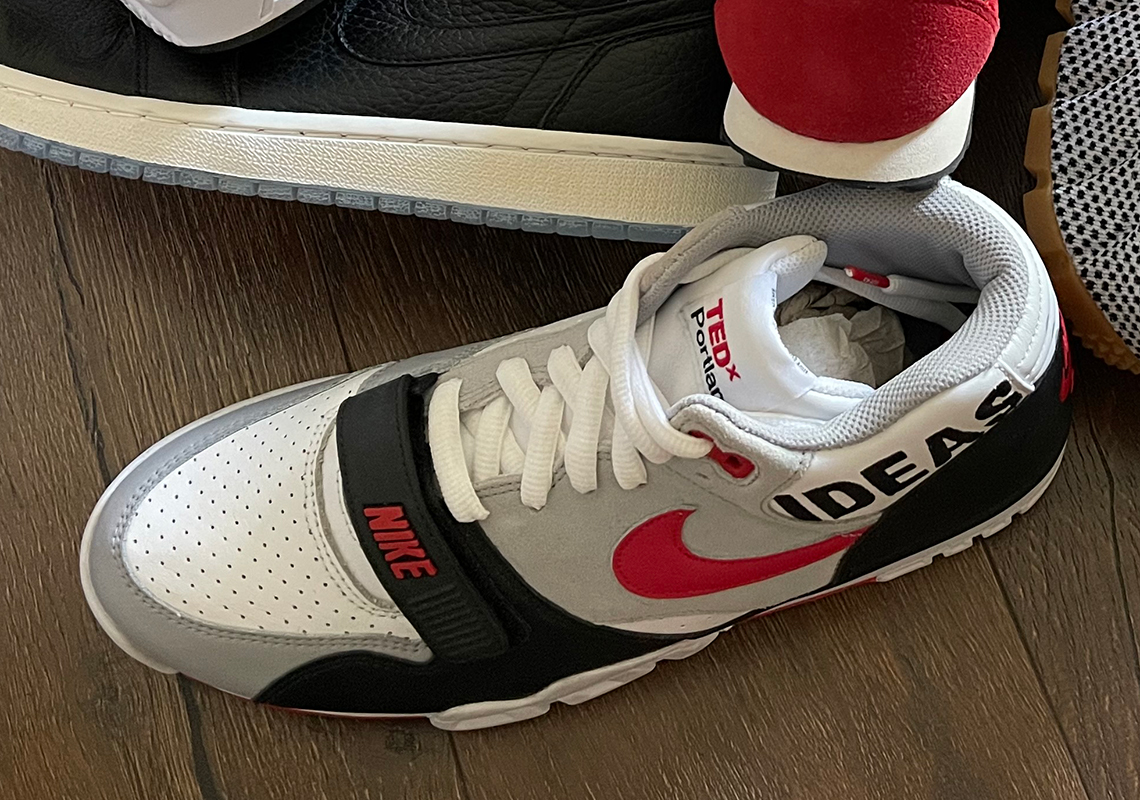