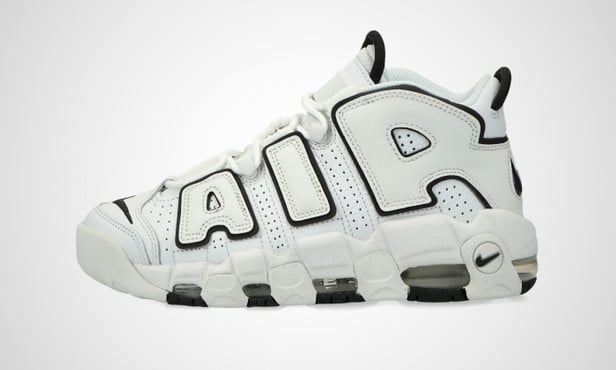 The five best Scottie Pippen sneakers of all time

Scottie Pippen was excellent in court in his manners; many remember him as the guy who pushed Michael Jordan to achieve all the records he currently holds. That’s why Scottie is still considered a Jordan Sidekick. There is no doubt that Scottie is one of basketball’s greatest players. Without him, maybe Jordan wouldn’t be so great. What if Jordan didn’t play basketball? Would Scottie have been the best? This is the question most basketball fans still ask themselves. Even though Scottie was honored among the 50 greatest players of all time to grace the basketball court, many people still underestimate him because Michael Jordan eclipsed his presence. Jordan continued to propel him with his Air Jordan line from court to shoe game. Sneakerheads remember the Scottie Pippen shoe collection. However, casual fans might not know that Scottie had his signature line as well. The truth is, the Scottie collections look good, they weren’t a flop for sneaker fans, and it was just overshadowed by the GOAT in the game, even in the shoe game. Let’s pay homage to the top five shoes we can remember Scottie Pippen with. 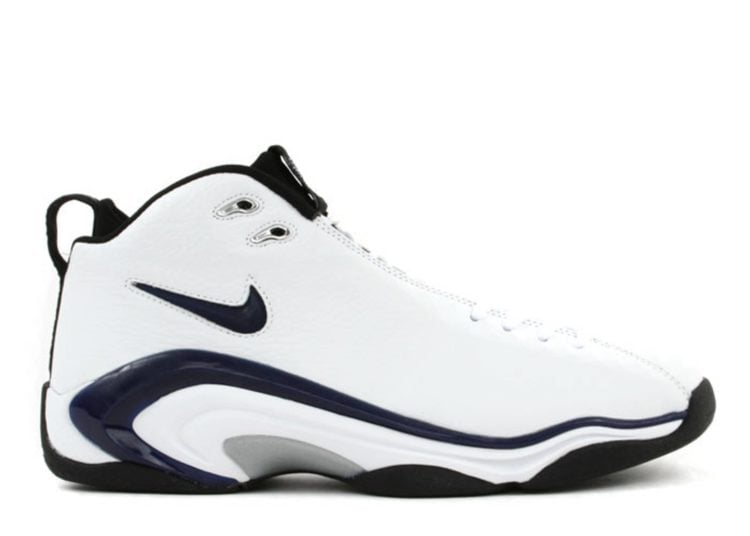 This pair was the second repeat to come out of Pippen’s signature shoes. This collection was designed by one of the top designers in the game called Aaron Cooper. It featured Zoom Air. Air Pippen 2 was the best sneaker that Scottie experienced successfully on the court. He showed great aesthetics and performance when he wore them in tournaments. This pair was equipped with responsive cushioning and a sleekly designed shape that resembled a classic car. The design was no different from other basketball shoes that NBA players wore at that time. It featured a chunky shape that was wavy with 33 graphic numerals on either side of the medial and lateral sides. This is the shoe model Pippen used to win his sixth NBA championship with the Chicago Bulls, which was his last title with that franchise team as he was traded the following year to join the Houston Rockets and put end to the incredible time he spent with the Bulls. 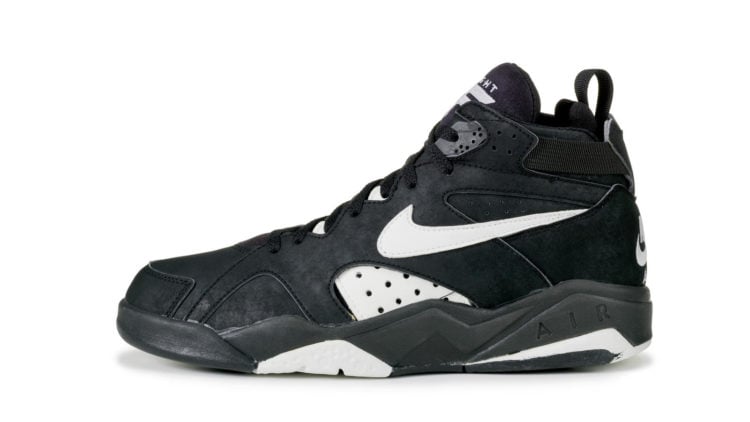 Scottie’s association with Nike Air Maestro goes way back in his dynamic career. At one point he was pictured in 1993 wearing a black pair during a heated confrontation with John Starks. The second version of Air Maestro he wore to the 1994 NBA All-Star Game was red. He was crowned MVP in that game. Tracy Teague designed the first version of this sneaker, and the second version which came out in 2017 was created by Ronnie Fieg and retails from $80. 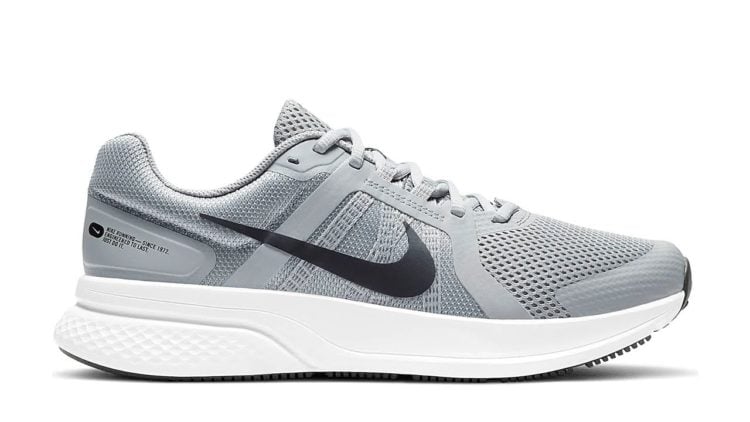 The 1994 season was a good season for the Chicago Bulls. They were playing for fun and looking to defend their title for the fourth straight season. During this season, Pippen has been photographed wearing Nike Air Swift. This season kicked off with MJ and Pippen appearing on the court wearing Nike Air Up in two distinct PE colorways. But this model was made famous by Penny Hardaway. According to Highsnobiety, Pippen wrote on his pair of Nike Air Swift the famous signature 4PEAT’, to symbolize their mission for this season which he inscribed with a black marker on the side of his shoes in the playoffs. The Chicago Bulls failed in their mission to win the title that season. Still, in Game 6 against the New York Knicks, Pippen made a memorable dunk and stared at the New York Knicks’ Patrick Edwin in the Eastern Conference Semifinals, where he nearly murdered him. It made the shoes so dear to him. 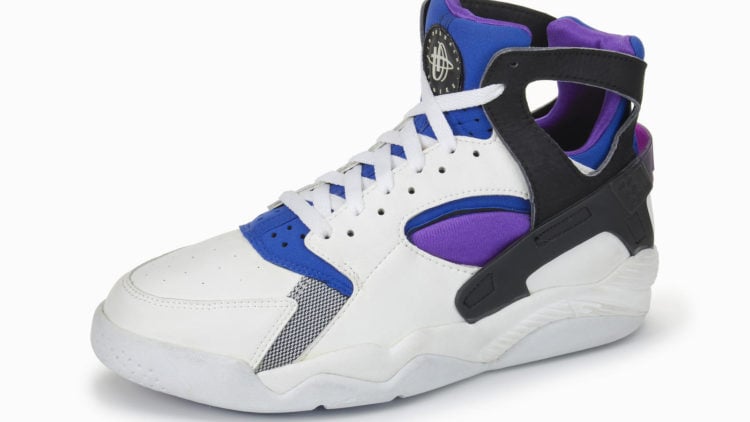 It looks like the early 90s. Pippen has used a wide range of sneakers; another famous pair he wore during the tournament was the Nike Air Flight Huarache release. Nike releases this pair to honor the groundbreaking Air Huarache running shoe, which was released in 1991. The running shoe has been tuned with a design to be used for basketball performance. The Huarache sneakers are still available in the market as Nike produces and sells them for $220. You can grab the pair of your love sneakers to remember Pippen with.

Our number one shoe in the list of Pippen shoe games is another Nike creation. Nike Air More Uptempo is undoubtedly Pippen’s popular shoe with which he graced the basketball arena. This brand is still marketed in stores due to its fame and design. There is talk of a supreme collaboration around these shoes to continue their production. Pippen is remembered with Nike Air More Uptempo during the record 72-10 season, when the Bulls created a legendary record. He also competed in the 1996 Olympics when Team USA won gold. This pair was what everyone wanted after the Olympics, and Nike took it all over the world when they released it with all white lettering, red highlights, a navy blue background and the favorite number 8 of Pippen Olympics on the heel. It seems that this pair was very smart every time Pippen wore them.

Since Nike released this pair of shoes, Air More Uptempo has crafted with a million different colorways and reimaginings. But the original black and white model that Pippen won various titles with always stars. The Air More Uptempo design features a synthetic upper, bungee cords, jewel logos, full-length Nike Air, and giant AIR lettering on either side of the shoe’s sides. Every creative piece of this shoe makes for a nostalgic pair in the Don sneaker. Surprisingly, Air More Uptempo wasn’t a ‘Pippen’ shoe, it wasn’t even his PE, but he made them famous around the world, that’s why we tip our hat to Mr.Pippen.You can order your pair of these sneakers from the stores that sell them; they sell for between $300 and $600.

Legend Scottie Pippen might have had an understated line of his signature Nike shoes, but he can be remembered as the most famous person who was the face of the incredible Air More Uptempo with the pair he wore in the 1996 American Gold- Winning Team.