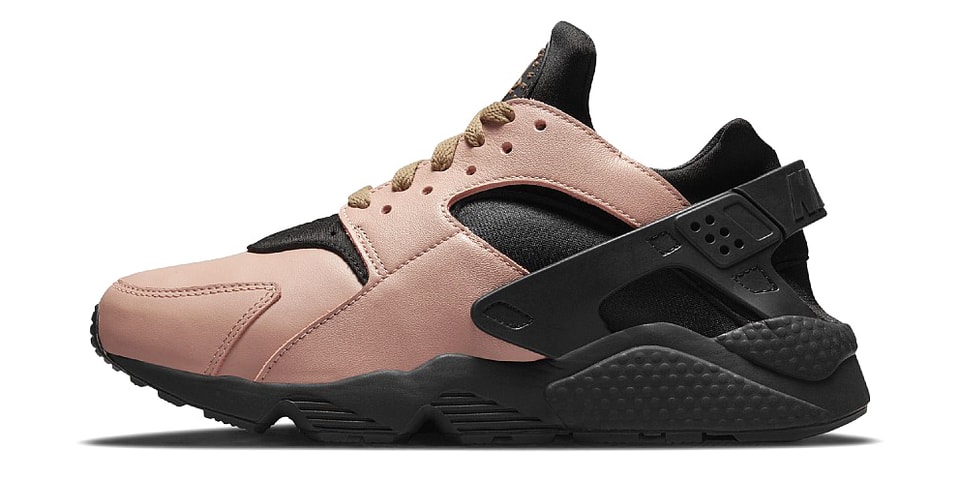 In 1991, Tinker Hatfield designed the Air Huarache, and he had no idea he would become a staple in the footwear scene. Now the limited edition Huarache LE “Toadstool” is about to return as a staunch retro version.

Comprised of a “Toadstool / Black / Chestnut Brown” colourway, this LE iteration dates back to 1992 and is known for the use of buttery brown leather on the upper which patina with age – according to photo proof from the blog Snidehead – and this new version seems to be pretty much the same.

Brown leather works the toe, upper, center panel and eye areas, while foam-padded black mesh has been used for the throat and tongue, mid panel lower panel and heel section where the Nike branded heel strap is located also appears in black. The retro Huarache tongue tag roundels are served in black with “Toadstool” detailing alongside matching laces, while a black air-fitted sole complements the overall shoe design.

As this pair is an ‘LE’, a special stamped ‘Limited Edition’ tag can be added to the shoe and hung through the eyelets, just like the original ’92 pair. Additionally, Nike have decided to release this pair in a size ranging from UK 3 to UK 18, which means almost anyone should be able to wear this rare colourway.

The Nike Air Huarache LE “Toadstool” is scheduled for release on September 10 at retailers such as Sevenstore for US $ 174.50. Take a closer look at the pair above.

In other news, another pair of Dunks come out. This time around, they come with a neutral gray finish alongside aged midsoles.