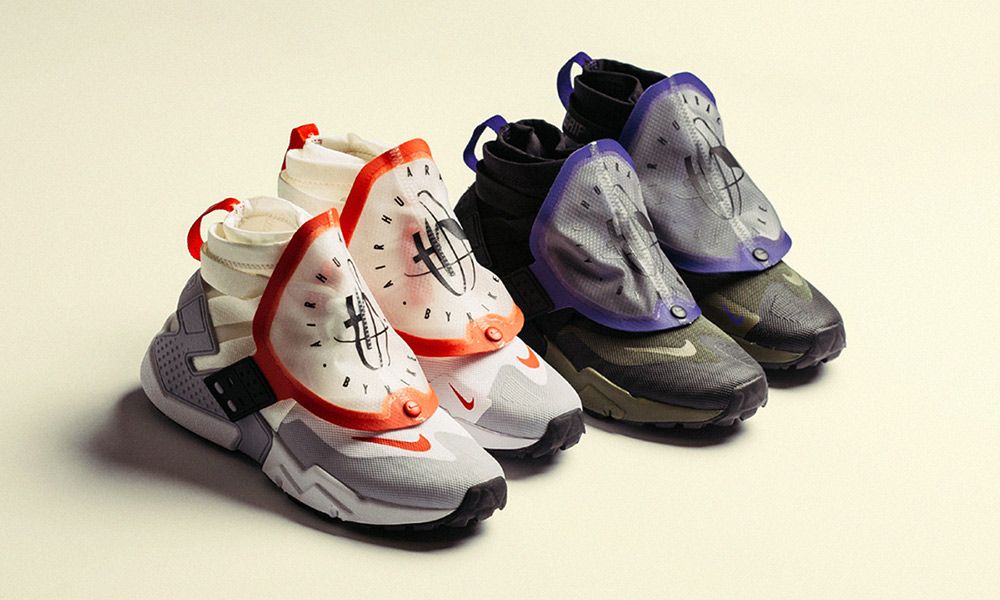 The Nike Huarache Almost Never Released, Here’s What Saved It

You don’t have to be a die-hard Huarache fan to appreciate that the shoe holds a special place in the Nike shoe catalog. The Huarache’s revolutionary combination of neoprene sock liner and rubber outer cage hugs the foot and locks it in place, while the flexible, responsive Nike Air sole unit cushions and cushions like no other technology.

To complement the now beloved design, the original 1991 Huarache also came with a clever ad campaign that posed the question – “Have you squeezed your foot today?” Nine years later, the Huarache became even more entrenched in early streetwear history when Stüssy worked with Nike (the first partnership between the two brands, still ongoing today) on a Huarache Collaboration In 2000.

Arguably the best thing about the Huarache is that it continues to evolve and adapt. As styles and trends change, so has the Huarache. Let’s not forget this gladiator-style Wild Huarache design from 2017.

Highsnobiety sat down with LeMar Anglin, one of Nike Huarache’s biggest advocates, to talk about their newest model – the Air Huarache Gripp. As we chatted, the origins of the silhouette were revealed and we learned that the original model almost never saw the light of day. Read on to find out what saved her and made her the street style icon she is today.

First of all, what was your role in the Huarache Gripp project?

I am Product Line Manager (PLM). I work with a team of designers, developers, and engineers to help oversee and manage the project through to completion.

What are some of the features that make the Gripp unique from other Huarache models?

We started by looking at the Huarache concept, which is all about hugging the foot and providing an innovative fit. We also thought about the origin of the concept, which stems from Tinker’s water skiing – he wore a protective liner that keeps you locked in and as protected as possible from the elements. From there, we used new tooling from the Huarache Drift, which features very comfortable CMP foam, along with an inflatable heel cushion and clip that wraps under the updated rugged outsole for added stability. and comfort. Most other Huaraches or sneakers in general don’t have an aggressive tread or clip like this to add stability and durability.

The Gripp also includes an inner bootie that hugs your foot to help keep you dry and warm, and an outer bootie for a second layer of weather protection. It’s our way of really trying to keep you warm and dry to stay comfortable. There is an extra seam zipper on the front for added protection when closed and a looser fit when open. Finally, we added chunky rope lacing to complete the sturdier shoe and “Gripp” branding to the heel and medial ankle. There is also the thick webbing which is used for easier lacing.

Where does the name “gripp” come from?

“Gripp” is a nod to the function of the shoe. The liner grips your ankle for protection, the aggressive tread grips the ground to keep you going, and I hope the aesthetic catches people’s attention and makes them look down.

What sets the Huarache apart from other silhouettes in general, and why is it such an important design for Nike?

The Huarache is a 28-year-old innovation that launched in 1991 and created a more personal fit shoe, which led to the “Have You Hugged Your Foot Today?” countryside.

What is remarkable is that the shoe was almost never made. Without Tinker, Sandy Bodecker and two others who really believed in the idea of ​​creating a more minimalist shoe with an innovative fit, the shoe would never have been launched. They didn’t have much in-house support, to the point that no retailer reserved the first Huarache until a pivotal moment in November 1990.

A product distributor who truly believed in the Huarache concept ordered a few thousand pairs from the factory (he certainly put his livelihood on the line, but that’s what you do when you believe in something). He had them sent to the New York Marathon where he set up the “Scream Green” colorway at a table and just let people come and try on the sneakers and buy them if they wanted. It sold!

After that, the folks at Nike and the retailers caught wind of the shoes selling out and they ended up putting the shoes online for release in 1991. There is a powerful lesson to be learned there. Huarache is a shoe for people who are not afraid to be different, and it’s for people like Tinker, Sandy and this marketer, who are ready to face challenges despite the obstacles in their path and to put everything on the line.

What does Tinker Hatfield think of Gripp?

Tinker loves having the team push him to new places! For him, the Huarache has always been a concept and not just a shoe, so the fact that we’re trying to evolve the concept of fit innovation with things like the Gripp and things coming out in the future excites him. . I show him everything we’re working on, so he’s very up to date.

Was the Gripp designed for a specific person or athlete?

To be honest, it was designed with function in mind. Lee Gibson, the designer, was thinking about people on the edge of culture and style, and pulling together unexpected combinations and references in the process. He was inspired by people who are unabashedly themselves no matter what; those who bring unique ideas to the table. People like this are fearless, magnetic and attract others. This shoe and all Huaraches are designed for them.

To stay up to date with everything happening in the world of sneakers, follow @Highsnobietysneakers on Instagram, check out our sneaker release date schedule and subscribe to our sneaker chatbot on Facebook to receive lightning-fast updates in your inbox.