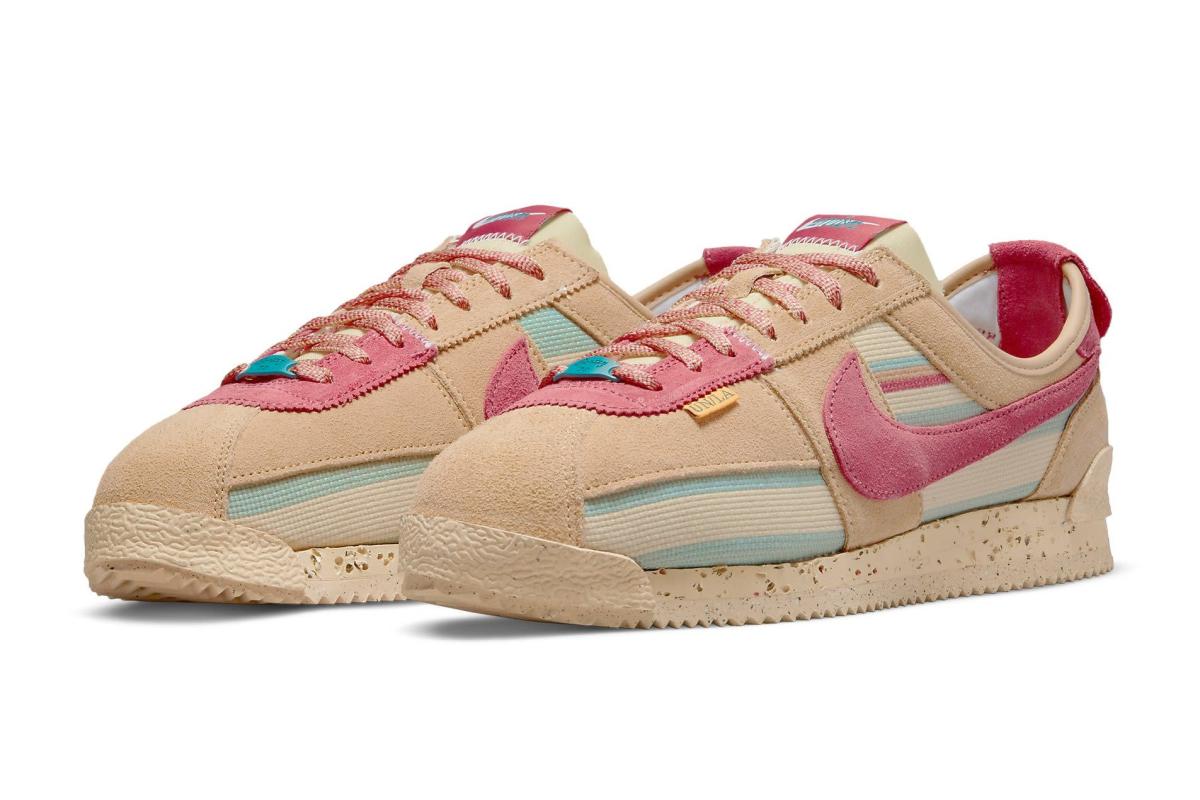 The sportswear giant and the famed retailer have teamed up to celebrate the Cortez’s 50th anniversary, giving the iconic sneaker a look described as “an expression of Los Angeles’ cultural diversity.”

The shoe features woven textile underlays, thick suede overlays, and rubberized toe caps that Nike says “pay homage to the vibrancy of Angelenos and the rich history the icon has in the city.” Additionally, this iteration is executed with durability-focused Crater Foam midsoles and Nike Grind outsoles, both of which are made with at least 10% Nike Grind.

Longtime collaborators Union Los Angeles and Nike have a new sneaker project in the works.

A first look at the Union LA x Nike Cortez surfaced on social media in December 2021, which revealed the shoe features a deconstructed look on the upper and comes dressed in a predominantly Brown shade. To break up the look, red hits cover the Swoosh branding along with multi-colored stripe detailing to the sides. The design is completed with multi-colored laces, a “UN/LA” tag on the eyepiece, red heel tab, brown foam midsole and matching rubber outsole.

In addition to the upcoming collaboration with Cortez, Union also teamed up with Nike subsidiary Jordan Brand in April to deliver two new Air Jordan 2 collaborations.

Although images of the Union x Nike Cortez collaboration have emerged, release details for the shoe have yet to be announced by either party involved.

In related Nike news, jacquemus teased a new women’s-focused Nike collection that’s designed under the Swoosh’s vision of “50 for her.”

The best of shoe news