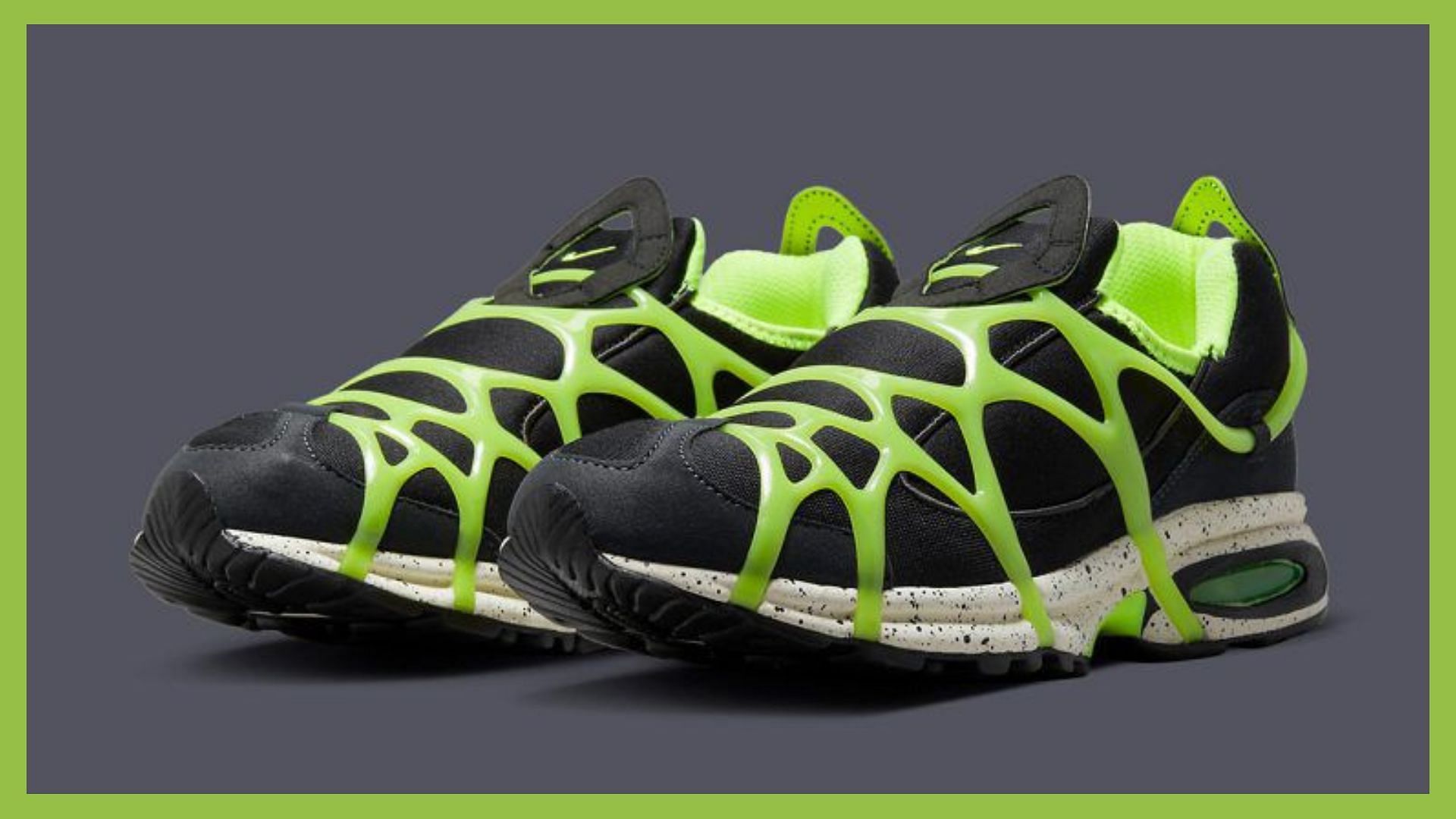 The Oregon-based sportswear giant is working on a retro-inspired selection of Nike Air Kukini, one of its most coveted silhouettes. This sneaker design will now embrace a “Black Neon” outfit for a new release.

The imminent Nike Air Kukini “Black Neon” colorway is set to hit stores in the coming weeks. While confirmed drop dates for these pairs are still pending, they will be available for purchase on Nike’s official shopping website, alongside other partner retail chains. Each pair will cost you $135.

Nike launched Project Alpha at the dawn of 2000, as part of an innovative line of items intended to redefine the boundaries of shoe design and efficiency. One of the designs that best represented this idea was the Air Kukini, with its laceless construction as well as webbed upper offering a new perspective on what shoes can look like.

The Swoosh label had never done anything like the futuristic design when the silhouette was introduced in late 1999. Following this, the design of the shoe evolved in 2000. The Air Kukini is branded with a row of five points, just like the rest of the Alpha project. shoe.

For the uninitiated, Sean McDowell, who previously created the iconic Air Max Plus and later the Mayfly, was the designer behind the creation of the Air Kukini. Since his induction, the brand has given the shoe many overhauls.

Previously, in 2022, the Swoosh label launched various new styles and color palettes of its fan-favorite Air Kukini silhouette. Colorways like ‘Game’, ‘Water’, ‘Paint Splatter’, ‘Mighty Swooshers’ and ‘Triple Black’ were teased earlier this year. While some were all-new makeovers, others were popular iterations reappearing from the past. This listing will now feature another “Black Neon” color scheme.

The newly created variant of the Nike Air Kukini features a sleek black neoprene upper and premium nubuck overlays that are joined with the juxtaposed “Neon Green” TPU cage.

Here, the toes are wrapped with black suede panels. One end of these suede elements holds the TPU net in place. This cage is then fixed between the soles to make them more robust and ensure their durability.

Next, bright neon tones appear in the interior linings and insoles. The fluorescent soles are stamped with black swooshes. Additionally, the black knitted tongue area is adorned with tiny neon green swooshes. The rear heels are stitched together with the nubuck overlays that form black pull tabs.

Rounding out the shoes, off-white and black speckled midsoles are united with bold black outsoles.

Keep an eye out for the next Nike Air Kukini “Black Neon” edition due out in the coming weeks. Readers will be able to purchase these original shoe designs from Swoosh branded online stores and other select retail stores for a payment of $135. Sign up on Nike’s website to stay updated on the new colorway.