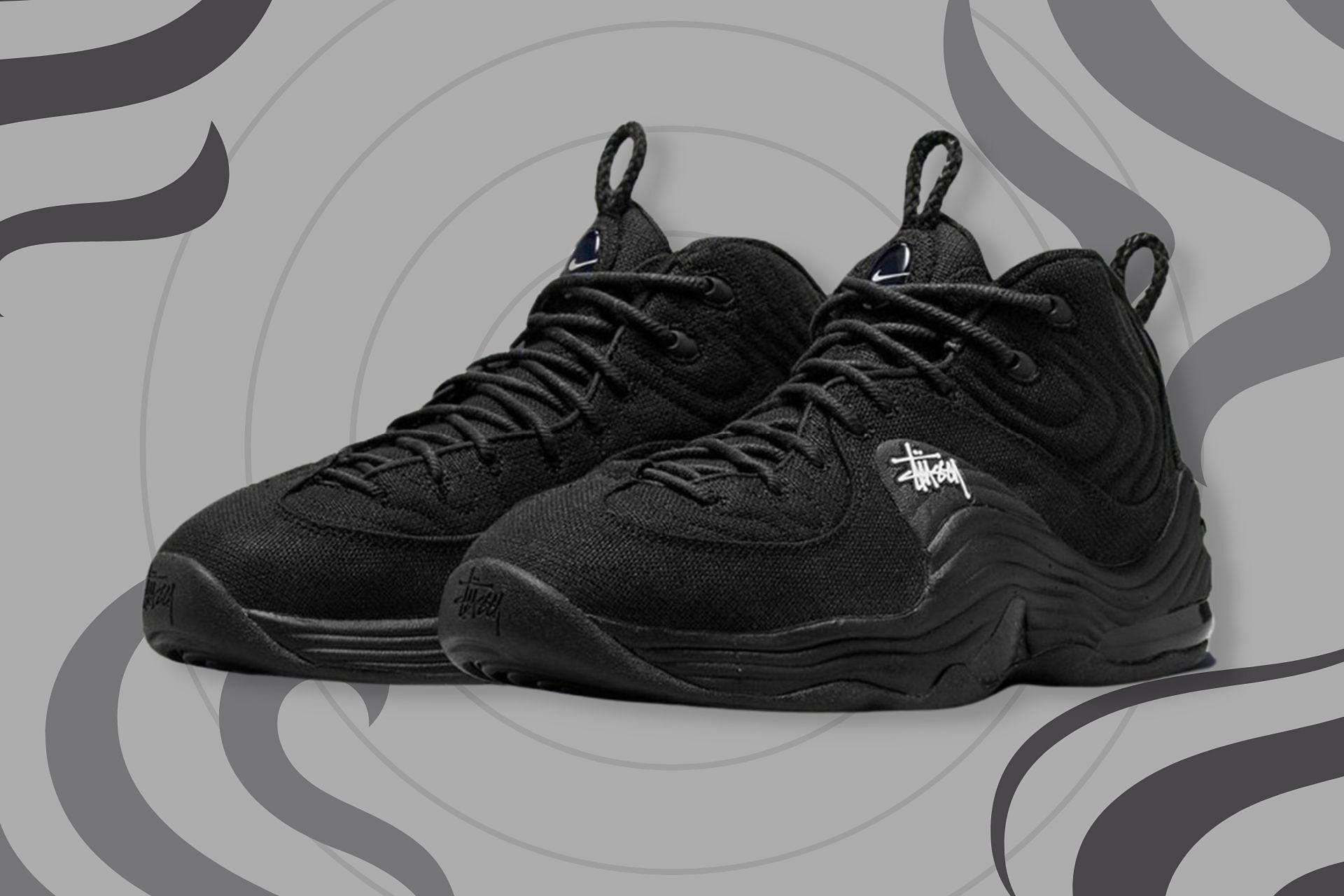 Oregon-based sportswear brand Nike is collaborating with California skate and surf streetwear giant Stussy for another footwear collection. The rumored collaboration is likely to launch Black and Fossil colorways.

The longtime partners’ next collaborative sneaker collection comes after August 5, 2022, when they released the Air Max 2013 collection, which was highly publicized and sold out within hours. The upcoming black Stussy` x Nike Air Penny 2 sneakers are set to launch on the official Nike SNKRS e-commerce site in 2022.

The next Stussy x Nike project is unique and different from those released in the past. The dynamic duo have previously collaborated on classics like Air Huarache, Zoom Spiridon Cages, Air Force 1 Mid, Air Force 1 Low, Air Max 95, Blazers and most recently Air Max 2013.

Now, in the seventh year of their partnership, the duo are stepping it up a notch and releasing a collection of the Air Max Penny 2. The Air Max Penny 2 is an icon of the 90s, and its design is synonymous with this particular era of streetwear and basketball.

The Air Max Penny 2 Black silhouette is crafted from canvas and finished in a tonal Black hue. The upper of the shoes features a dynamic wavy detail throughout the silhouette.

More detail is added with the inculcation of the woven rope pull loops on the heels and tongue, which match the insoles. Brand details are added throughout the trainers, with some accents on the insoles, tongues and rear of the shoe at the heel.

A few hits of white branding highlight the triple black silhouette, standout branding details include Nike Air embroidery on the heel and accented Stussy pattern on the midfoot.

The design is linked to a black wavy Zoom Air sole, which gives the silhouette even more style. The Zoom Air soles also feature an additional branding detail with Stussy and Penny Hardaway’s 1 Cent logo expression.

The most prominent feature of the silhouette is characterized by the wave-patterned design, which extends to the rear and midfoot.

Despite the Air Max Penny 2’s 25th anniversary, marked in 2021, the silhouette hasn’t been celebrated as much in the past year and quarter-century celebrations have been put on hold. Now, the silhouette is finally enjoying its well-deserved glory in 2022. The shoe will come with two sets of laces and come in special custom packaging, marking the collaboration.

Although the label has not revealed any official release information, the pair will reportedly come with two other colorways, one of which is the previously seen Hemp colorway. The pair will also have typical Stussy campaign imagery upon release. , in line with the duo’s previous releases this year.

The pair is rumored to be released in September 2022 on the official SNKRS e-commerce site, according to media outlet Hypebeast.