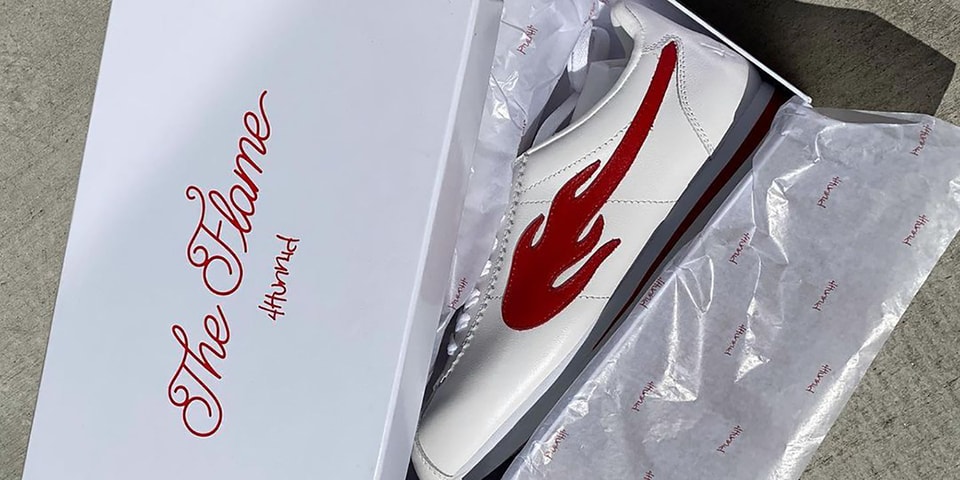 YG is known to be an artist who not only goes strong on the mic, but walks around with undeniable booty. And instead of going out and trying to land a sneaker deal with a sportswear brand, he’s taking matters into his own hands by creating his own shoe silhouette that will be launched under his 4Hunnid imprint: the Block Runner.

Rapper “FDT” first teased his new creation just before the end of 2020, and now he’s officially unveiled it. Since YG was born and raised in Los Angeles, California and represents his city in the umpteenth degree, he designed his sneaker to pay homage to a model that many Southern Californians would consider a local classic: the Nike Cortez. Like the classic Swoosh silhouette – which is also closely associated with the movie Forrest Gump which featured Tom Hanks – these kicks are made with 100% leather base layers. The biggest difference here is that instead of squares on the side walls, the Bompton MC slaps a fiery logo. To make the shoes even more brand-consistent, it adorns the tongues with â€œThe Flameâ€ spelled while the heels are embellished with the 4Hunnid branding.

â€œThe name Block Runner is inspired by what 4Hunnid stands for: the West Coast,â€ YG says as he reflects on his new product. “It’s just that our first sneaker takes to the streets and glorifies The Block because [the block] this is where it all starts for me.

To celebrate their first sneaker release, YG will host an exclusive pop-up for their hometown of LA in early April. If you’re interested in copping, you can expect this clean and crisp “The Flame” pair to launch on March 26 for $ 200 USD via the 4Hunnid online store.

Nike are harder and harder to find in stores. here’s why