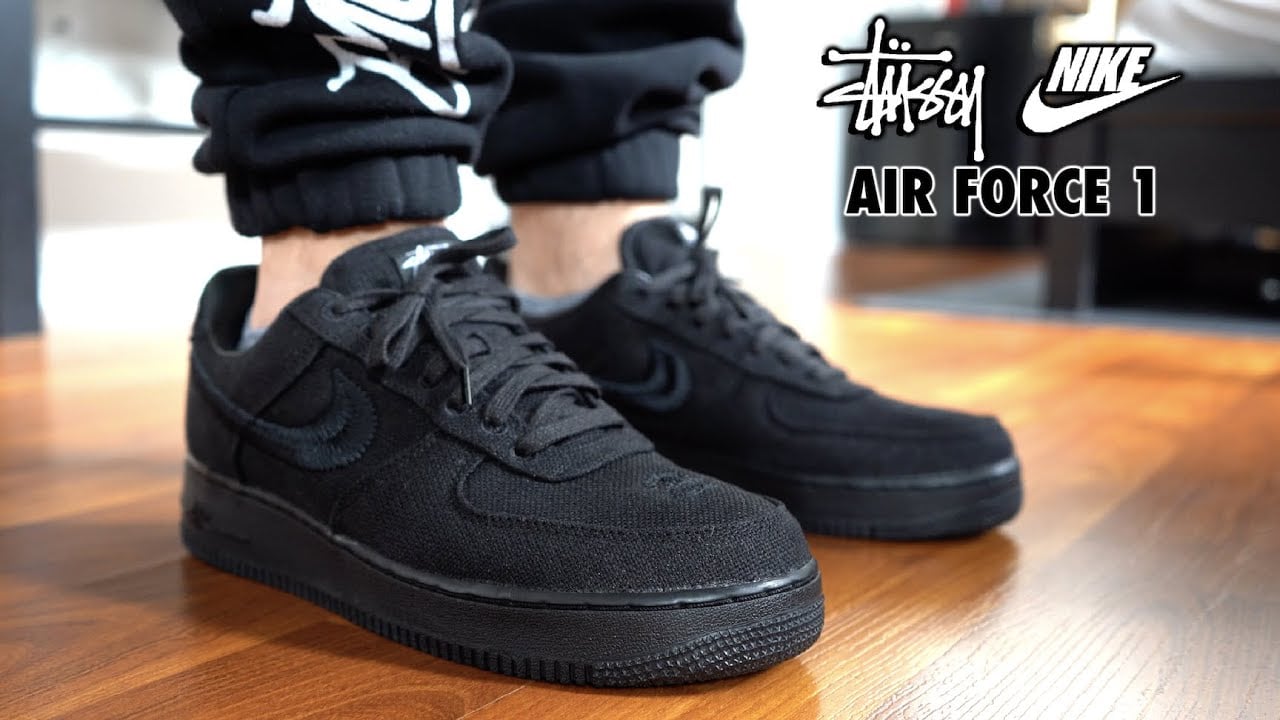 Over the years, Nike has dominated the industry by creating a slew of well-designed sneakers globally. This has attracted the biggest names in all sporting disciplines under this brand for endorsement and has dominated the athletic shoe industry releases with funky and creative designs from its headquarters in Beaverton. Among the brands that have brought great respect to Nike is the Air Force One, which has been released for many years and sold worldwide. In 2022, Nike will commemorate the 40th anniversary since it began designing these beloved shoes with a long list of collaborative releases. One such partnership involves the Stussy X Nike Air Force 1 Mid, which is slated for release this spring. Let’s take a detailed look at this sassy pair of sneakers.

When Stussy and Nike started their collaboration

These two American sportswear companies have had a fruitful collaboration since their creation. According to Graduate Store, a collaboration between them began in 2000 when Nike marketing director Fraser Cooke Stussy, an iconic figure portraying Michael Koppelman, signed on to release the famous Air Huarache. This shoe was released in a limited edition in the London store of Stussy before collaborating in 2005 to release the mythical Nike SB Dunk Low. The collaboration between these two brands has been successful for more than two decades to mark street fashion with signature designers, and fans should expect the best from them.

The new collaboration for the Stussy Nike Air Force 1 Mid

The Stussy Nike Air Force 1 Mid, which is expected to hit the market, will release in three colorways: the fossil version, the black colorway, and the white and black.

The expected Stussy Nike Air Force 1 Mid these two shoe giants will release borrowed some features from the previous “Fossil Stone 2020 AF1 Low” colorway. According to Sportskeeda, the unique monochromatic colorway design will appear in decks of cream and colorful hues on the shoe’s midsoles and uppers. The upper part of the shoes will have a rugged and sophisticated look. The designers used hemp fabrics on this part. This fabric is high quality with natural antibacterial and odorless properties, abilities not found on other synthetic materials for shoemaking. Hemp fiber is considered a durable fabric for making shoes. Another notable change is the iconic ‘Swooshes’, in which the brand’s two designers’ collaborative effort has focused on expanding its size to give it a bolder appearance. In addition, it has a lighter color of ivory embroidery. On the other hand, Stussy have integrated their branding on the heel tabs, straps and tongues to complete the design of the shoe. You will also find white banners with the Stussy logo on the tongues of the shoes. When looking at the back of the shoe, the heel tabs accentuate the Stussy insignia above the embroidered panel, and the straps are uniquely styled with nickname branding. The toe box of the shoe features the SS link logo branding, which is embroidered on it, and the heel counter is secured with a black/silver metal badge. The laces and midsoles have the same light shade of ivory. You can customize the beige color on the upper with any color that matches your personality color taste.

The Stussy Nike Air Force 1 Mid Black version mostly nods to the previous year’s release of the Dunk High version released in 2001. This Dunk High had the same black leather across the entire upper of the shoe, white on the midsole, and black outsole combo on this Mid-cut Air Force 1 release. However, its mainly specific similarity is the use of black snakeskin which has been adopted on the Swoosh. Additional details the designers used include a double S graphic inscribed on the shoe’s toe box. On the heel tab, you’ll spot an elegant silver medallion on the heel jewel. Short Stussy text on the collar straps of the shoe. Velcro anchor. Nike branding is affixed to the shoe’s nylon tongue. The black The Stussy Nike Air Force 1 Mid also comes with black cotton laces with branded tips. Black embroidery is mounted on the heel tab below the classic Stussy emblem. The rubber midsole is completed in black with an extension of the shoe’s monochromatic black theme, and it comes packaged in a lovely special cream and red box.

A notable change in the Stussy Nike Air Force 1 Mid Fossil Black and White release is the anticipated Swoosh that will double as it drops on this shoe to mark the Air Force One’s momentous 40th anniversary celebration. The palette of this model adheres to the simplicity of the yet uncluttered yin and yang pattern. The designer has incorporated different parts of this shoe in muted white at the toe box, tongues, quarters and collars. On the other hand, black paints take over the tumbled leather, Swooshes, ankle straps and overlays of the shoe. Another noticeable change to the sneaker is excluding the traditional Nike branding that people are used to that usually falls off the straps and tongues of shoes. Stussy’s has reworked these areas with its straps featuring the cities logo and embroidered text on the tabs. Additionally, West Coat’s trademark SS logo has been retained on the shoe in perforated form at the toe and on the upper parts of the metal badges on the heels. What’s more, when you order the sneaker, it comes in a cute white and red shoe box and covered with a specially printed tissue paper.

Overall the shoe looks attractive and is made with quality fabric. All three colorways of the Stussy Nike Air Force 1 Mid don’t have a release date yet, but they’re expected sometime in 2022 around Spring. The shoe will launch at Nike and select Stussy retail locations, both in-store and online for ordering.

In times of soaring inflation, how much auto loan should you take out?